Go back to  'Algebra'

Here’s a quick glossary and definitions of Algebraic terms: 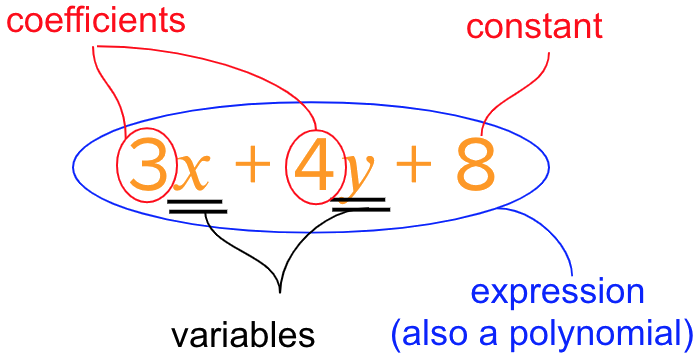 The image above shows a basic equation. This equation is similar to problems in ordinary mathematics.

x and y are variables with 3 and 4 being its respective coefficients. Let’s take a simpler equation:

The question that needs to be answered is “How to solve equations?”

Think of a scale, we keep objects on one side of the scale and weights on the other side to counterweight the object. The same principle is followed here, except instead of weights we use variables and constants.

By subtracting 6 on both the sides, we get x=3. The operation needs to be done on both sides of the equation.

Imagine that three friends bought a cake. The total worth of the cake is Rs.30. To determine what the share of each friend is, simply divide the total amount by 3: