James and Natalie were playing with match sticks and they thought of forming patterns of numbers using the matchsticks. 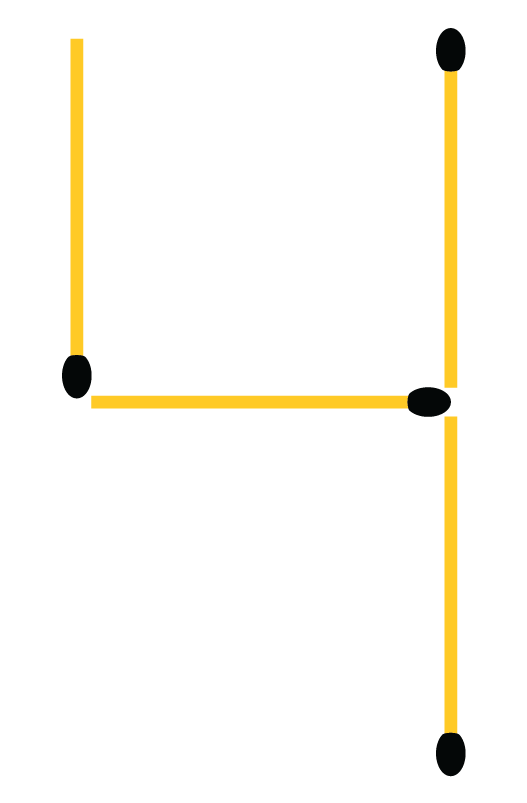 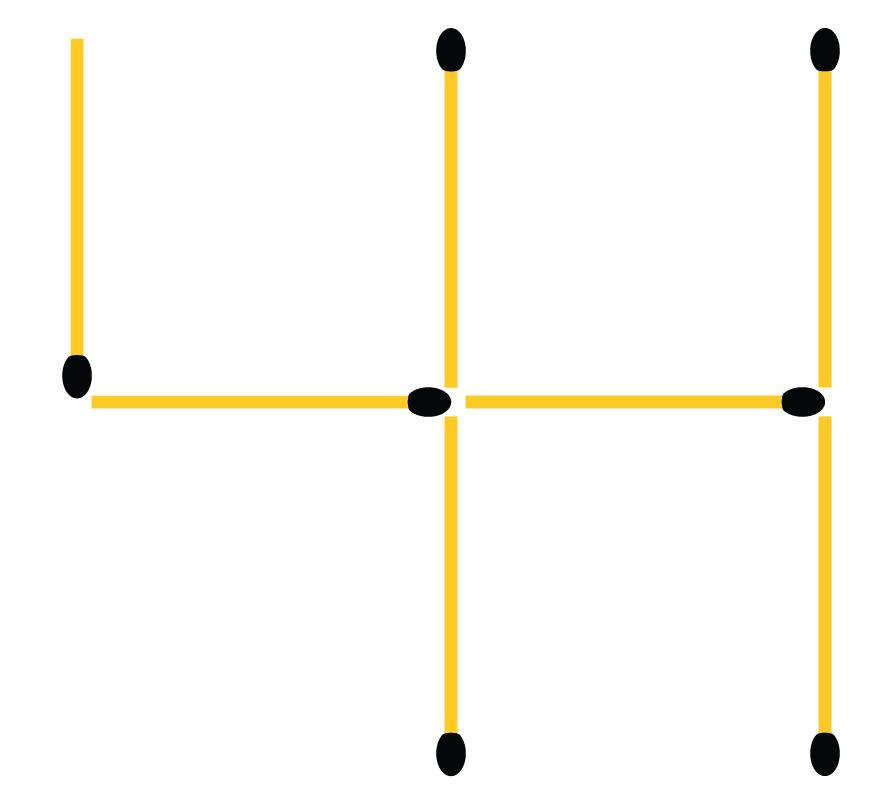 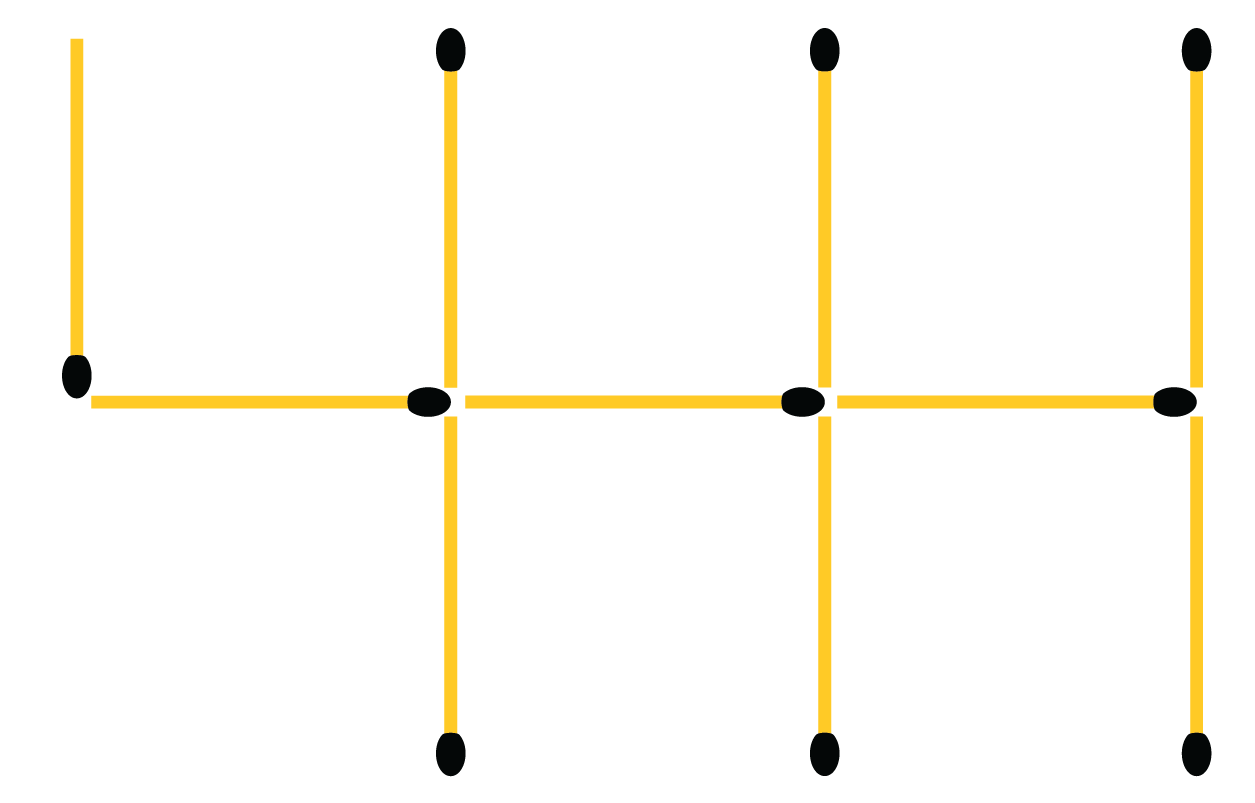 Suddenly, Natalie got a doubt that how many match sticks are required to make a pattern of ten \(4\)s?

All numbers are constants. 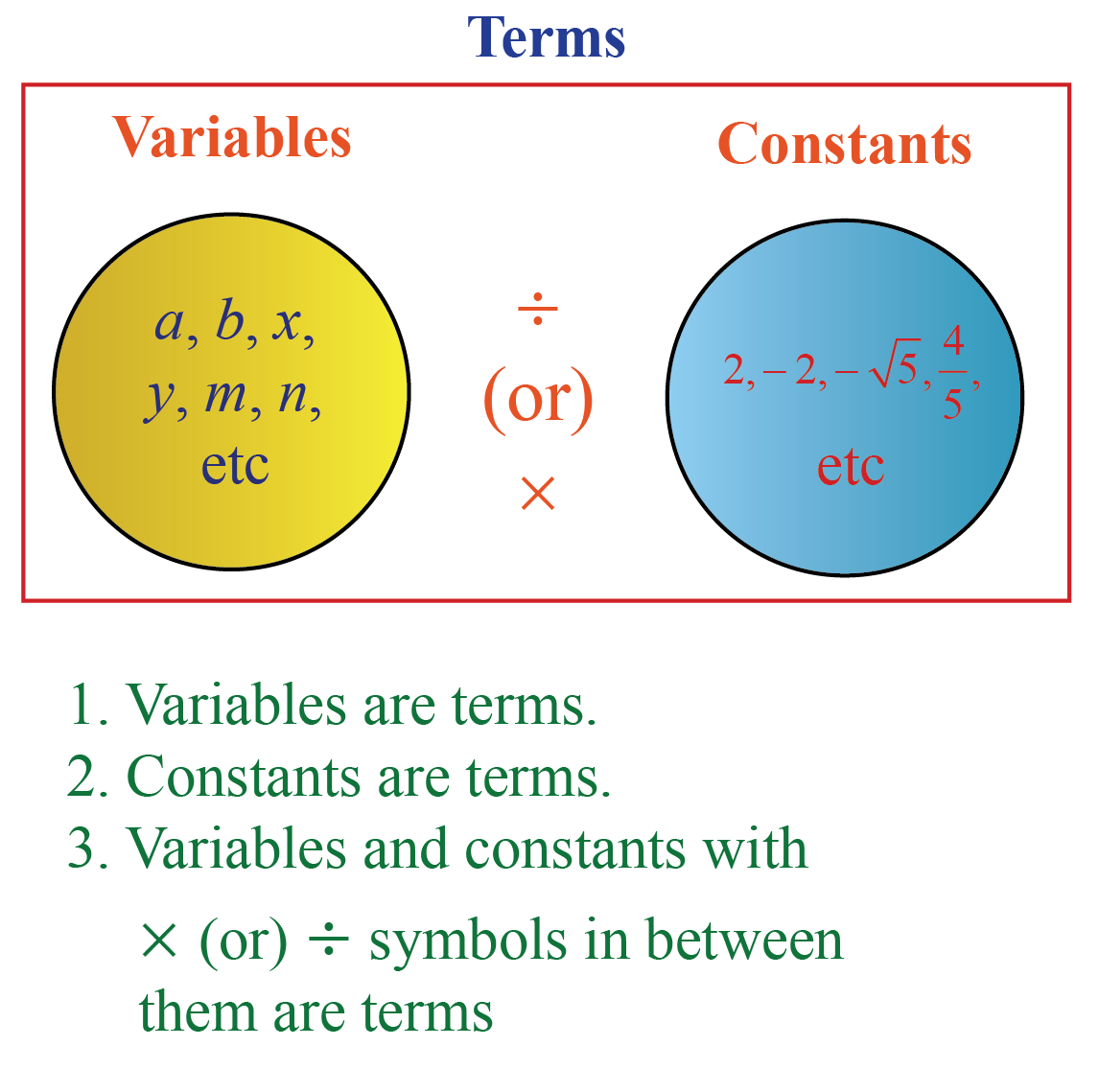 CLUEless in Math? Check out how CUEMATH Teachers will explain Variable Expressions to your kid using interactive simulations & worksheets so they never have to memorise anything in Math again!

A variable expression (or) an algebraic expression is a combination of terms by the operations such as addition, subtraction, multiplication, division, etc.

Example of a Variable Expression 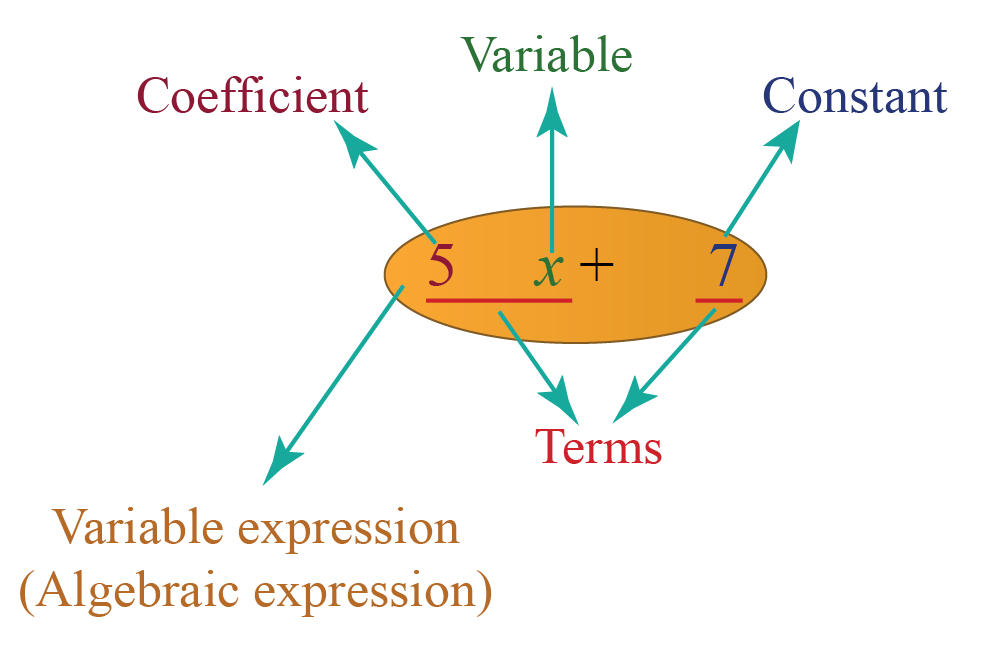 To evaluate a variable expression at a given value, we just substitute that value in the expression and simplify it.

There are \(5\) types of variable expressions (or) algebraic expressions.

Activity on Evaluating the Variable Expressions

Here is an activity on Variable Expressions.

From this, you can select one of the given variable expressions and give the value(s) for its variable(s).

Then you can evaluate and enter the value of the variable expression's solution as per the values you gave.

Don't worry if you enter an incorrect answer for the expression.

It will show you a step-by-step explanation of the correct answer.

Substitute the below values in the above expression:

So the correct answers are:

Given below are the list of topics that are closely connected to variable expressions. These topics will also give you a glimpse of how such concepts are covered in Cuemath.

1. How do you write a variable expression?

A variable expression depends on the condition.

2. What is a variable example?

You can find more information under "Definition of Variable, Constant, Term and Coefficient" section of this page.

3. What are the 3 types of variables?

The 3 types of variables are:

4. Do expressions always need to have a variable?

No, an expression doesn't necessarily need to have a variable.

5. How do you define a variable?

6. What is a variable? Give an example.