Let us learn more about imaginary numbers along with their definition, examples, and geometrical interpretation. Also, let us see how to do calculations on these numbers.

What are Imaginary Numbers?

In the above examples, 2i and i √3 are imaginary numbers. We can see that each of these numbers is a product of a non-zero real number and i. Thus, we can derive a rule for imaginary numbers which is: 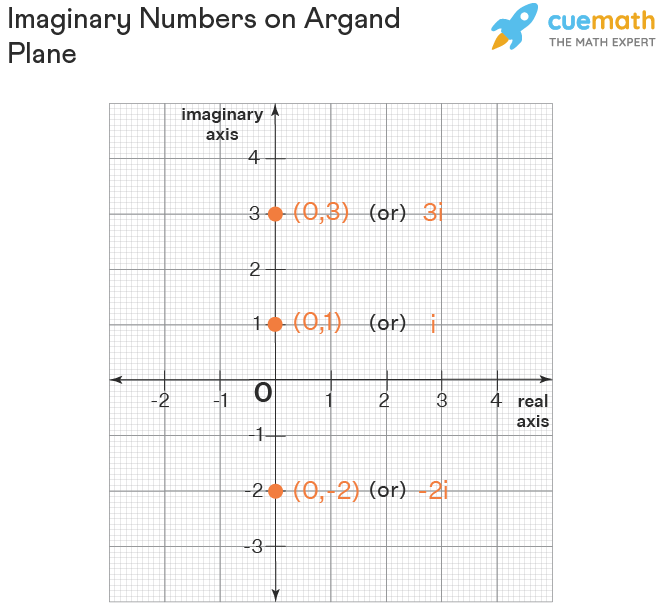 If we want to represent points in a plane using numbers, i must be a non-real number, in the sense that it must not lie in the Real set. We interpret i in math as follows: "i is one unit in the direction perpendicular to the real axis". In the above figure, we can see that the point (0, 1) is nothing but "i". 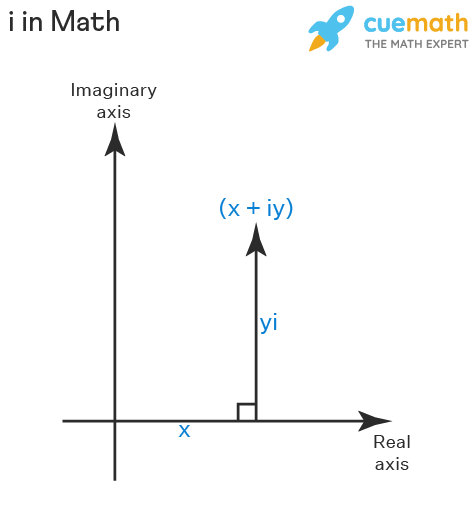 It turns out that arithmetically, i2=−1. In other words, the value of i is the square root of −1. For now, don’t ask how! As we said earlier, the various different parts of the puzzle that is Complex Numbers will fall into place as you delve deeper into this subject.

At this point, just keep in mind that:

When we say that i is a non-real number, we do not mean that i does not exist or is a figment of our imagination. We mean to say that i is non-real in the sense that it does not like in the Real set. However, it is a perfectly valid mathematical entity. i is also known by the name "iota".

We can do all calculations on imaginary numbers also just like how we do with real numbers. Let us see how we do them.

We multiply the imaginary numbers just like how we multiply the terms in algebra. Here, we may have to use the rule of exponents am × an = am+n. But here, we have to take care of the fact that i2 = -1. Here are some examples.

We may feel that simplifying the powers of iota is difficult. Here are some rules that make the process of finding powers of "i" easier while multiplying complex numbers.

where k is a whole number. These rules state that "i" raised to a number is equal to the "i" raised to the number which is the remainder obtained by dividing the original number by 4. For example:

Any power of i is equal to one of 1, i, -i, and -1 after simplification. We can understand this from the figure below. These rules really made calculating the product of imaginary numbers very easy.

Tips and Tricks on Imaginary Numbers

What is Imaginary Numbers Definition?

An imaginary number is a number that is the product of a non-zero real number and the iota "i". Here, i = √(-1) or i2 = -1. These numbers are helpful to find the square root of negative numbers. Some examples of imaginary numbers are -4i, 6i, i, etc.

What is the Value of i in Math?

"i" in math is known as an imaginary unit. Its value is √-1. It is used to calculate the square roots of negative numbers. It is also a part of complex numbers.

What is the Process of Simplifying Imaginary Numbers?

What is the Difference Between Imaginary Numbers and Complex Numbers?

What is the Difference Between Imaginary Numbers and Real Numbers?

What are Imaginary Numbers Rules?

Here are some rules that are helpful in calculating imaginary numbers.

How to Write a Real Number in Terms of i in Math?

What are the Applications of Imaginary Numbers?

Is 0 an Imaginary Number?

Though 0 can be written as 0i, it is not an imaginary number as it is not associated with the square root of any negative number. That is why we clearly mention in the imaginary number definition that it is of the form bi where 'b' is a non-zero real number.