The Latin meaning of the word "Surd" is deaf or mute.  In earlier days, Arabian mathematicians called rational numbers and irrational numbers as audible and inaudible. Since surds form are made of irrational numbers, they were referred to as asamm (deaf, dumb) in Arabic language, and were later translated in Latin as surds. 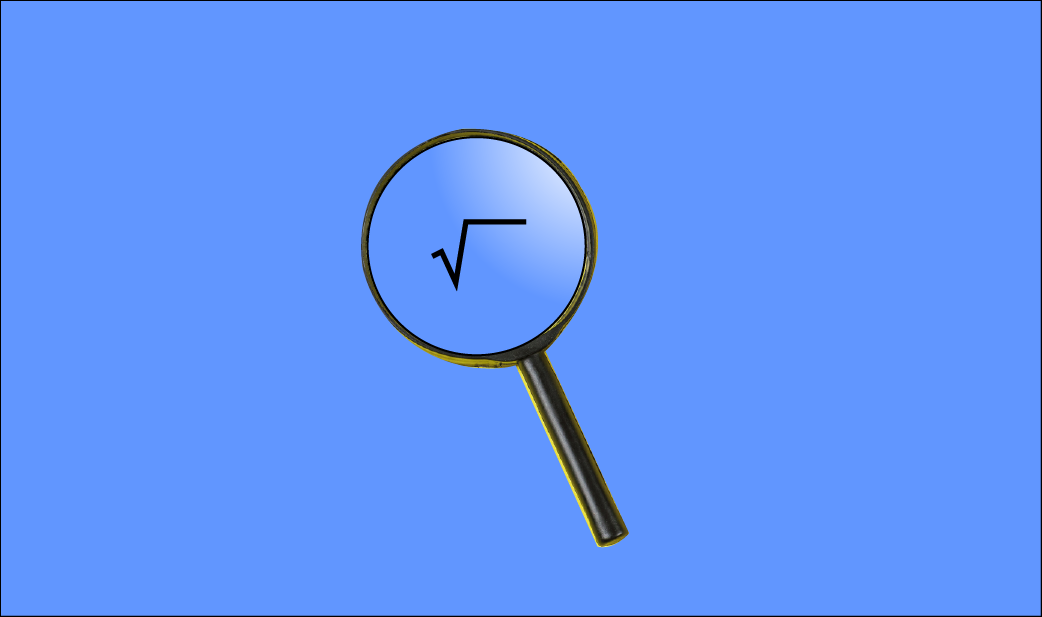 With this awareness, let's move ahead to learn the working of surds in math.

In this mini-lesson, we shall explore the topic of surds, by finding answers to questions like what do you mean by surds, what are the rules of surds, and simplifying calculations with surds.

What Do You Mean by Surds?

Surd is simply used to refer to a number that does not have a root.

These number forms are termed as surds.

Also, these surds example expressed in exponential form would have fractions as powers.

According to surds definition, there are three different types of surds.

What Are the Rules of Surds?

A few rules of working with surds are: 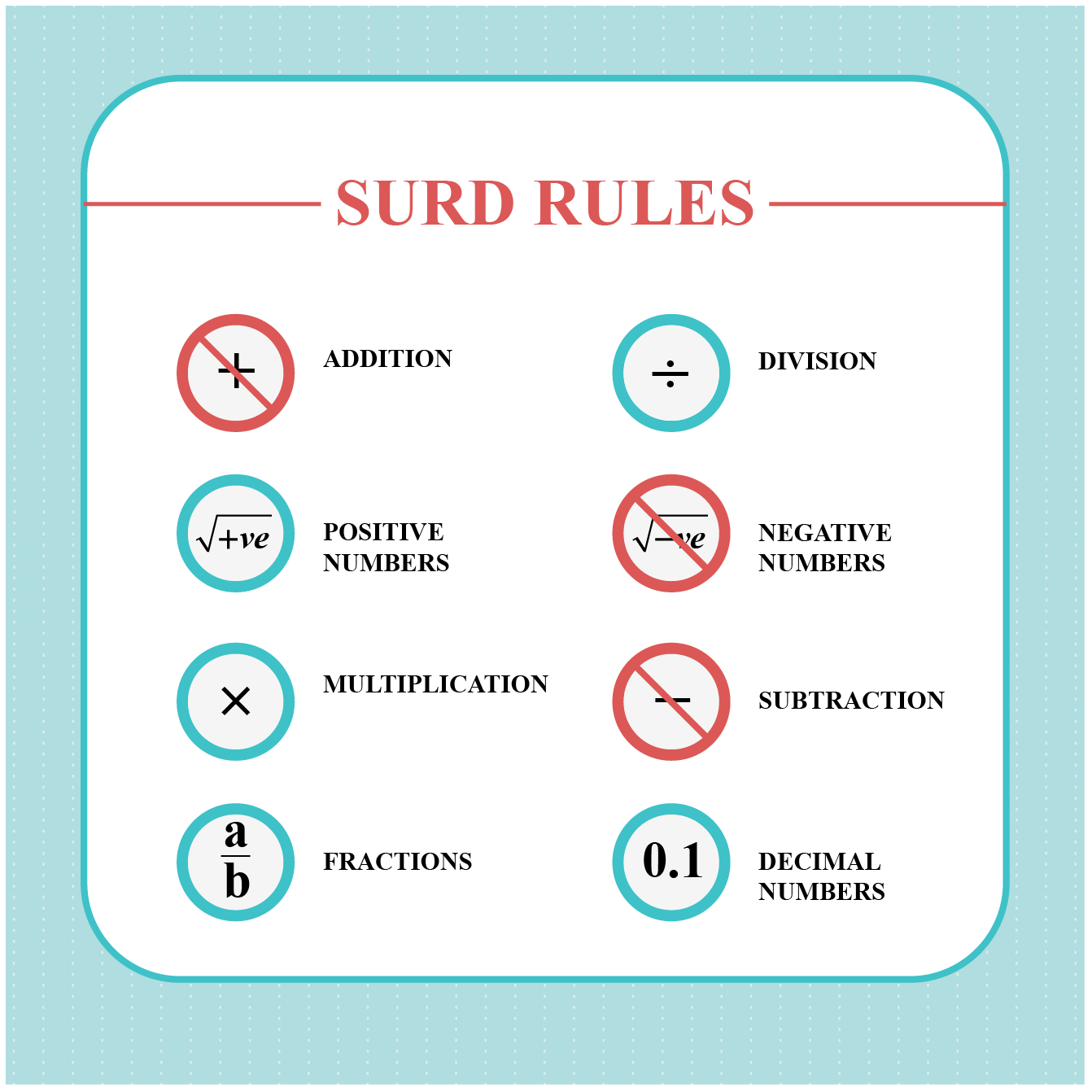 Simplification of surds is needed for performing calculations.

There are two simple steps to surd simplification.

Let us use the above steps to perform the following calculation.

The above operation of addition is not possible without further simplification.

The mini-lesson targeted the fascinating concept of surds. The math journey around surds starts with what a student already knows, and goes on to creatively crafting a fresh concept in the young minds. Done in a way that not only it is relatable and easy to grasp, but also will stay with them forever. Here lies the magic with Cuemath.

2. How to rationalize surds?

To solve an expression in surds form we need to take prime factors of the number within the surd. Further, it is simplified by taking the possible prime factors outside the root symbol. \[\sqrt18 = \sqrt(3 \times 3 \times 2) = 3\sqrt2 \]

5. Can surds have negative numbers?

A surds form does not have negative numbers. Surds can only have positive numbers, decimals, and fractions.

7. What are the types of surds?

There are three types of surds. Simple surds, mixed surds, and compound surds.

8.  What are conjugate surds?

Conjugate surds are the surds which, on multiplying with the given surd, convert it into a non-surd.