Ordinal numbers are the numbers that talk about the position of objects. For example, "The cookies are kept in the 3rd drawer from the top", "The orange dress is the 7th one from the right", "The soccer ball is kept in the 3rd carton from the left".  All these sentences have one thing in common - they talk about the positions of the objects. This is the main element in the discussion of ordinal numbers.

What Are Ordinal Numbers?

An ordinal number is a number that indicates the position or order of something in relation to other numbers, like, first, second, third, and so on. This order or sequence may be according to the size, importance, or any chronology. Let us understand the ordinal numbers with an example. Ten students participated in a contest. Out of them, the top winners were given medals and were ranked as 1st, 2nd, and 3rd. In this case, the positions: 1st, 2nd, and 3rd are known to be the ordinal numbers we are talking about.

The Difference Between Cardinal and Ordinal Numbers 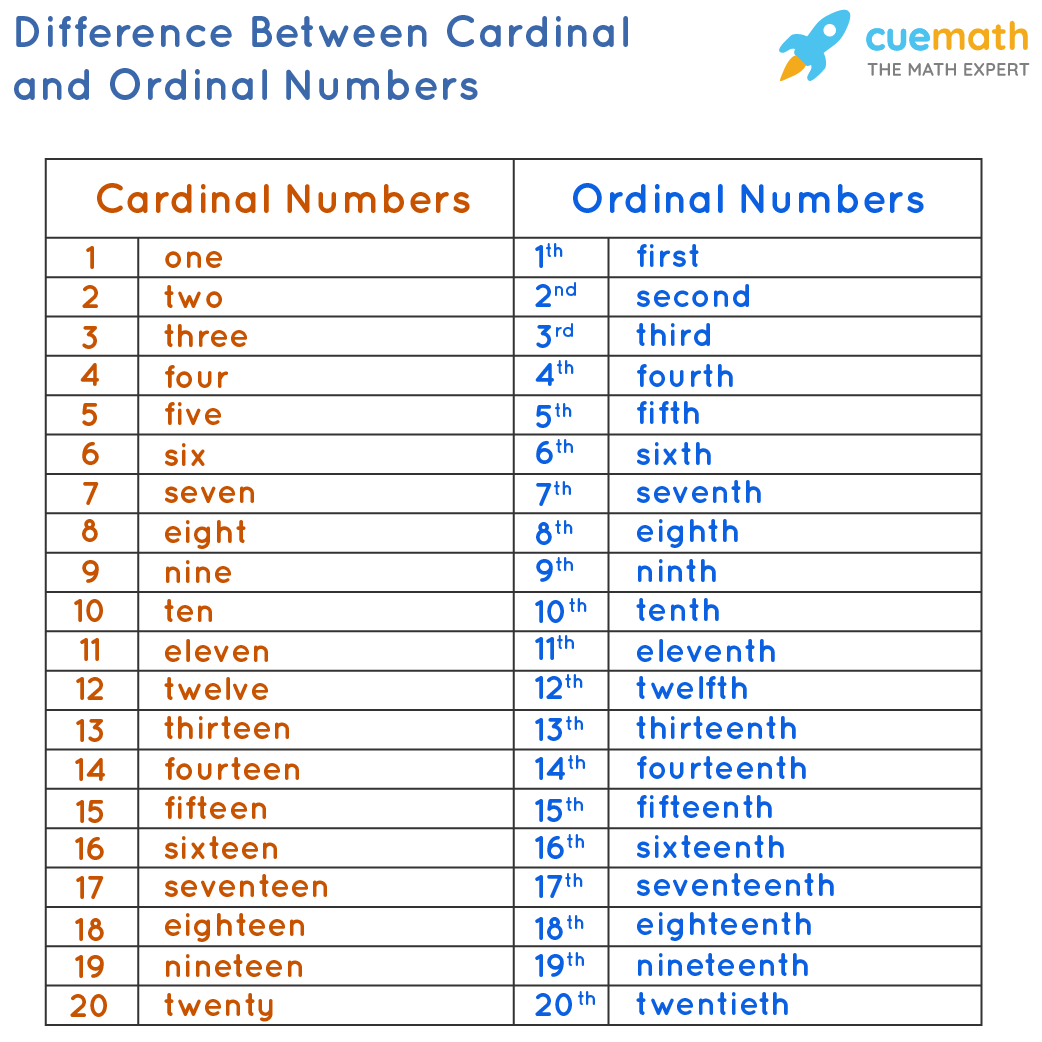 Ready to see the world through math’s eyes?
New 1: Math is a life skill. Help your child perfect it through real-world application.

Is Zero an Ordinal Number?

How Do You Write Ordinal Numbers?

Ordinal numbers have a suffix added at the end. They can be written as first, second, third, and so on when expressed in words. When ordinal numbers are expressed as numerals, the last two letters of the words are added to the respective numbers, like, 1st, 2nd, 3rd, 4th, and so on.

Where Are Ordinal Numbers Used?

What Is an Ordinal Number in Math?

An ordinal number is a number that indicates the position or order of something in relation to other numbers. For example, Tom was the first one to submit his work, or, the cups are kept on the second shelf. Here, 'first' and 'second' are ordinal numbers that can also be written in the numeral form, like, 1st or 2nd.

What Are Ordinal Numbers From 1 to 10?

What Is the Ordinal of 1?

The ordinal of 1 is written as First. In the numeral form, it is represented as 1st.