What Is the ASA Formula?

ASA formula is one of the criteria used to determine congruence. ASA congruence criterion states that, 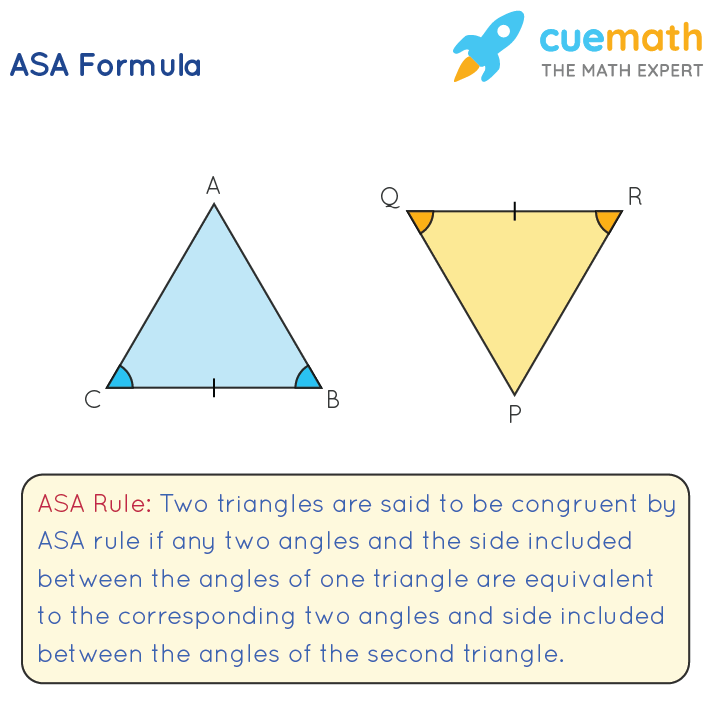 Let us see the applications of the ASA formula in the following section.

Example 1: In an isosceles triangle ABC, AB = BC. A perpendicular bisector is drawn from A on BC. What is the relation between triangle ABD and ACD?

To find: Relation between triangle ABD and ACD.

AD is the perpendicular bisector (given)

Since AD is the bisector, therefore BD = DC

Therefore by ASA formula,  triangle ABD and ACD are congruent.

Answer: Triangle ABD and ACD are congruent by ASA congruency.

Example 2: △ABC is congruent to △PQR. If two angles of △ ABC measure 60º and 40º and the two angles.  Find the measures of all the angles of △ PQR.

To find: Angles of △PQR.

As △ ABC and △PQR are congruent, the measure of all the angles will be congruent to each other.