A Whole and its Parts

Martin had two equal-sized chocolate bars with different placement of grooves such that he could divide one of them into four pieces and the other one into just two pieces. He gave one piece to each of his six friends. Each one kept wondering if they got an equal share. To answer such questions, fractions come into play! A fraction is a number representing a part of a whole or a group of objects. Let us understand fractions, in an interesting and easy manner, through this article.

You have a part of something but not the complete thing.  If I ask you how much do you have, what will be your answer? Take for example the below scenario:

In both the above cases, you don’t have the complete object but only a part of it. In other words, you have a fraction of the object.

When any object is divided into equal numbers of parts and you pick up one or more of those parts, you have a fraction of the object.
Now one very important characteristic of these parts of a fraction is that:  Each part of a fraction has to be equal to other parts.

Next, let us understand how to represent a fraction. A fraction is represented by a combination of \(2\) numbers arranged one above the other separated by a horizontal dash. The number above the separating line is called a Numerator and the number below is called a Denominator. 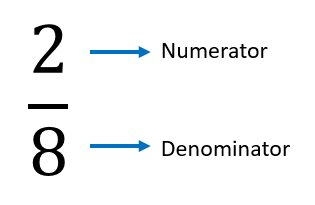 The numerator represents the concerned portion (which may be the parts you have or the parts you don’t have depending on your concern or query) and the Denominator represents the total number of parts or the divisions of the whole or total number of objects in the group.
For example, if you ate \(2\) slices out of \(4\) equal slices, you can say that you ate \(\begin{align}\frac{2}{4}\end{align}\) of the pizza or half of the pizza. This means that you have \(2\) equal parts out of \(4\) equal parts. The \(4\) equal parts together make up one object. So this means that you don’t have one complete object and neither do you have none of the objects. You have more than zero but less than one. That is you have a fraction of something.
Similarly, if you eat one more slice out of these, then you have eaten \(\begin{align}\frac{3}{4}\end{align}\) of the pizza and 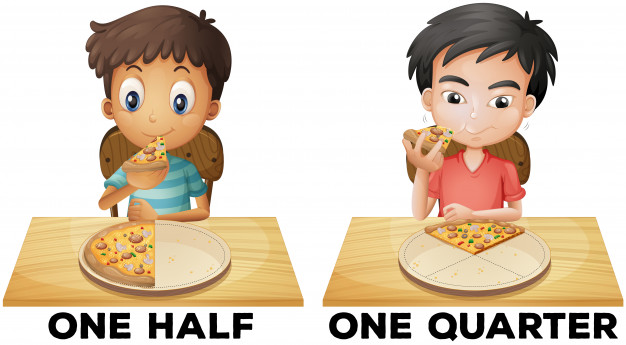 There are \(3\) types of fractions:
Depending on I eat a part of a pizza or a full pizza along with a part of another pizza, the fractions may be represented in different forms.

Once you have found the LCM, for each fraction, multiply the denominator with the multiplier so that the denominator becomes the LCM. At the same time, to keep the value of fraction constant, you also need to convert them into equivalent fractions by multiplying the numerator of the fraction with the same multiplier.

And at the same time, we don’t want to disturb the value of the fraction so we will multiply the individual numerators also with the respective multipliers.
Solve: \(\begin{align}\frac{2}{5}+\frac{3}{4}\end{align}\)

Now since the addition of fractions is quite clear, subtracting fractions is very similar.
If you want to subtract fractions with the same denominator simply subtract the numerator while keeping the denominator the same. Refer to the example below:
Solve: \(\begin{align}\frac{5}{7}-\frac{1}{7}\end{align}\) 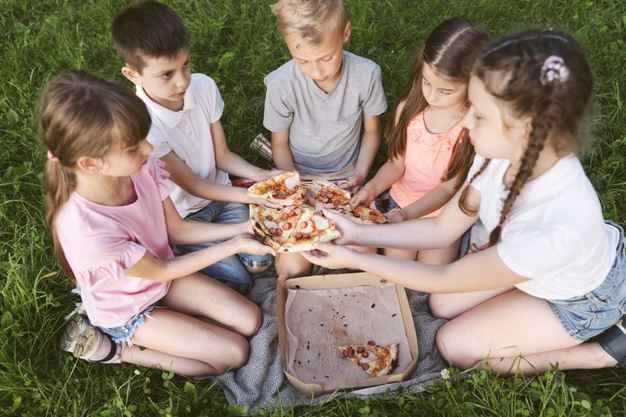 Fractions are a very interesting concept in mathematics and lay a solid foundation for advanced levels in mathematics. Fractions also have a wide range of real-world applications. Once you become well versed with fractions, you can solve many real-life examples from daily life.