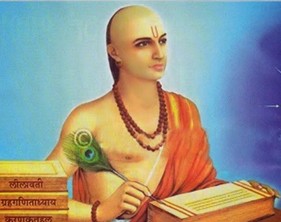 Bhaskara ii (1114 – 1185), also known as Bhaskara II and Bhaskara Achārya ("Bhaskara the teacher"), was an Indian mathematician and astronomer. The ii has been appended to his name to distinguish him from the 7th-century astronomer Bhaskara i.

Who is Bhāskara ii?

Bhaskara was born to Mahesvara, a famous astrologer, near Bijjada Bida (present-day Bijapur district) in the state of Karnataka. Bhaskaracharya was the first mathematician to write a work with full and systematic use of the decimal number system.

It is believed his father taught him mathematics, which he later passed on to his son Loksamudra.

Bhaskara II became the head of the astronomical observatory at Ujjain to join Ujjain, India’s “most prestigious mathematical centre” at the time. It was at Ujjain where Bhaskara II would formulate the ideas which would go on to become his legacy. Mathematicians of renown such as Varahamihira and Brahmagupta had worked there and built up a strong school of mathematical astronomy. He can be called a pioneer in understanding the number systems and solving equations.

Bhaskara developed an understanding of calculus, the number systems, and solving equations, which were not to be achieved anywhere else in the world for several centuries.

Bhaskara is mainly remembered for his 1150 A. D. masterpiece, the Siddhanta Siromani (Crown of Treatises) which he wrote at the age of 36. The treatise comprises 1450 verses which have four segments. Each segment of the book focuses on a separate field of astronomy and mathematics.

Lilavati is composed in verse form so that pupils could memorise the rules without the need to refer to written text. Some of the problems in Leelavati are addressed to a young maiden of that same name. There are several stories around Lilavati being his daughter Lilavati has thirteen chapters which include several methods of computing numbers such as multiplications, squares, and progressions, with examples using kings and elephants, objects which a common man could easily associate with.

Here is one poem from Lilavati:

A fifth part of a swarm of bees came to rest

on the flower of Kadamba,

a third on the flower of Silinda

Three times the difference between these two numbers

flew over a flower of Krutaja,

and one bee alone remained in the air,

attracted by the perfume of a jasmine in bloom

Tell me, beautiful girl, how many bees were in the swarm?

The sum of all bees:

The Bijaganita is a work in twelve chapters. In Bījagaṇita (“Seed Counting”), he not only used the decimal system but also compiled problems from Brahmagupta and others. Bjiganita is all about algebra, including the first written record of the positive and negative square roots of numbers. He expanded the previous works by Aryabhata and Brahmagupta, Also to improve the Kuttaka methods for solving equations. Kuttak means to crush fine particles or to pulverize. Kuttak is nothing but the modern indeterminate equation of first order. There are many kinds of Kuttaks. For example- In the equation, \(ax + b = cy\), a and b are known positive integers, and the values of x and y are to be found in integers. As a particular example, he considered \(100x + 90 = 63y\)

Some of the other topics in the book include quadratic and simple equations, along with methods for determining surds.

Touches of mythological allegories enhance Bhaskasa ii’s Bījagaṇita. While discussing properties of the mathematical infinity, Bhaskaracharya draws a parallel with Lord Vishnu who is referred to as Ananta (endless, boundless, eternal, infinite) and Acyuta (firm, solid, imperishable, permanent): During pralay (Cosmic Dissolution), beings merge in the Lord and during sṛiṣhti (Creation), beings emerge out of Him; but the Lord Himself — the Ananta, the Acyuta — remains unaffected. Likewise, nothing happens to the number infinity when any (other) number enters (i.e., is added to) or leaves (i.e., is subtracted from) the infinity. It remains unchanged.

The third book or the Grahaganita deals with mathematical astronomy. The concepts are derived from the earlier works Aryabhata. Bhaskara describes the heliocentric view of the solar systemand the elliptical orbits of planets, based on Brahmagupta’s law of gravity.

Throughout the twelve chapters, Bhaskara discusses topics related to mean and true longitudes and latitudes of the planets, as well as the nature of lunar and solar eclipses. He also examines planetary conjunctions, the orbits of the sun and moon, as well as issues arising from diurnal rotations.

He also wrote estimates for values such as the length of the year, which was so accurate that we were only of their actual value by a minute!

Bhaskara’s final, thirteen-chapter publication, the Goladhyaya is all about spheres and similar shapes. Some of the topics in the Goladhyaya include Cosmography, geography and the seasons, planetary movements, eclipses and lunar crescents.

The book also deals with spherical trigonometry, in which Bhaskara found the sine of many angles, from 18 to 36 degrees. The book even includes a sine table, along with the many relationships between trigonometric functions.

In one of the chapters of Goladhyay, Bhaskara ii has discussed eight instruments, which were useful for observations. The names of these instruments are Gol yantra (armillary sphere), Nadi valay (equatorial sundial), Ghatika yantra, Shanku (gnomon), Yashti yantra, Chakra, Chaap, Turiya, and Phalak yantra. Out of these eight instruments, Bhaskara was fond of Phalak yantra, which he made with skill and efforts. He argued that „ this yantra will be extremely useful to astronomers to calculate accurate time and understand many astronomical phenomena‟.

Interestingly, Bhaskara ii also talks about astronomical information by using an ordinary stick. One can use the stick and its shadow to find the time to fix geographical north, south, east, and west. One can find the latitude of a place by measuring the minimum length of the shadow on the equinoctial days or pointing the stick towards the North Pole

A medieval inscription in an Indian temple reads:-

Triumphant is the illustrious Bhaskaracharya whose feats are revered by both the wise and the learned. A poet endowed with fame and religious merit, he is like the crest on a peacock.

Bhaskara ii’s work was so well thought out that a lot of it being used today as well without modifications. On 20 November 1981, the Indian Space Research Organisation (ISRO) launched the Bhaskara II satellite in honour of the great mathematician and astronomer.

It is a matter of great pride and honour that his works have received recognition across the globe.

When was Bhaskara ii born?

Where was Bhaskara ii born?

He was born in Bijapur, Karnataka.

When did Bhaskara ii die?

Where did Bhaskara ii die?