Are you alarmed by the number of corona cases in the country?

More alarmed at the predictions of numbers in future?

How do they predict the number of infections? How did the lockdown help?

These numbers are predicted by a Mathematical principle of Binary expansion. Before we go into details of the theory, let me tell you a story. We Indians are clever storytellers teaching so much, so varied through a story.

There is this old Indian legend about a King who was challenged to a game of chess by a visiting Sage. The King asked, "What is the prize if you win?”

The Sage said he would simply like some grains of rice: one on the first square, two on the second, four on the third and so on, doubling on each square. The King was surprised by this humble request. Well, the Sage won the game. So, how many grains of rice should he receive?

Much more rice than what was produced in his entire kingdom or the world for the next 2000 years!

In the legend the Sage reveals himself to be Lord Krishna and tells the King that he doesn't have to pay the debt at once, but can pay him over time, just serve rice to pilgrims every day until the debt is paid off). This story reveals the magic of numbers – Binary exponential expansion along with an essential life skill, humility. The story doesn’t quite end here. The discovery of Binary numbers was also quite by accident. 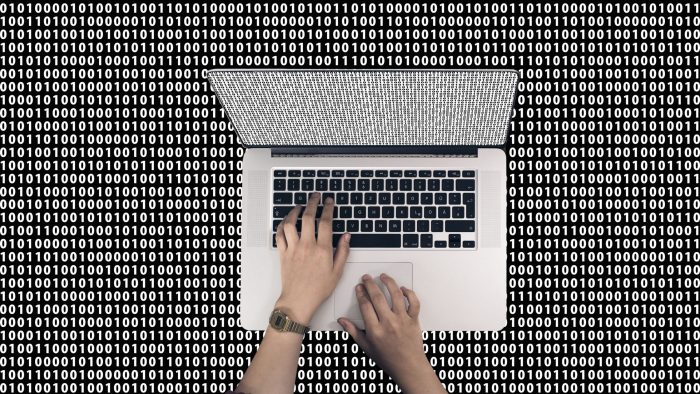 Acharya Pingala discovered the immense possibilities of Binary numbers quite by accident. He was working on the meter or Chandah of Vedas. Our Vedas were composed in meters or Chandah. Most Indian Languages have the dheerga or long swar and the laghu or short swar. This combination of long and short sounds is the basis of Sanskrit prosody or meter or chandah. In \(3\)rd BCE, a work called Chandahsastra was authored by Pingala, the Mathematician. Chandaḥśāstra means the science of meters as used in poetry/ music in which it is recited. While studying chandah, he stumbled on the concept of the Binary number system.

A verse in classical Sanskrit literature has a verse or a pada. The meter of a verse or pada is determined by the arrangement of the long and short swaras. The last syllable of a foot of a meter is taken to be a dheergha or Guru swara. So, let us refer to the long/ dheergha swara as Guru.

E.g., Let us look at the second stanza of Bhavani Ashtakam composed by Adi Shankaracharya

So, Pingala, the Mathematician began to index, analyse and repair the chandahs in the Vedas. He developed a technique of Pratyay or an algorithm, Prastaar for all possible combinations of a syllable for a quarter with “n” letters. In other words, he generated difference combinations of sequences

Let us try and recreate how Pingala, the Mathematician might have gone about it:

The Chandahsastra, written by Pingala, the Mathematician, has eight chapters, and these mathematical combinations and sequences are mentioned in the 8th chapter.

There is little historical reference available on Pingala; the Mathematician indicates that he was the younger brother of Pāṇini (4th century BCE), or of Patañjali, the author of the Mahabhashya (2nd century BCE).

It took many more centuries for this knowledge to reach Europe. In the town of Pisa in Italy, Leonardo, better known as Fibonacci, learnt the use of Binary numbers from Arabs. He was particular to mention that the Arabs had brought it from India. But his successors chose to call it as Arabic numerals.

While exploring the number of possibilities of various combinations of the laghu and the guru, Pingala hit upon a series:

This was later called Fibonacci series.

This sequence is seen abundantly in nature: branching in trees, the arrangement of leaves on a stem etc.

The Fibonacci number was initially called mātrāmeru, by Pingala, the Mathematician. Now it is also known as the Gopala–Hemachandra number. Pingala is also credited with the binomial theorem for the index 2, i.e. for \((\rm{a} + \rm{b}) 2\), like his contemporary Greek Euclid.

The ancient Vedic system in India depended on experiential learning and oral transmission. The rules of language, i.e. Sanskrit, was such that poetry became an easy medium to express and propagate learning. So, even the most complicated learnings and observations were written as verse or sutras, making it easy to memorise and propagate. So, elaborate learning went into the organising of the verse. The Sanskrit Language was much more than aesthetics.

The combination of syllables had to be in a definite pattern or meter so that it became easy to recite and repeat. That is how Pingala, the Mathematician stumbled on the Binary numbers with its unlimited possibilities. So, when we wonder with awe at the huge leaps made by digital technology, let us pause for a moment and think of Pingala who imagined and recorded the unlimited possibilities of using combinations of just two swars - laghu and guru and from a grammarian became Pingala, the Mathematician!

When was Pingala born?

When did Pingala die?

No clear documented information exists about the birth and death of Pingala, but it is believed that he lived around 400-200 BC.

Where was the Fibonacci sequence discovered?

While Fibonacci himself did not discover Fibonacci numbers (they were named after him), he did use them in Liber Abaci. The numbers originate back to ancient India and are credited to the Indian Mathematician Pingala.

Who is credited for the Binary System used by Computers?

While the modern binary number system goes back to Gottfried Leibniz, it can be noted that Chandahsastra presents the first known description of a binary numeral system which is credited to an Indian mathematician, Pingala.

Pingala used light (laghu) and heavy (guru) rather than 0 and 1 to describe syllables.