Hello readers! Today, we are going to talk about the great French mathematician of the seventeenth century, René Descartes'. Did you know that he liked to lie in bed and think?!

Born in 1596, Descartes was a creative mathematician of the first order, a critical scientific thinker, and an original metaphysician.

Rene Descartes was a great French Mathematician and philosopher during the 17th century. He is considered as a precursor to the rationalist school of thought, and due to his vast contributions to the fields of mathematics and philosophy, he is often known as the ‘Father of Modern Philosophy.’

Rene Descartes was a great French Mathematician and philosopher during the 17th century. He is often known as the ‘Father of Modern Philosophy.’ Here is a downloadable PDF to explore more.

René Descartes was born in 1596 in La Haye en Touraine, France, to Joachim and Jeanne Descartes. His mother died when he turned one, and he also remained fairly ill throughout his childhood.

He and his siblings were raised by their grandmother, as their father used to be busy elsewhere with work and as a council member in the provincial parliament. Descartes never married, but he fathered a child in 1635 with Helena Jans van der Strom. The child was named Francine. Unfortunately, he died at the age of five due to scarlet fever. 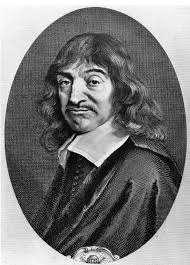 Education and Career of Descartes

In 1606 Rene Descartes was sent to the Jesuit college at La Flèche, which was established in 1604 by Henry IV (reigned 1589–1610). At La Flèche, 1,200 young men were trained for military engineering careers, the judiciary, government administration, etc.

In addition to classical studies, science, mathematics, and metaphysics, they were taught acting, music, poetry, dancing, riding, and fencing. 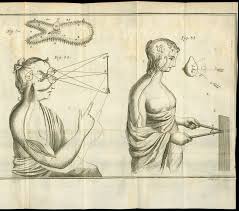 In 1618 he went to Breda in the Netherlands, spending 15 months there as an informal student of mathematics and military architecture in the Protestant stadholder’s peacetime army, Prince Maurice. There, he was encouraged in his studies of science and mathematics by the physicist Isaac Beeckman, for whom he wrote the Compendium of Music, his first surviving work.

In 1619, under Beekman’s guidance, Descartes began serious work on mathematical and mechanical problems and, finally, leaving the service of Maurice of Nassau, planned to travel through Germany and join the army of Maximilian of Bavaria.

“The reading of all good books is like conversation with the finest men of past centuries.”

It is during this year (1619) that Descartes was stationed at Ulm. He had three dreams that inspired him to seek a new scientific inquirmethod y and envisage a unified science.

Soon afterward, in 1620, he began looking for this new method, started but never completed several works on the method, including drafts of the first eleven rules of Rules for the Direction of the Mind. He worked on and off it for years until he finally abandoned it for good in 1628. During this time, he also worked on other, more scientifically oriented projects such as optics.

From 1634-1636, Descartes finished his scientific essays D'optique and Meteors, which applied his geometrical method to these fields.

Descartes began work on Meditations on First Philosophy in 1639. The first edition of the Meditations was published in Latin in 1641, in which he listed six sets of objections and his replies. He published a second edition in 1642, which also included a seventh set of objections and replies and a letter to Father Dinet. Descartes defended his system against charges of unorthodoxy.

What was the impact of Rene Descartes on Mathematics?

René Descartes was a mathematician, philosopher, and scientist. He developed rules for deductive reasoning, a system for using letters as mathematical variables, and discovered how to plot points on a plane called the Cartesian plane.

According to Descartes, mathematics was the only thing that is certain or true.

“Conquer yourself rather than the world.”

René Descartes is most commonly known for his philosophical statement, “I think, therefore I am” (originally in French, but best known by its Latin translation: "Cogito, ergo sum”). He is also credited with the development of Cartesian dualism (also referred to as mind-body dualism), the metaphysical argument that the mind and body are two different substances that interact with one another.

In the mathematics sphere, his primary contribution was bridging the gap between algebra and geometry, which resulted in the Cartesian coordinate system, still widely used today. 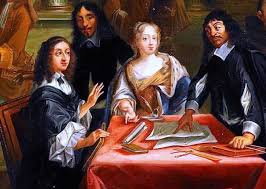 He gave four main ideas for scientific progress, which are as follows:

Credited as the father of analytical geometry, Descartes was also one of the key figures in the Scientific Revolution.

His most famous work, Meditationes de Prima Philosophia (Meditations On First Philosophy) was published in 1641. In it, he provides a philosophical groundwork for the possibility of the sciences.

Awards and Honors received by Descartes

There was an annual award in science given by the European Union, called The Descartes Prize. It was named in honour of the French mathematician and philosopher, René Descartes.

There was a research prize, which was awarded to teams of researchers who had "achieved outstanding scientific or technological results through collaborative research in any field of science, including the economic, social science and humanities.". Nominations for this were submitted by either the research teams themselves or by suitable national bodies.

Proposals (also referred to as submissions) that were received were judged and a shortlist of nominees was announced, from which five Laureates (finalists) and five Winners were proclaimed at a prize ceremony in December each year. The research prize was first awarded in 2000 and was discontinued in 2007.

There was also a science communication prize which was started in 2004 as a part of the Descartes Prize, but in 2007 was separated to the Science Communication Prize.

“But in my opinion, all things in nature occur mathematically.”

René Descartes gave shape to the contemporary study of the mind in the 17th century. In his Meditations on First Philosophy, Descartes begins with questions about what he can know. He carefully peels away anything that can be doubted from all that he has taken to be true.

He has been heralded as the first modern philosopher and is famous for having made an important connection between geometry and algebra, allowing the solution of geometrical problems by way of algebraic equations.

One of the deepest and most lasting legacies of Descartes’ philosophy is his thesis that the mind and the body are really distinct—a thesis which is now called “mind-body dualism.”

When did Descartes die?

René Descartes succumbed to pneumonia at the age of 53. He was in Stockholm at the time to help the queen of Sweden set up an academy of science. Queen Christina who was only 22 years old at the time, made him rise before 5:00 AM for her daily lesson — this proved detrimental to his health, as he was used to sleeping late since childhood to accommodate his sickly nature.

One morning, Descartes caught a chill that proved to be fatal, very likely due to this early rising, combined with the freezing Swedish winters. He died on February 11, 1650, in Stockholm, Sweden.

“Divide each difficulty into as many parts as is feasible and necessary to resolve it.”

So here we come to the end of this article. In short, Rene Descartes was both a philosopher and a mathematician, a rationalist, who believed in reasons.

“The father of modern philosophy” who was interested in “certain” knowledge and the relationship between the body and the mind. Descartes was not a skeptic.

Descartes thought of two realities: thought & matter. These two have no contact with each other. Thus, Descartes was a dualist.

His contributions to mathematics were commendable. He bridged the gap between algebra and geometry, which resulted in the Cartesian coordinate system, still widely used today.

What is Rene Descartes most famous for?

When was Rene Descartes born?

What is the contribution of Rene Descartes?

René Descartes was a mathematician, philosopher, and scientist. He developed rules for deductive reasoning, developed a system for using letters as mathematical variables, and discovered how to plot points on a Cartesian plane.

Who is the father of the Cartesian plane?

The invention of Cartesian coordinates in the 17th century by René Descartes (Latinized name: Cartesius) revolutionized mathematics by providing the first systematic link between Euclidean geometry and algebra.

What did Descartes invent?

What is the Cartesian plane in math?

A Cartesian plane (named after French mathematician Rene Descartes, who formalized its use in mathematics) is defined by two perpendicular number lines: the x-axis, which is horizontal, and the y-axis, which is vertical. Using these axes, we can describe any point in the plane using an ordered pair of numbers.