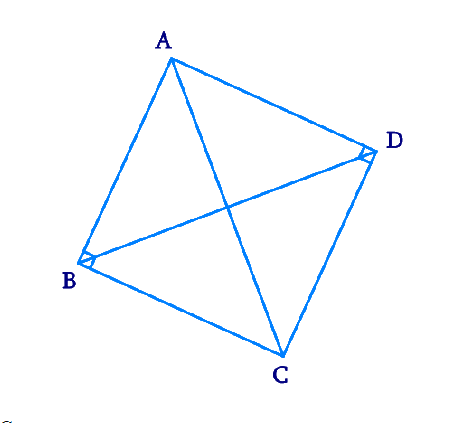 However, it is given that

From Equations (3) and (4), it can be observed that the sum of the measures of opposite angles of quadrilateral ABCD is 180°. Therefore, it is a cyclic quadrilateral.

Since it is a cylclic quadrilateral the below figure can be drawn. 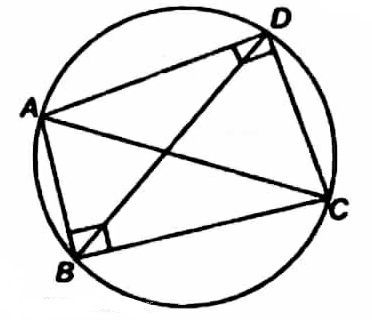 Consider chord CD. ∠CAD and ∠CBD are formed on the same segment CD.

ABC and ADC are two right triangles with common hypotenuse AC. We have found that ∠CAD = ∠CBD as they are lying on the same segment, and we know that they will always be equal