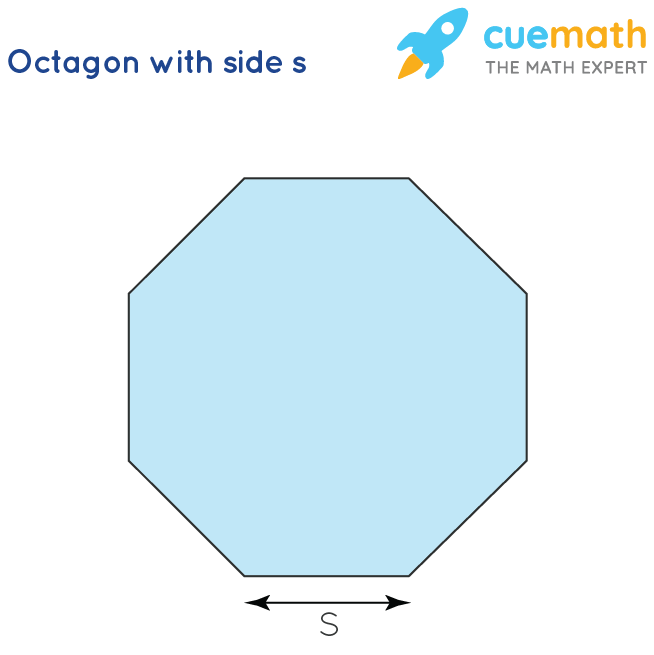 What Is Octagon Formula?

To find the perimeter of an octagon we use the following formula: Perimeter of octagon = 8s

Example 1: Calculate the perimeter and area of an octagon having a side equal to 4 units using the octagon formula.

Example 2: An octagonal board has a perimeter equal to 24 cm. Find its area using the octagon formula.