What is an Octagon?

An octagon can be defined as a polygon having eight sides joined together with one another, eight interior angles, and eight vertices. When all the sides and angles of an octagon are equal in measurement, it is called a regular octagon, while when it has at least two sides or angles in different measurements, it is known as an irregular octagon.  Every polygon is either convex or concave. Convex octagons bulge outwards, whereas concave octagons have indentations (a deep recess). Convex octagons are those in which all the angles point outwards. A regular octagon is an example of a convex octagon. The octagon in which at least one of its angles point inwards is a concave-shaped octagon.

An octagon can be considered as a circle attempting to become a square or a square attempting to become a circle. Octagon is a geometrical shape in a 2D plane. Octagons have straight sides that connect; they may be curved but connected. An octagon has 8 straight sides. The shape must also be closed. One of the most popular examples of the octagon is the STOP signboard. Depending upon the sides and angles in an octagon, it is classified into the following categories: The octagon, which has all its angles pointing outside and no angle pointing inwards, is convex. Each angle of a convex octagon is less than 180°. 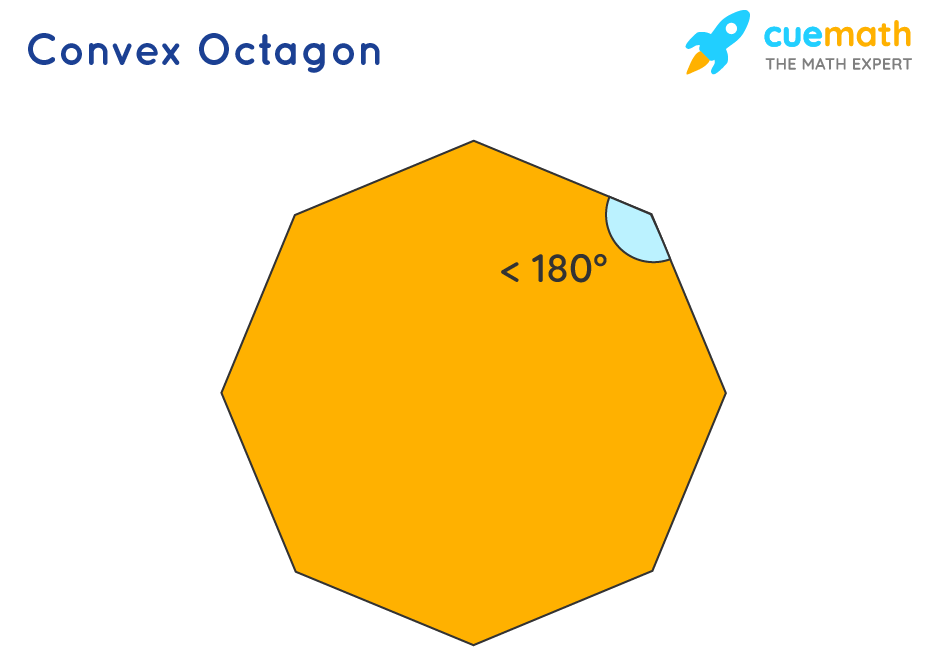 The octagon in which one of the angles pointing inward is a concave-shaped octagon. Properties of an Octagon

Here are a few properties of a regular octagon related to its angles, sides, and diagonals.

Angles of an Octagon 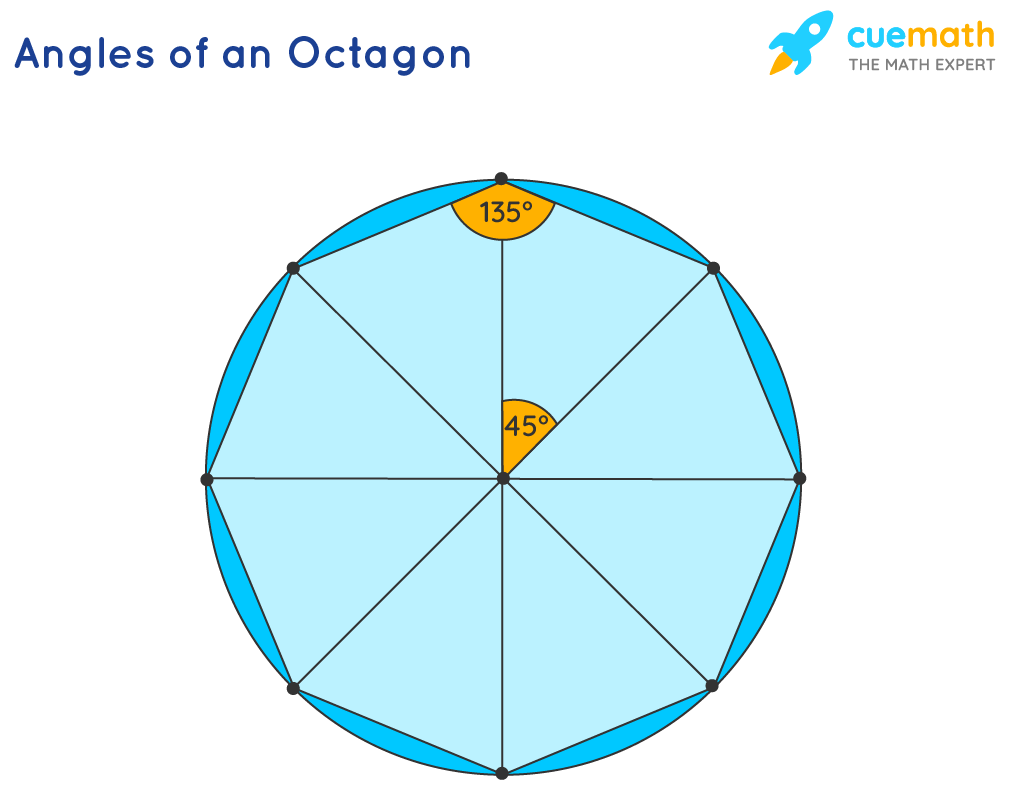 Perimeter of an Octagon Thinking Out of the Box!

Check out these interesting articles on Octagon. Click to know more!

How many Sides are there in an Octagon?

Is an Octagon a Quadrilateral?

What is the Angle Measure of the Angles that form the Corners of an Octagon?

The interior angle at each vertex of a regular octagon is 135°. The central angle is 45°.

Is any 8-Sided Shape an Octagon?

If the shape is closed, made up of straight lines, and has eight sides, we call it an octagon.

Do Octagons have Equal Sides?

Where do the Longest Diagonal of an Octagon Meet?

In total, an octagon has 20 diagonals; the longest ones are on its axes of symmetry, and they meet at the central point, which is also the origin of symmetry.

How many Parallel Lines does an Octagon have?

A regular octagon has 4 pairs of parallel sides. There are a total of 8 sides in an octagon, and those eight sides are parallel to their respective opposite side in the case of a regular octagon.