A polygon is a two-dimensional closed figure which has at least three straight sides, three angles, and three vertices. The term 'Poly' means many and the term 'gon' refers to angle. For example, a triangle has three sides, three vertices, and three angles. So it can be termed as a polygon. There are many types of polygons. The classification of polygons is made on the basis of the number of angles, their sides, and also according to whether a polygon is regular or irregular.

What are the Different Types of Polygons?

Let us look at the types of polygons.

Types of Polygons Based on the Number of Their Sides 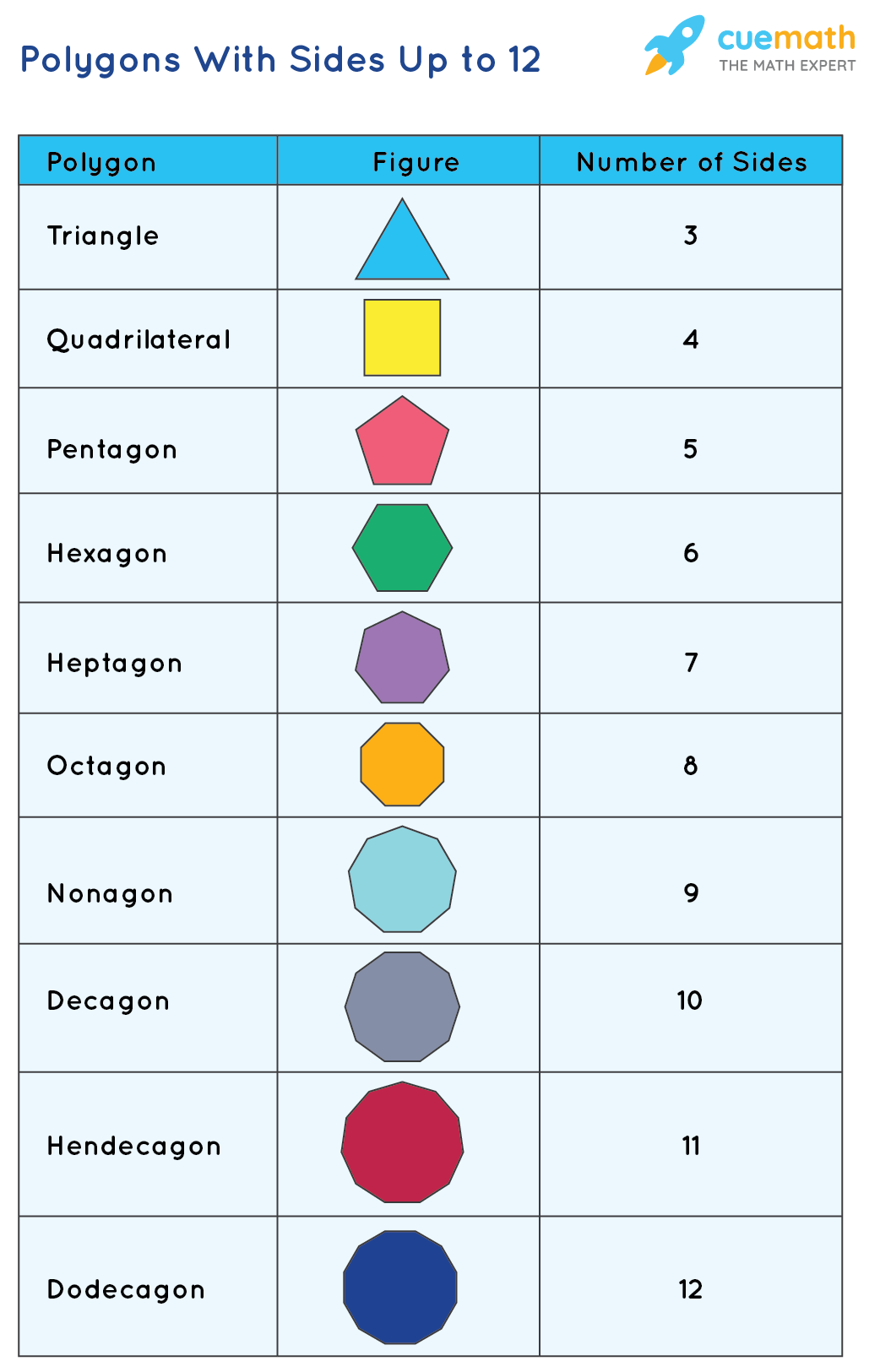 Types of Polygons Based on Their Angles

A polygon can also be classified based on the angles formed by the adjacent sides of a polygon. The measure of the angle may be less than 180° or more than 180°. Based on this, the polygons are classified as convex polygons and concave polygons. The interior angles of an 'n' sided polygon are given by the formula ((n-2)180°)/n.

These polygons have the measure of their interior angles to be always less than 180°. A regular hexagon, which has 6 sides can be termed a convex polygon. Also, the vertices of the convex polygon are protruding or pointing outwards.

They are the opposite of convex polygons, in which at least one of the interior angles measure more than 180°. Also, in a concave polygon, the vertices can be pointing both inwards and outwards.

The figure given below shows a convex and a concave polygon. 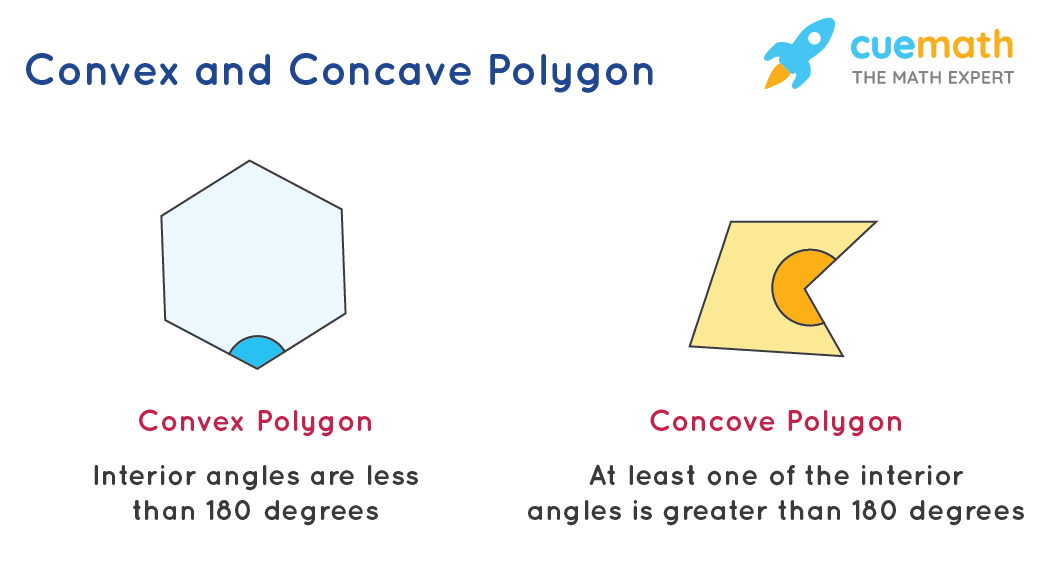 Types of Polygons Based on the Measurement of Sides and Angles

An irregular polygon is a figure that has unequal sides and unequal angles. For example, a rectangle has all of its angles equal to 90° but all four sides are not equal. So it can be termed as an irregular polygon.

Types of Polygons Based on the Boundary of Polygon

A polygon may or may not intersect on the boundary. Thus, the types of polygons on the basis of the boundary of the polygon are given as:

A polygon that intersects itself and has more than one boundary is called a complex polygon.

Topics Related to Types of Polygons

Check out some interesting articles related to types of polygons.

Solved Examples on Types of Polygon

Practice Questions on Types of Polygon

FAQs on Types of Polygon

What are the Types of Polygon?

A polygon is a two-dimensional closed shape that is made by three or more line segments. Thus, polygons can be categorized on the basis of different criteria which are:

All polygons can be categorized into different types of polygons based on the respective criteria they follow.

What are all the Different Types of Polygons?

The different types of polygons are:

What are the Types of Polygons Based on the Number of Sides?

What is the Difference Between Convex and Concave Type of Polygons?

What Types of Polygons are Square and Rectangle?

Square and rectangle are simple, convex polygons, and quadrilaterals as their boundaries do not intersect each other, their interior angles are lesser than 180° and they have four sides respectively. The square is a regular polygon while the rectangle is an irregular polygon.

Which Type of Polygon has Seven Sides?

The type of polygon that has seven sides is referred to as Heptagon. It is made of two words, "Hepta" which means seven, and "gon" which means angles thereby meaning that it is a seven-sided shape having seven angles.

Is Equilateral Triangle a Convex Type of Polygon?

What Type of Polygon is a Trapezoid?

A trapezoid is a simple, convex polygon and a quadrilateral as it has only one boundary, with interior angles lesser than 180° and has four sides respectively. It is also an irregular polygon as the length of all its sides and angles do not measure the same.