A square is a kind of quadrilateral. In fact, a square is a type of rectangle in which all four sides are equal. All squares are rectangles, but not all rectangles are squares. There are many square objects around you. Each square shape is characterized by only one dimension, its side length. In this chapter, we will learn about the concept of square, its shape, important formulas like the area and perimeter, and properties.

A square is a closed two-dimensional figure with four sides and four corners. The length of all four sides is equal and parallel to each other. The basic figure of a square is shown below.

A square is a quadrilateral in which: 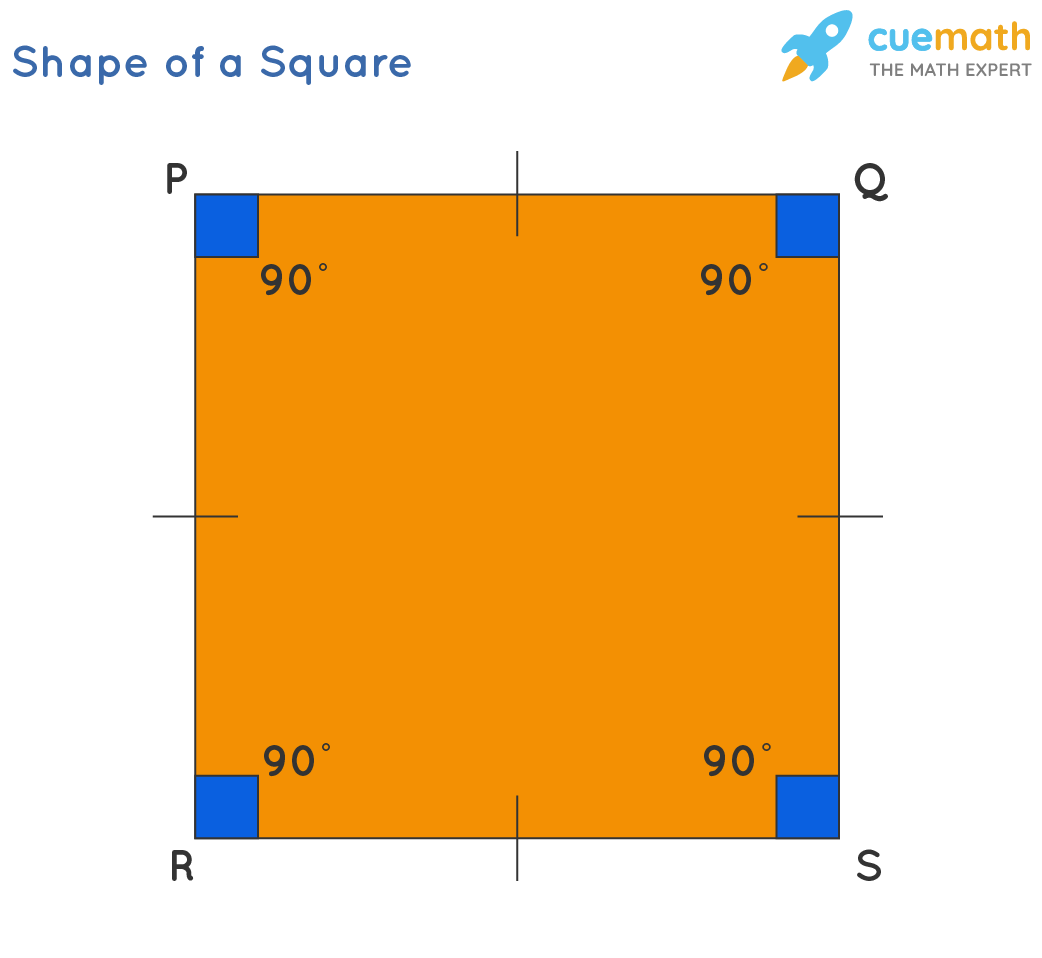 Diagonal of a Square 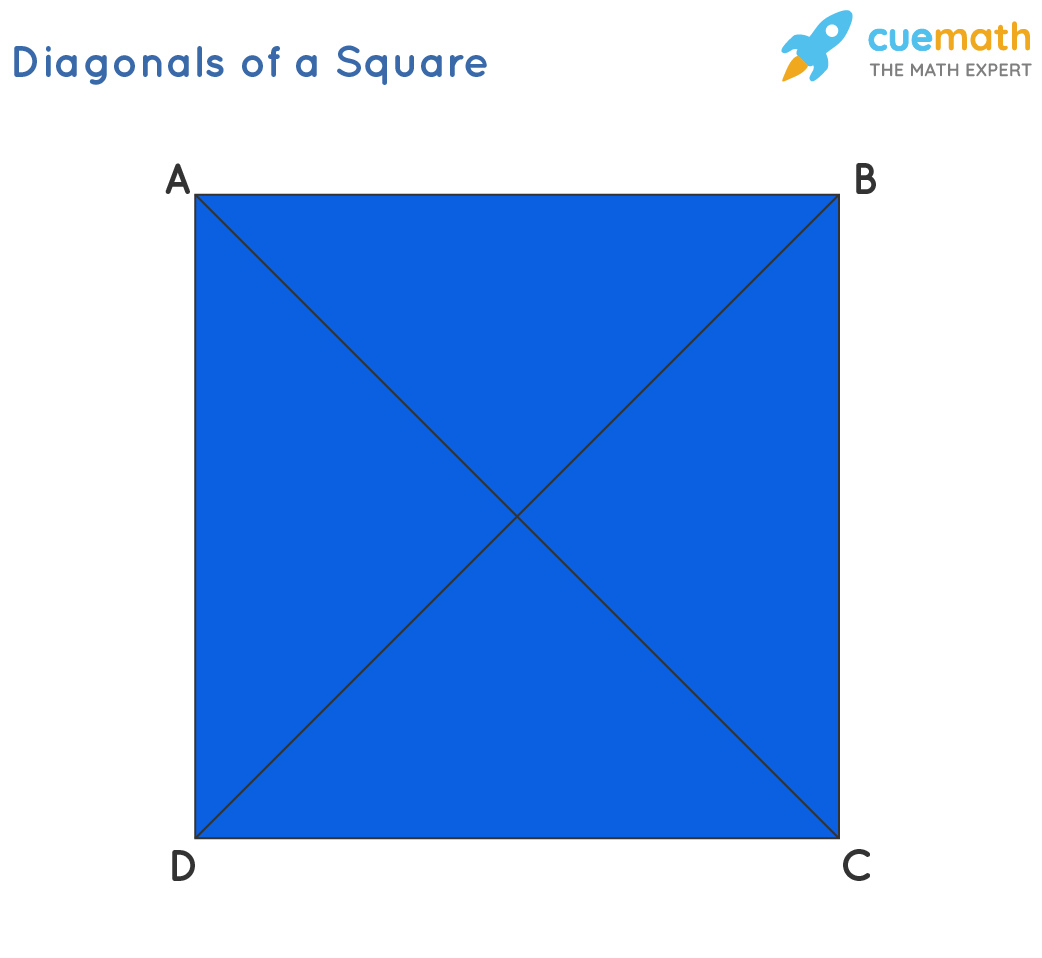 Let s be the side length and d be the diagonal length of a square. We can use the Pythagoras theorem for the triangle ABD: d2 = s2 + s2

Area of a Square

Perimeter of a square

Properties of a Square

A square is a closed figure of four equal sides and the angle formed by adjacent sides is 90 degrees. A square can have a wide range of properties. Some of the important properties of a square are given below.

How to Construct a Square? 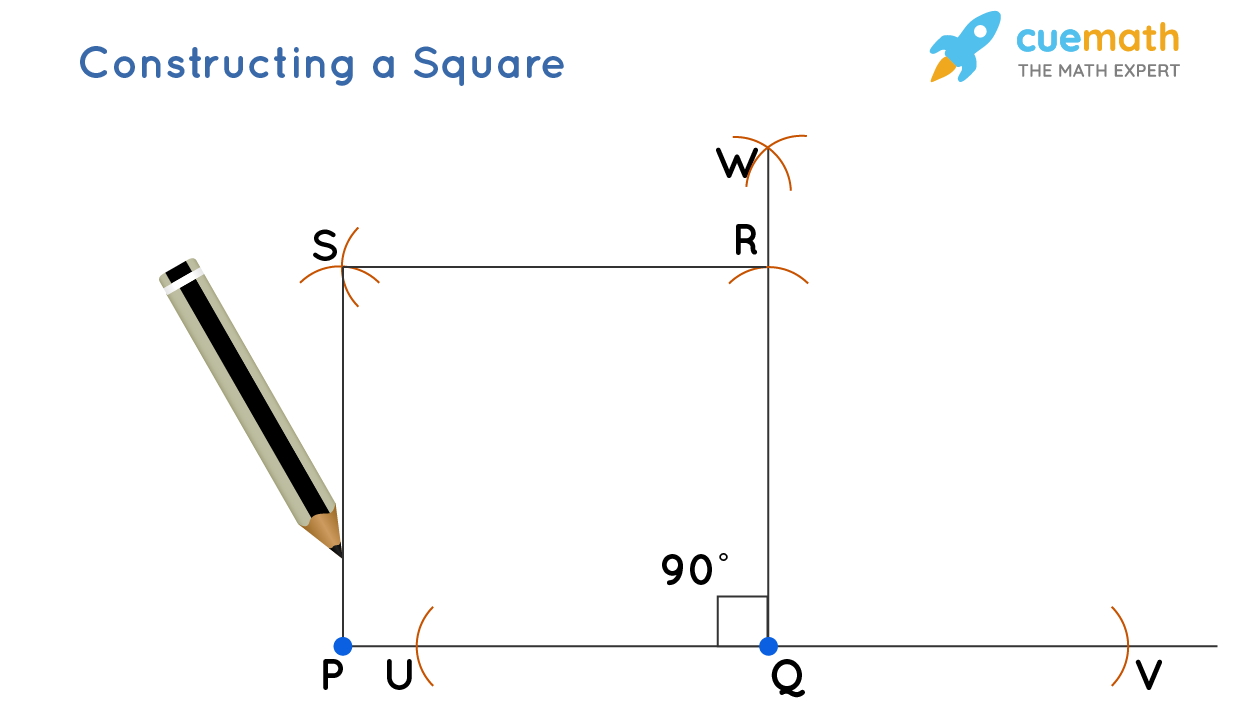 Is Square a Polygon?

Yes, a square is a polygon because it consists of four sides and four vertices and a polygon is any shape joined end to end with straight lines.

Can a Rhombus be a Square?

How can you Identify a Square shape?

A square can be identified as a polygon that consists of four equal sides and all the interior angles as 90º.

Is Square a Regular Polygon?

A regular polygon is a polygon whose length is equal on all sides with equilateral angles. Since a square has all its sides equal, it is a regular polygon.

Is Square a Trapezoid?

What is the Formula for the Area of a Square?

The basic properties of a square are:

What is the Formula for Perimeter of a Square?