A rhombus is a closed two-dimensional plane figure. It is considered a special parallelogram, and because of its unique properties, it gets an individual identity as a quadrilateral. A rhombus is also called an equilateral quadrilateral since all of its sides are equal in length. The term ‘rhombus’ has been derived from the ancient Greek word ‘rhombos', which actually means something that spins. Let us learn more about the rhombus and its properties in this article.

What is a Rhombus?

A rhombus can be defined as a special parallelogram as it fulfills the requirements of a parallelogram, i.e. a quadrilateral with two pairs of parallel sides. In addition to this, a rhombus has all four sides equal just like a square. That is why it is also known as a tilted square. Look at the image below to understand the relationship of rhombus shape with parallelogram and square. 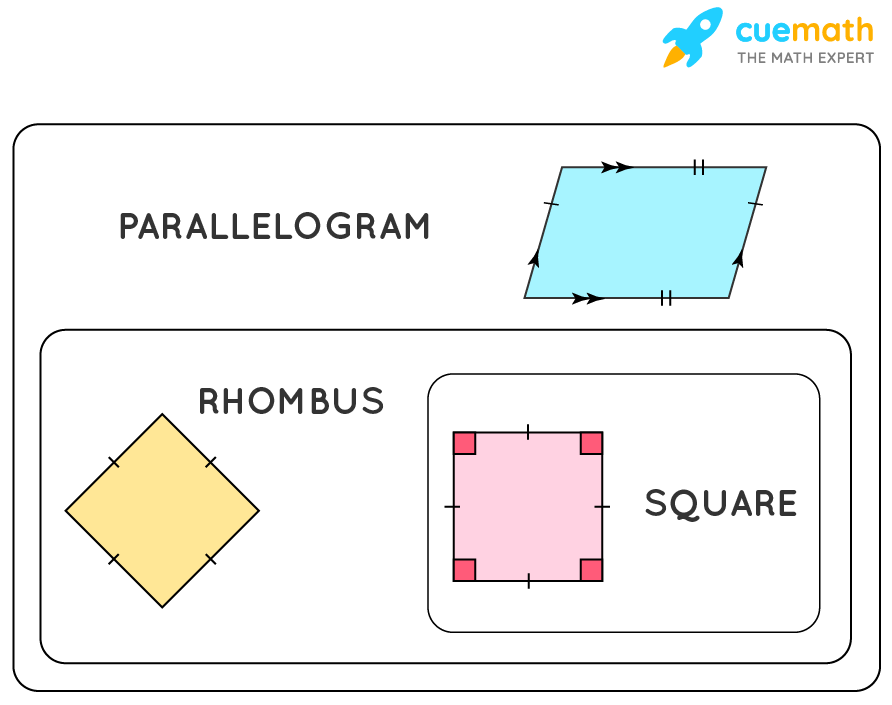 A rhombus can have three additional names:

Properties of a Rhombus

A rhombus, like all geometric shapes, has properties that are unique to it. The table below describes the properties of a rhombus. 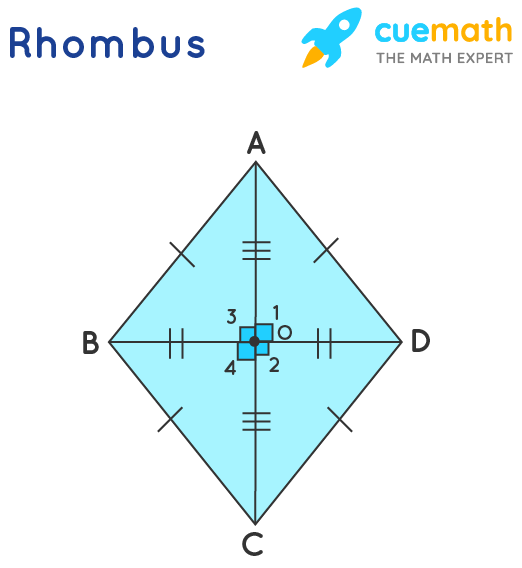 One thing we should remember about the diagonal of a rhombus is that in addition to bisecting each other at 90°, the two diagonals bisected will be of the same length. For example: if the length of a diagonal is 10 cm and the other diagonal bisects it, then it is divided into two 5 cm segments. If you know the side of the rhombus and the value of certain angles, then you can determine the length of the diagonal.

A rhombus is a diamond-shaped quadrilateral that has all four sides equal. We can see rhombus-shaped figures in our day-to-day lives. Some of the real-life examples of a rhombus are shown in the below-given figure: a diamond, a kite, an earring, etc. 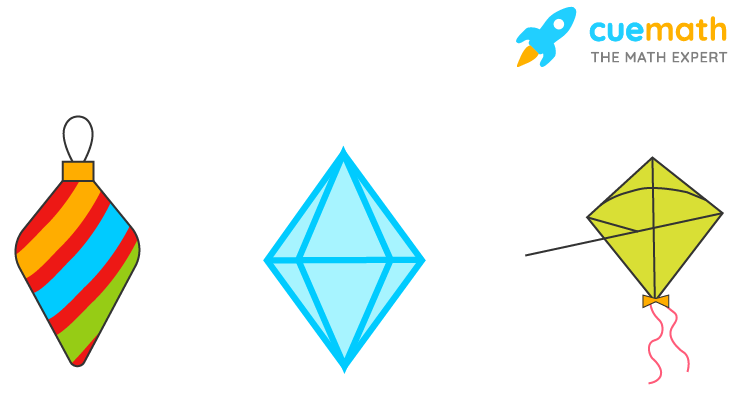 The formulae for rhombuses are defined for two attributes:

Area and Perimeter of a Rhombus

Just like a square, all four sides of a rhombus are equal, so, the formula for the perimeter of the rhombus is the product of the length of one side by 4. We get P = (4 × a) units, where a is the side of a rhombus. 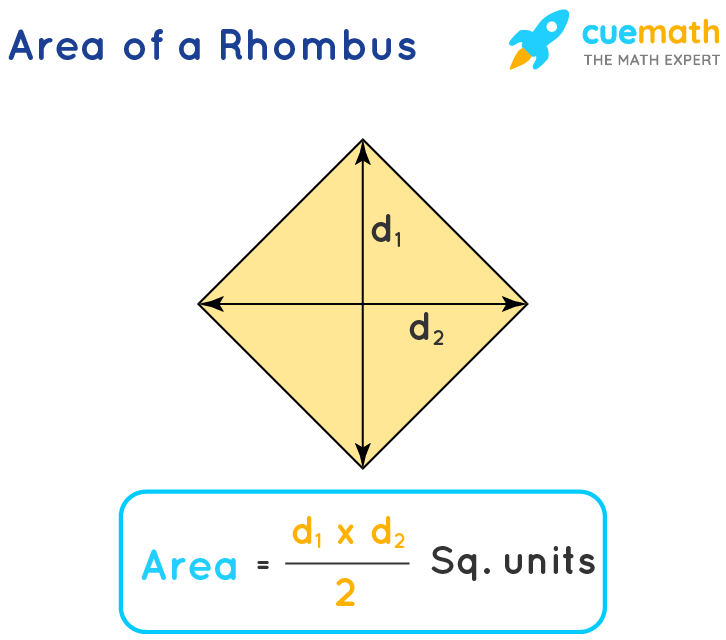 Here is a list of a few points that should be remembered while studying about rhombus:

Check out these interesting articles to learn more about the rhombus and its related topics.

What is Rhombus in Geometry?

A rhombus is a 2-D shape with four sides hence termed as a quadrilateral. It has two diagonals that bisect each other at right angles. It also has opposite sides parallel and the sum of all the four interior angles is 360 degrees.

Are All Squares Rhombuses?

What Shape is a Rhombus?

A rhombus is a diamond-shaped quadrilateral. If you look at a pack of cards and pull out the 13 diamond cards, you will find that the diamond geometric shape is that of a rhombus. It has all four sides equal and opposite sides parallel to each other. It looks like a tilted square.

Is a Rhombus a Regular Polygon?

What is the Area of a Rhombus?

What are the Four Properties of a Rhombus?

A rhombus is a quadrilateral that has the following four properties:

What is the Difference Between Rhombus and a Square?

What is the Difference Between a Parallelogram and a Rhombus?

What are the Basic Rhombus Formulas?

A few basic rhombus formulas are listed below:

What is the Sum of the Interior Angles in a Rhombus?

The sum of the interior angles in a rhombus is 360°.

No, the angles of a rhombus need not necessarily have to be right angles. A rhombus with all four interior angles as 90-degree angles is considered a square.