Decagons can be categorized as regular and irregular decagons based on side-length and angle measurements. There are three possible classifications of decagon that are given below: 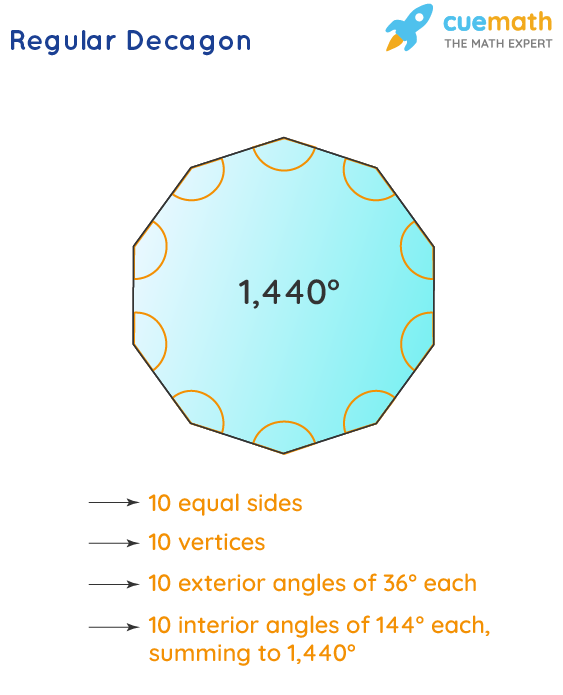 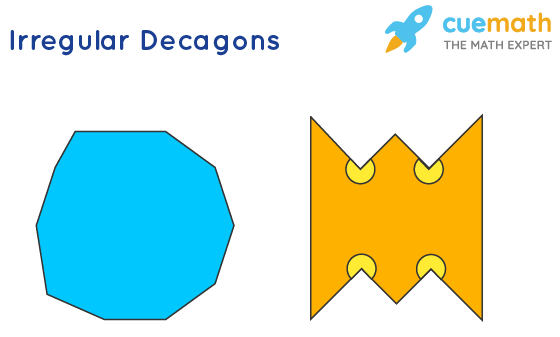 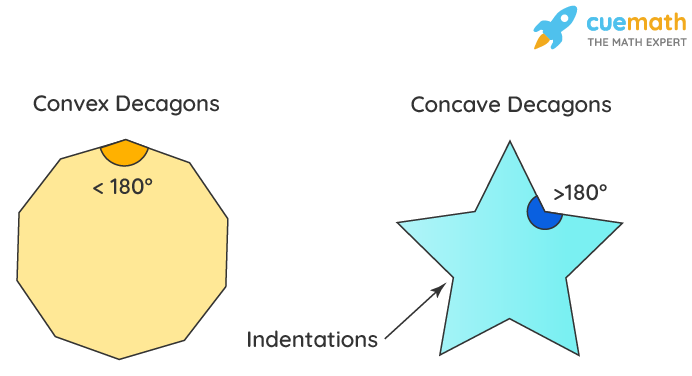 Some of the important properties of decagons are listed here.

Sum of the Interior Angles of Decagon

We know that the number of sides of a decagon is 10. Hence, we divide the total sum of the interior angles by 10

Measure of the Central Angles of a Regular Decagon 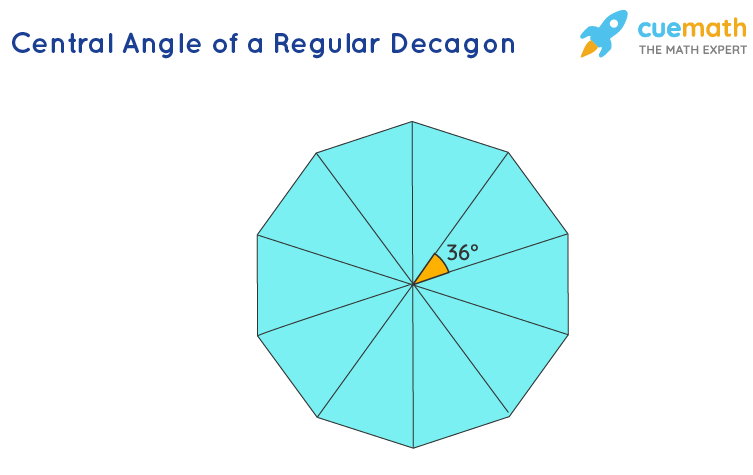 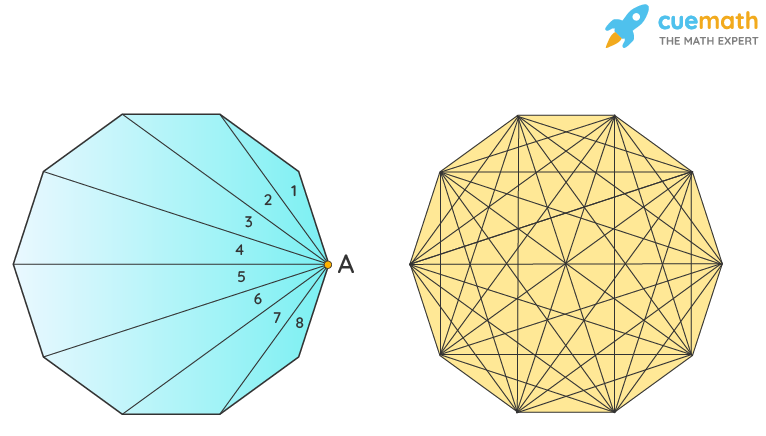 Like other shapes, a regular decagon also has the formula to calculate perimeter and area. The formulas are mentioned below:

Check out these interesting articles to know more about decagon and its related topics.

What is a Decagon in Geometry?

How do you find the Area of a Decagon?

How Many Sides Does a Decagon have?

According to the properties of a decagon, the total number of sides is 10 made by joining 10 vertices. As there are only 10 sides and 10 vertices, therefore, the number of interiors and exteriors angles formed by all 10 sides are also 10.

How Many Vertices and Diagonals Do a Regular Decagon Have?

What are the Exterior Angles of a Regular Decagon?

What is the Sum of the Interior Angles of a Decagon?

What is a 10 Sided Shape Called?

A decagon is known as a ten-sided shape or polygon with ten vertices and ten angles. When any shape is formed by joining 10 sides, it is called a decagon.