What is Quartile Formula?

The quartile formula helps to divide a set of observations into 4 equal parts. The first quartile lies in the middle of the first term and the median. The median is the second quartile. The middle value lying between the median and the last term is the third quartile. Mathematically, they are represented as follows,

When the set of observations are arranged in ascending order the quartiles are represented as, 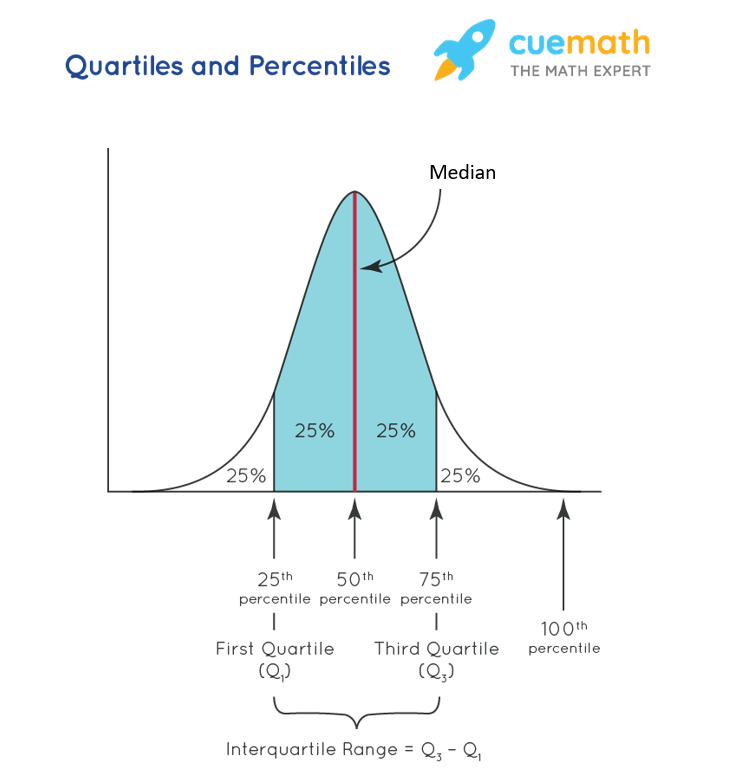 The interquartile range is calculated as Upper Quartile – Lower Quartile.