Scientific notation is a method for expressing a given quantity as a number having significant digits necessary for a specified degree of accuracy, multiplied by 10 to the appropriate power such as 1.56 × 107. It is a form of presenting very large numbers or very small numbers in a simpler form. The scientific notation helps us to represent the numbers that are very huge or very tiny in a form of multiplication of single-digit numbers and 10 raised to the power of the respective exponent. The exponent is positive if the number is very large and it is negative if the number is very small. Let's understand the scientific notation formula.

What is Scientific Notation Formula? 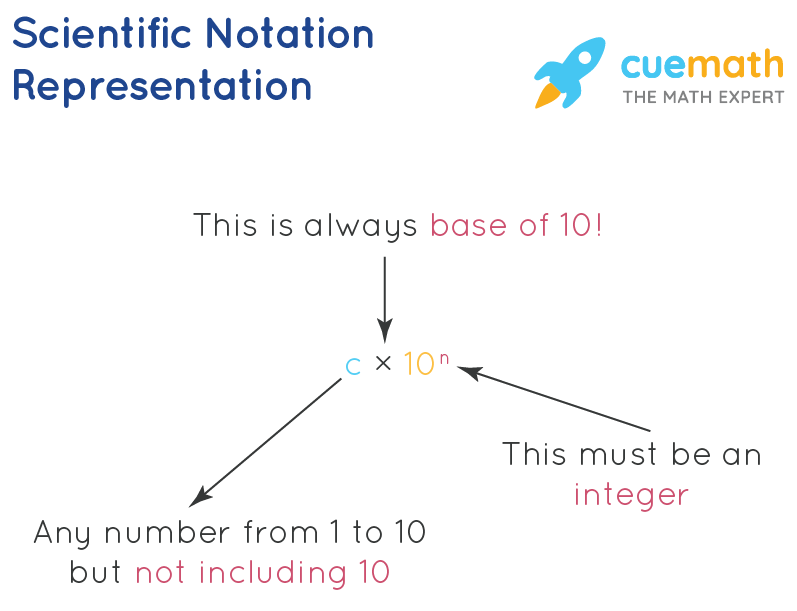 To determine the power or exponent of 10, let us understand how many places we need to move the decimal point after the single-digit number.

Let us see the applications of the scientific notation formula in the following solved examples.

The decimal point was moved 8 places to the right to form the number 8.4

Since the numbers are less than 10 and the decimal is moved to the right, so we use a negative exponent here.