What Is the T-test Formula?

The t-test formula is applied to the sample population. The t-test formula depends on the mean, variance, and standard deviation of the data being compared. There are 3 types of t-tests that could be performed on the n number of samples collected.

The critical value is obtained from the t-table looking for the degree of freedom(df = n-1) and the corresponding α value(usually 0.05 or 0.1). If the t-test obtained statistically > CV then the initial hypothesis is wrong and we conclude that the results are significantly different.

For comparing the mean of a population \(\overline{x}\) from n samples, with a specified theoretical mean μ, we use a one-sample t-test.

where σ/√n is the standard error 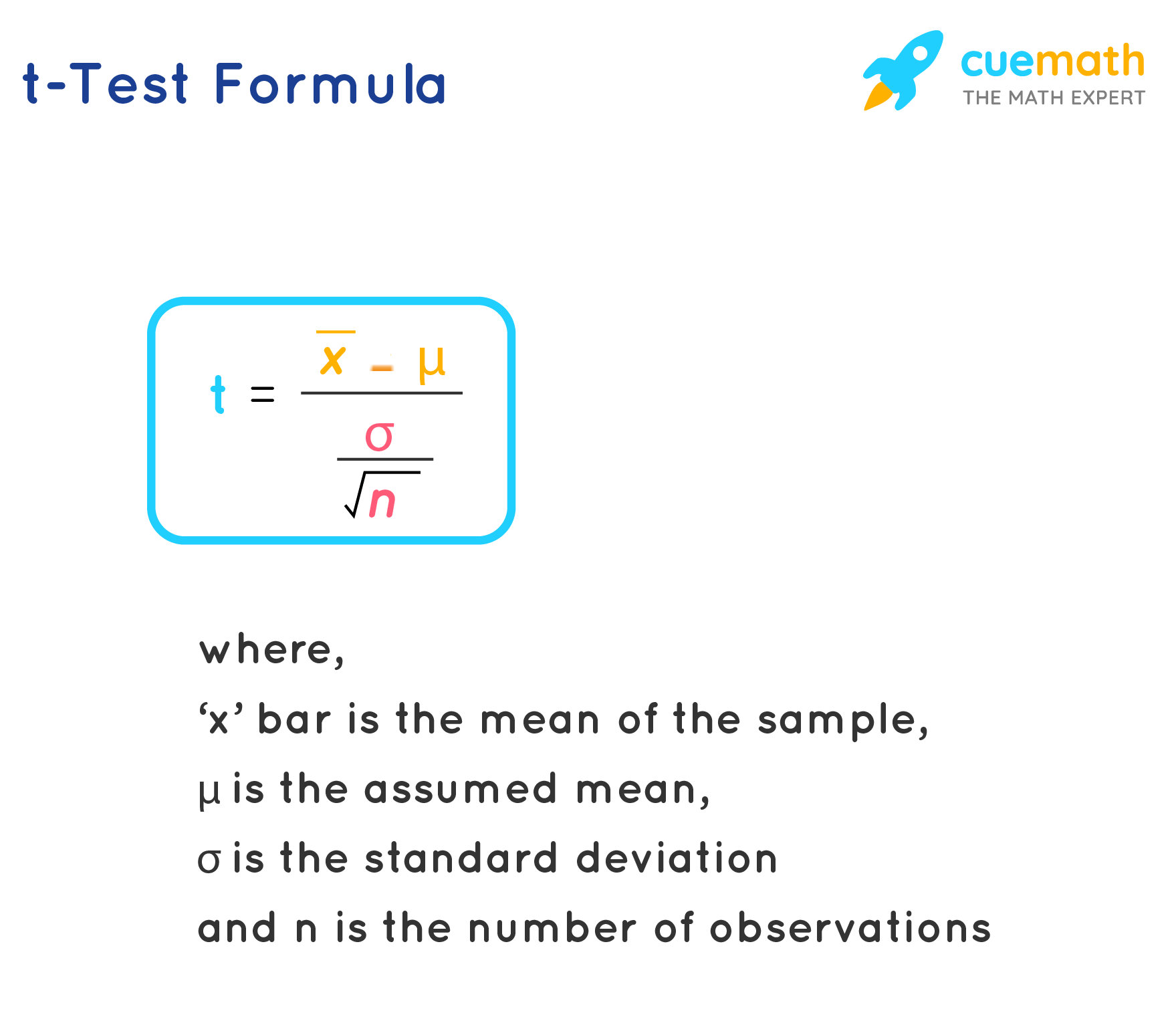 Students t-test is used to compare the mean of two groups of samples. It helps evaluate if the means of the two sets of data are statistically significantly different from each other. 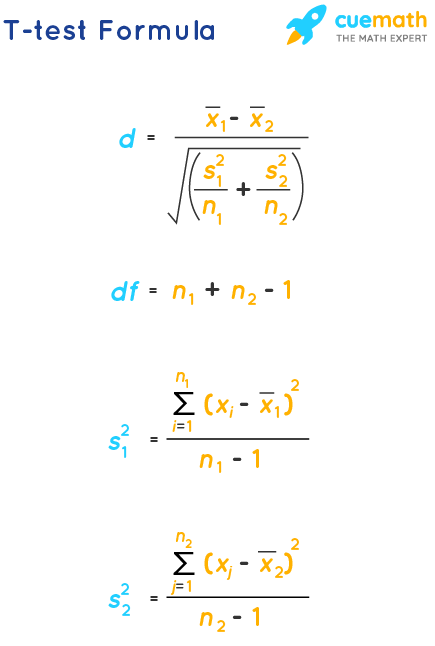 Whenever two distributions of the variables are highly correlated, they could be pre and post test results from the same people. In such cases, we use the paired samples t-test.

Example 1: Calculate a t-test for the following data of the number of times people prefer coffee or tea in five time intervals.

let us find the mean, variance and the SD

According to the t-test formula,

Applying the known values in the t-test formula, we get

Therefore the scores are not significantly different.

How Do You Calculate The T-test?

The following steps are followed to calculate the t-test.

What is the Formula for Finding The Independent T-test?

Students t-test is used to compare the mean of two groups of samples.

What is a One-Sample t-test?

The one-sample t-test is the statistical test used to determine whether an unknown population mean is different from a specific value. For example, comparing the mean height of the students with respect to the national average height of an adult.

What is a T-test Formula Used For?

We use the T-test Formula to statistically determine if there is a significant difference between the means of two groups that are related in certain aspects. Examples: a gym center tests the weight loss from a few samples, a company hiring candidates is set to determine the skills of 2 candidates from two different universities at the interview, and so on.