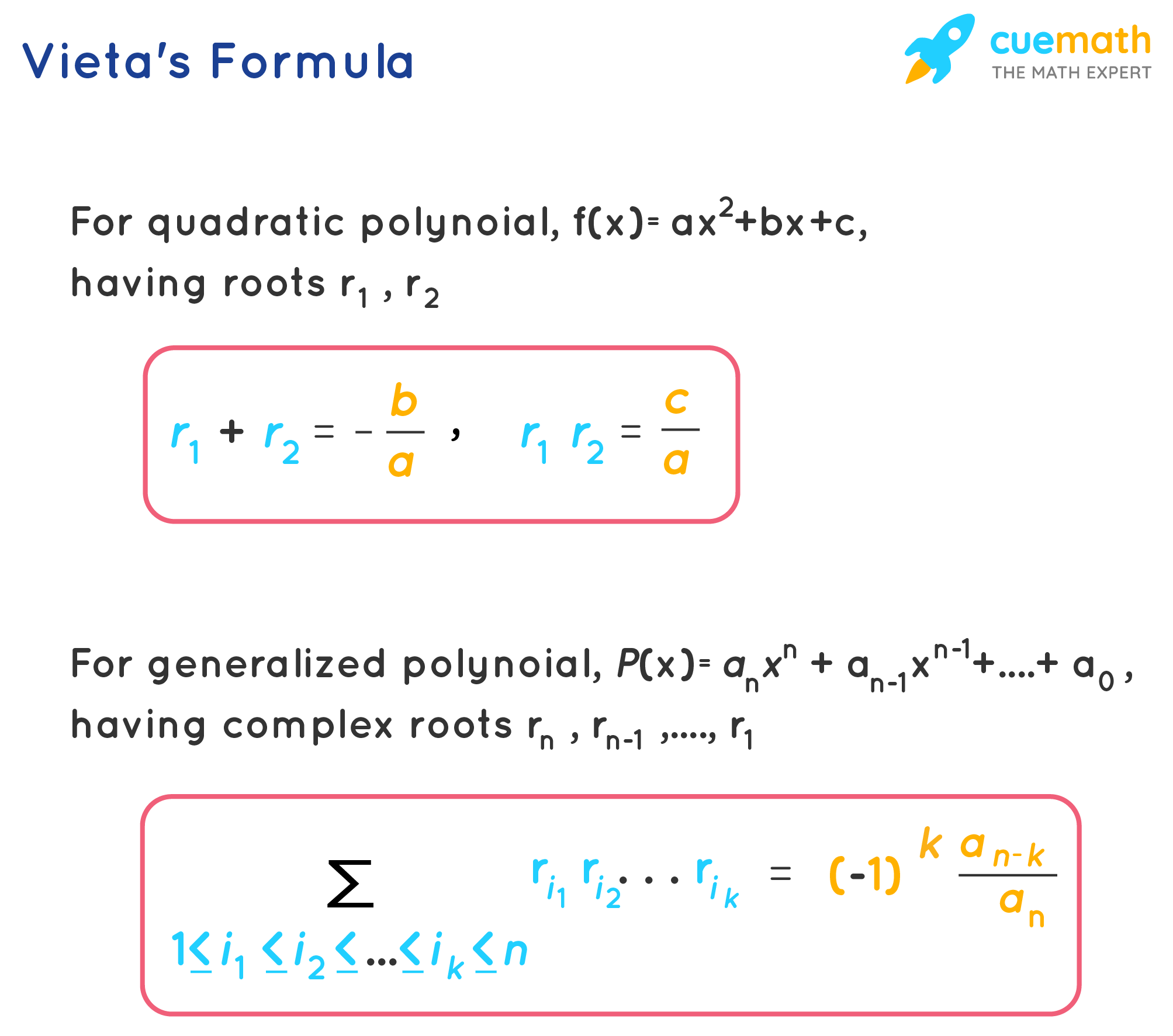 Let us now look at a few solved examples on Vieta's formula to understand the concept better.