Hypatia of Alexandria was a prominent mathematician, philosopher, and advisor to the city's leaders. She is the earliest female mathematician whose life and work reasonably detailed knowledge exists.

Hypatia was born around 355 CE in Alexandria, then part of the Egyptian province of the Eastern Roman Empire and an intellectual center. 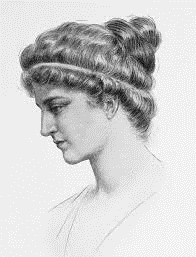 In the centuries since she lived, the details of her life have been subject to much dispute. Hypatia was a great teacher and counselor. She also became an icon for feminist movements in the twentieth century.

While none of her writings survive, her contemporaries and her students' account of her work and life sketches the qualities that made her a renowned scholar, beloved as a teacher, and ultimately led to her downfall.

Hypatia was the daughter of mathematician and astronomer, Theon of Alexandria. Not much is known about her mother. She was the only child of her parents, and Theon educated her himself.

As Hypatia reached her adulthood, she had surpassed her father in both mathematics and philosophy. She became a renowned scholar in the city and took her father's place as the head of Platonic school, a modern university. Hypatia taught students from all over the Mediterranean. She also taught them the writings of Plato and Aristotle. She spoke amongst the assembly of men, which shows her extraordinary dignity and virtue. She was often described as a charismatic teacher.

While Hypatia was considered a Pagan, a traditional roman belief before Christianity, she worshipped no particular diety. Her ideas can be connected to multiple religious belief systems.

Contributions of Hypatia in the field of Mathematics

Hypatia refined several scientific instruments, wrote math textbooks, and developed a more efficient long division method. Hypatia wrote a piece on Diophantus's thirteen volume Arithmetica, which contains 100 mathematical problems, whose solutions are proposed using algebra. She also wrote an article on conic sections, but these writings have been lost in the hole of time. 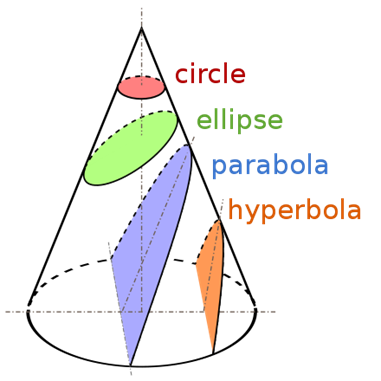 Hypatia also constructed an Astrolabe, which is a device used to calculate the date and time according to the positions of stars and planets. She also built a Hydrometer, a tool used to determine densities of fluids.

It is not evident that she took part in any original mathematical research. However, she assisted her father in producing a new version of Euclid’s Elements.

Hypatia was a Neoplatonist, believing that mathematics has a spiritual aspect, divided among the four branches of arithmetic, geometry, astronomy, and music. She thought that the numbers are the sacred language of the universe.

How did Hypatia die?

Christianity was on the rise and became the Empire's state religion. The local archbishop Cyril got political powers and commanded Pagan temples' destruction and the harassment of the Jewish population. There was a bitter religious conflict between Christians, Jews, and Pagans.

Cyril encroached on the secular authority of the Roman governor Orestes, which led to a prolonged public quarrel between the two men. As Hypatia was considered wise and impartial, Orestes consulted her, and she advised him to act with fairness. 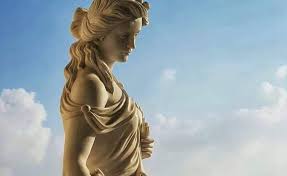 When Cyril's monks badly injured Orestes in a riot, he had their leader tortured to death. Cyril and his followers blamed Hypatia for witchcraft and turning Orestus against Christianity.

One day when Hypatia was traveling through the city, a violent Christian mob attacked her and dragged her out of her carriage, brutally murdering her and dismembering her body.

Hypatia's death was a turning point in the politics of Alexandria. In the wake of her murder, philosophers, greek and Romans fled the city, and the city's role as the center of learning declined. She was being called a 'martyr of philosophy'.

The affair of her death made Hypatia a powerful feminist symbol. She became an inspiration for the intellectual endeavor she had in the face of the ignorance of prejudice. Hypatia's contribution to mathematics and philosophy was enough to leave a great legacy behind and preserve her name. Still, sadly, the manner of her death added to it with even greater emphasis.

What is Hypatia known for?

Hypatia was the first known female mathematician and scholar. She is known as a symbol of feminism to date. The manner of her death marked the beginning of the end for Alexandria as a center of academics.

How long did Hypatia live?

She was 55 years old at the time of her death. The exact dates of her life are not exactly known, but she is assumed to be active during 360-415 AD.

How did Hypatia die?

Hypatia was accused of using witchcraft to get the Christian Roman governor under her control. She was attacked on her way through the city by an angry Christian mob and killed brutally.