On tossing a coin, the outcome will be either ahead or a tail, the result is easily predictable. But what if you toss two coins at the same time? The result can be a combination of head and tail. In the latter case, the correct answer can not be obtained, so only one can predict the possibility of a result. This prediction is known as Probability. Probability is widely used in all sectors in daily life like sports, weather reports, blood samples, predicting the sex of the baby in the womb, congenital disabilities, statics, and many. In this topic, we will learn in detail about probability.

Here is a PDF of probability that explains probability has something to do with a chance. It is the study of things that might happen or might not. We use it most of the time, usually without thinking of it. Explore the Probability in Real Life by clicking the downloadable link below:

The likelihood of the occurrence of any event can be called Probability.

Some of the applications of probability are predicting the outcome when you:

Al-Khalil, a middle eastern mathematician, wrote the Book of Cryptographic Messages, which demonstrates the first use of permutation and combination to list all the Arabic words with or without vowels. This was the earliest form of probability and statistics.

Probability of a branch of mathematics relating the numerical illustration of how likely an event can exist. The likelihood of any event to occur is a number between 0 and 1, where 0 indicates the impossibility of the event and 1 indicates certainty.

Formula to calculate the probability 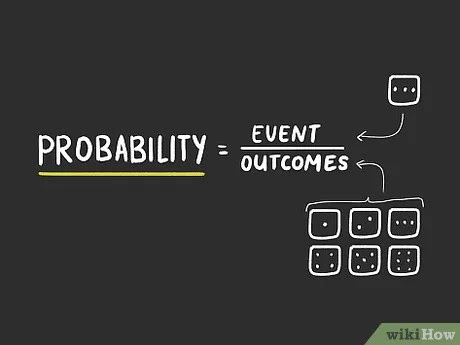 A probability forecast is an assessment of how likely an event can occur in terms of percentage and record the risks associated with weather. Meteorologists around the world use different instruments and tools to predict weather changes. They collect the weather forecast database from around the world to estimate the temperature changes and probable weather conditions for a particular hour, day, week, and month.

if there are 40 % chances of raining then the weather condition is such that 40 out of 100 days it has rained.

In sports, analyses are conducted with the help of probability to understand the strengths and weaknesses of a particular team or player. Analysts use probability and odds to foretell outcomes regarding the team’s performance and members in the sport.

Coaches use probability as a tool to determine in what areas their team is strong enough and in which all areas they have to work to attain victory. Trainers even use probability to gauge the capacity of a particular player in his team and when to allow him to play and against whom.

A cricket coach evaluates a player's batting and bowling capability by taking his average performances in previous matches before placing him in the lineup.

Issuing health insurance for an alcoholic person is likely more expensive compared to the one issued to a healthy person. Statistical analysis shows high health risks for a regular alcoholic person, ensuring them is a great financial risk given a higher probability of serious illness and hence filing a claim of premium money.

Blackjack, poker, gambling, all sports, board games, video games use probability to know how likely a team or person has chances to win.

When two dices are rolled simultaneously, the outcomes will be as given below It is the study of mathematical representation of strategic relations among analytical outcomes. It has applications in social science, logic, system science, and computer science. In 1944, John Von Neumann published a paper, "Theory of Games and Economic Behaviour". He proved Brouwer’s fixed point theorem on continuous mapping into compact convex sets, the standard game theory method.

Application of portability in Game theory :

1.Economics and business: Economists use game theory as a tool to analyze economic competition and phenomena such as bargaining, voting theory, auction, mechanism design. Executives, investors, and managers in the business world use the game theory strategy for investments, launching of new products, or entering a new business. Game theory models force each player to consider the action made by their competitor and plan the next strategy.
2. In politics: Diplomats and politicians use game theory to analyze any situation of conflict between individuals, companies, states, and political parties. It is also used in war strategies, political voting, and political affairs.
3. In philosophy: Philosophers use game theory in various aspects of philosophy.
4. In biology: It is applied to the analysis of the abnormal natural phenomenon in biology.

What is the definition of probability?

Probability in mathematics can be defined as the number of possible outcomes in an event.

How to calculate probability?

How is probability used in everyday life?

What are the 3 types of probability?

What are the 5 rules of probability? This is the addition rule for disjoint events. 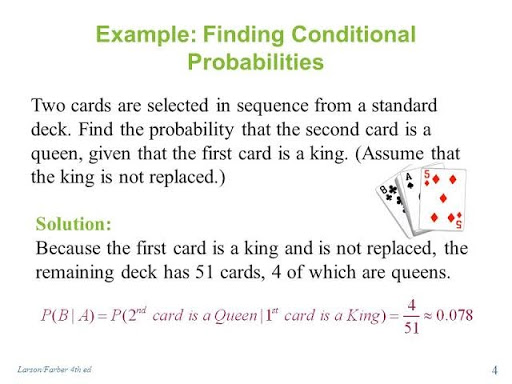