A calendar is a very important tool in our everyday lives. It allows us to keep track of the days, weeks, months, and years and thus helps us time ourselves.

Do you also want to learn how to read a calendar to keep a track of the dates? So let's get started to learn in detail about reading a calendar, months, leap year, week, time and, days of the week with the concepts, the solved examples, and the practice questions on this page.

What is a Calendar?

A calendar is a chart or series of pages that shows the days, weeks, and months of a particular year. A normal year of 365 days or a leap year of 366 days is divided into 12 months. Given below are the names of 12 months of the year:

We use a calendar to keep a record of important events such as festivals, anniversaries, etc., in the form of dates. The format of a date is given below: 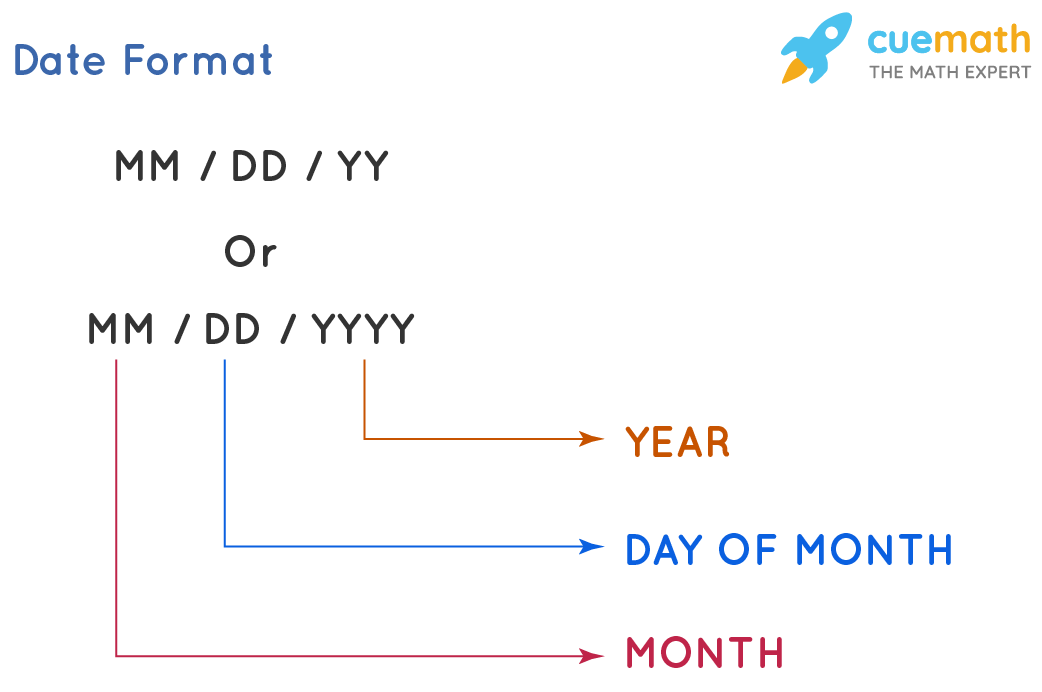 By reading a calendar, we can know about the current year, month, and day. We can keep ourselves aware of and prepared for future events and their respective dates accordingly. Thus, we can keep track of the days, weeks, months, and years.

Suppose you want to know the day on which Christmas fell in the year 2021? 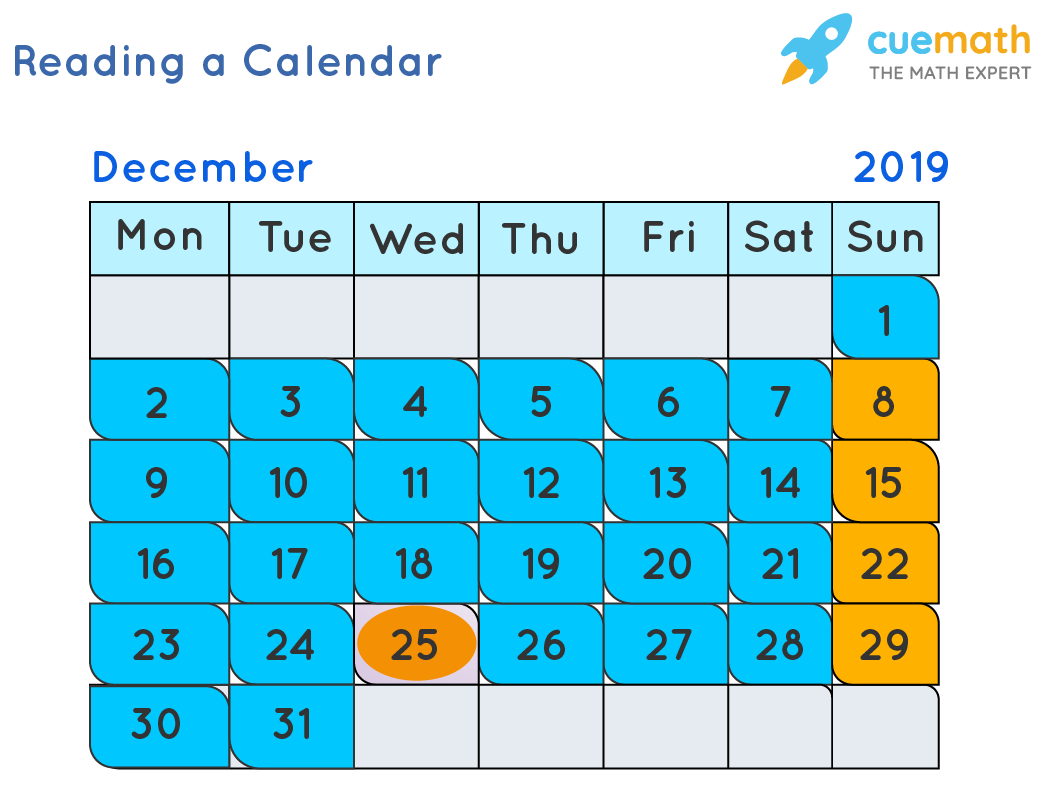 Days in Each Month

A year has 12 months. It starts with the month of January and ends with the month of December. It is very important to remember the number of days in a month. There are months with 31 days, 30 days, and even with 28/29 days. Let's have look at the table given below:

A Leap year is a year when an extra day, referred to as a leap day(February 29) is added to the shortest month, February. To keep our calendar in alignment with the Earth's revolutions around the Sun, leap days are needed. The Earth takes approximately 365.242189 days or 365 days, 5 hours, 48 minutes, and 45 seconds – to complete one revolution around the Sun referred to as a tropical year.

A leap year has 366 days instead of the usual 365 days and occurs almost every four years.

How do we know whether a year is a leap year?

An Exception to the rule: A Century Year!

FAQs on Reading a Calendar

What is the Meaning of Calendar?

A calendar is a chart or series of pages that shows the days, weeks, and months of a particular year.

How Many Days are there in a Year?

Which is the First Calendar in History?

What are the Calendar Months Named After?

The first calendar, the Roman year calendar, which was ascribed to the legendary king Romulus, had ten months. The king named the first month, Martius, after his own father, Mars, the god of war. The months-September, October, November, and December are named after Roman numbers 7, 8, 9, and 10, which were originally the seventh, eighth, ninth, and tenth months of the Roman year. The months- July and August were renamed after Roman rulers, they were called Quintilis and Sextilis, which meant fifth and sixth months.

How do you use the calendar to teach sequencing time?

A calendar can be a great visual tool to help children learn about time and also the sequencing concepts such as, before, after, first, last, next, month, day, year, week, yesterday, today, tomorrow, and until.

How Many Days Are in a Month Trick?