How can we make a 45-degree angle without a protractor?

The construction of angles without a protractor can be done just using a compass and a ruler.

Read the steps carefully and construct.

An angle can be constructed using a ruler and a compass.

To construct an angle of 45º, we need to follow some simple steps.

1. Draw a line segment BC of any length.

2. Taking B as the center, construct a semicircle that bisects BC at point P.

3. From P, construct three arcs dividing the semi-circle into 3 equal parts that are 60º each.

4. Mark the points as x and y where the arcs bisect the semi-circle.

5. From point x and y construct arcs that bisect each other at point Z.

6. Join points A and Z to obtain a 90º angle that bisects the semi-circle at point T

7. Construct arcs from point P and T that bisect each other at point A.

8. Join AB and the angle formed ABC is the required angle. 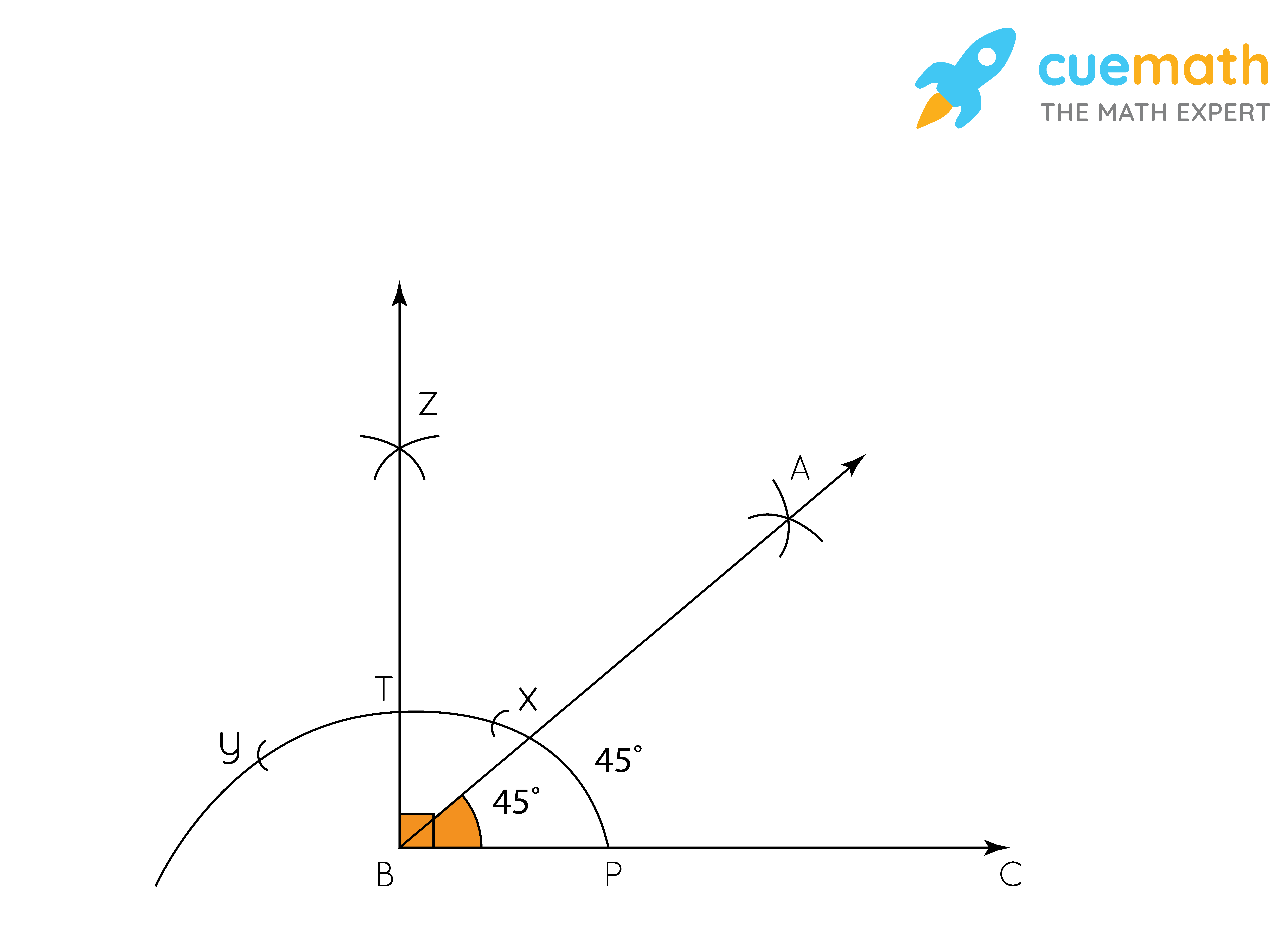 Thus, the angle formed ABC is the required angle of 45º.