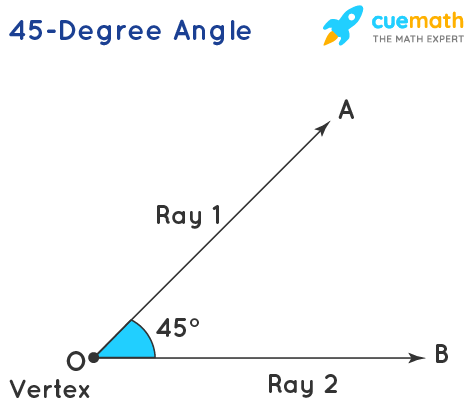 If the angle formed at the vertex O measures 45 degrees, we call it a 45-degree angle.

Let us see a few examples of 45-degree angles in our surroundings:

Check out some interesting topics related to a 45-degree angle.

How Do You Find an Angle Without a Protractor?

We already have two arms of the angle. we can join the other ends of the two arms and form a triangle and measure the length of each side and use the trigonometric ratio to find the angle measures.

How Many 45 Angles Does it Take to Make a Full Turn?

How to Measure 45 Degree Angle?

Where is 45 Degree Angle?