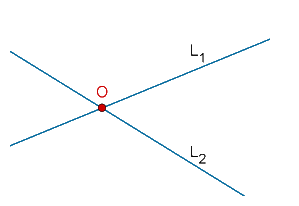 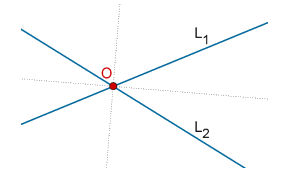 Now, suppose that X lies on any one of the two angle bisectors. We then need to show that X is equidistant from L1 and L2. In other words, the perpendiculars from X onto L1 and L2 will be of the same length: 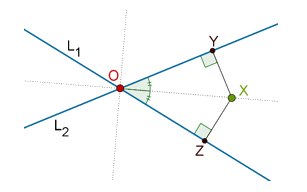 We need to show that XY = XZ. Consider the two triangles OXY and OXZ:

By the ASA criterion, ∆OXY ≡ ∆OXZ, which means that XY = XZ. Thus, X is equidistant from L1 and L2. And this result holds regardless of which of the two angle bisectors X lies on.

To summarize: a point equidistant from two lines must lie on one of the two angle bisectors of the angles formed between the two lines. 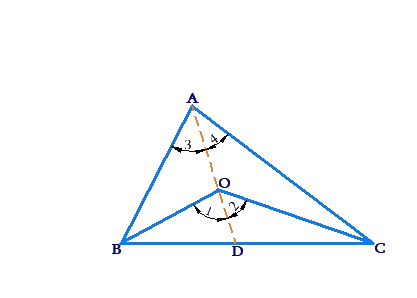 Through A, we have drawn AO, which intersects BC at D. We have also marked various angles in the figure.

Adding these two inequalities,we have: 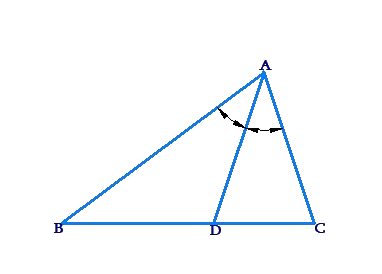 Since AB > AC, we have \(\angle C > \angle B\) (angle opposite the larger side will be larger). Now, we will make use of the exterior angle theorem. We note that

Example 3: This problem consists of four parts, which should be covered in sequence

(d)  Prove that no straight line segment can be drawn within a triangle which is greater than its greatest side.

(a)  Consider the following figure: 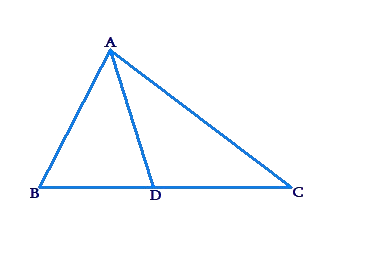 The proof for the case of AB = AC is left to the reader as an exercise.

(b)  The following figure shows a \(\angle ABC\) with BC as its largest side. We have also marked D and E as arbitrary locations on BC and CA respectively: 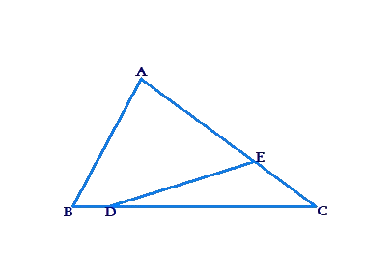 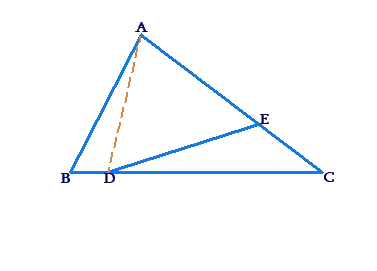 Consider \(\Delta ADC\). Using the result of part-(a), at least one of AD or DC must be greater than DE. Now, we will show that BC is greater than both AD and DC:

(c)  Once again, the following figure shows \(\Delta ABC\) with BC as the largest side. E and F are points on AB and AC respectively: 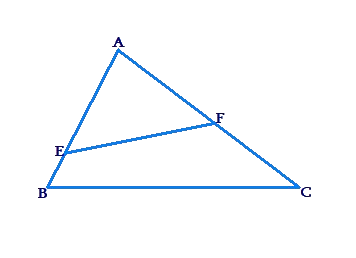 We need to show that \(BC \ge EF\). Some of you may say that this visually obvious. EF can never be larger than BC. However, we need to demonstrate this through a logical, step-by-step proof. 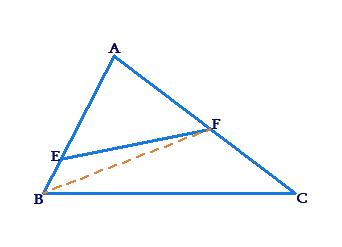 Consider \(\Delta AFB\). EF must be smaller than at least one of AF or BF. We further note that:

Thus, both AF and BF are smaller than BC, and since EF is smaller than at least one of (AF, BF), we conclude that EF < BC.

Note the special case when E coincides with and F with C, in which case EF = BC. Thus, we can say that \(EF \le BC\).

(d)  Now comes the final and most interesting part of the problem, which builds on the previous part. Consider an arbitrary \(\Delta ABC\) with BC as its largest side, in which an arbitrary segment XY has been drawn: 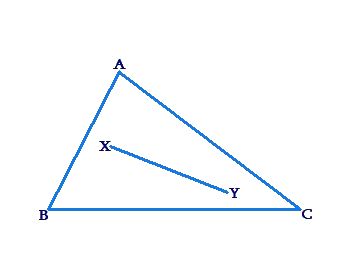 We have to show that no matter what, XY cannot be larger than BC. Join A to X and Y, such that AX and AY meet BC at D and E respectively: 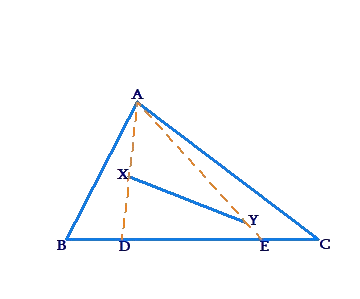 Example 4: In any \(\Delta ABC\), prove that the bisector of the interior angle A and the exterior angles at B and C will be concurrent.

Solution: Consider the following figure, in which the bisectors of the exterior angles at B and C meet at X. We will prove that AX is the bisector of angle A. 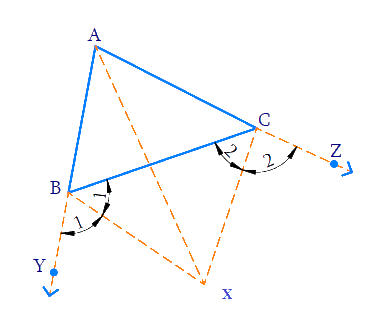