Linear equations arise in a lot of practical situations. For example, consider the two widely used temperature scales: Celsius and Fahrenheit. To convert from the Fahrenheit scale to the Celsius scale, the following relation is used:

The graph is plotted below: 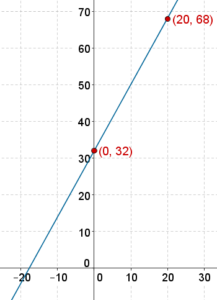 Is there a temperature whose numerical value is the same in both scales? To determine such a temperature, we need to determine a point on the line both of whose coordinates are the same, that is, a point for which 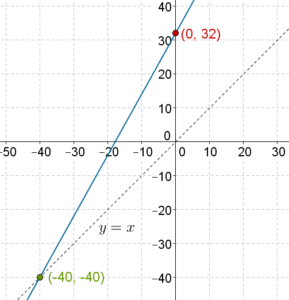 II. Draw graphs for these equations.

III. Under what conditions is a black taxi cheaper than a yellow taxi?

II. The two linear equations are plotted on the same axes below (the scale for the vertical axis is different than the horizontal axis): 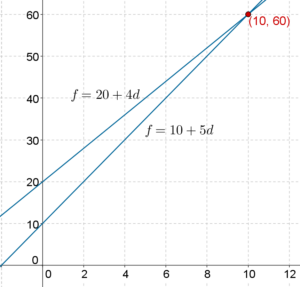