The form z=a+bi is the rectangular form of a complex number. 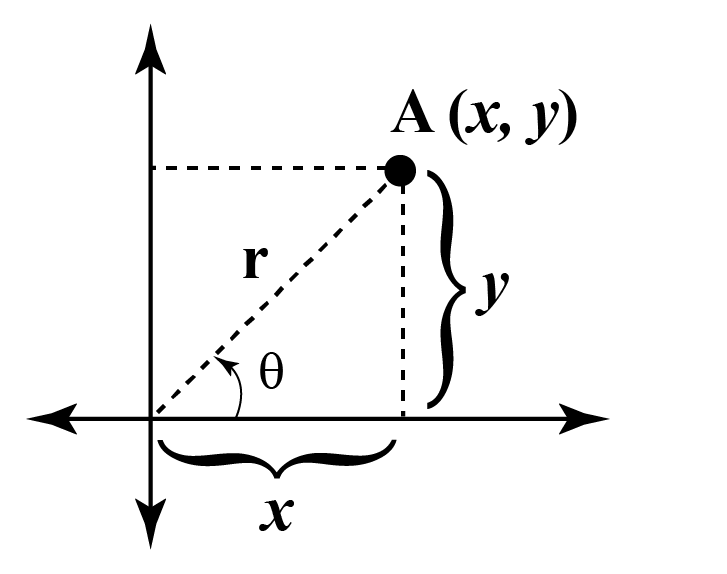 What Do You Mean by Polar Form of Complex Numbers?

In polar form, complex numbers are represented as the combination of r & θ, modulus and argument.

The polar form is represented with the help of polar coordinates of real and imaginary numbers in the coordinate system.

Let's say for a two-dimensional system: 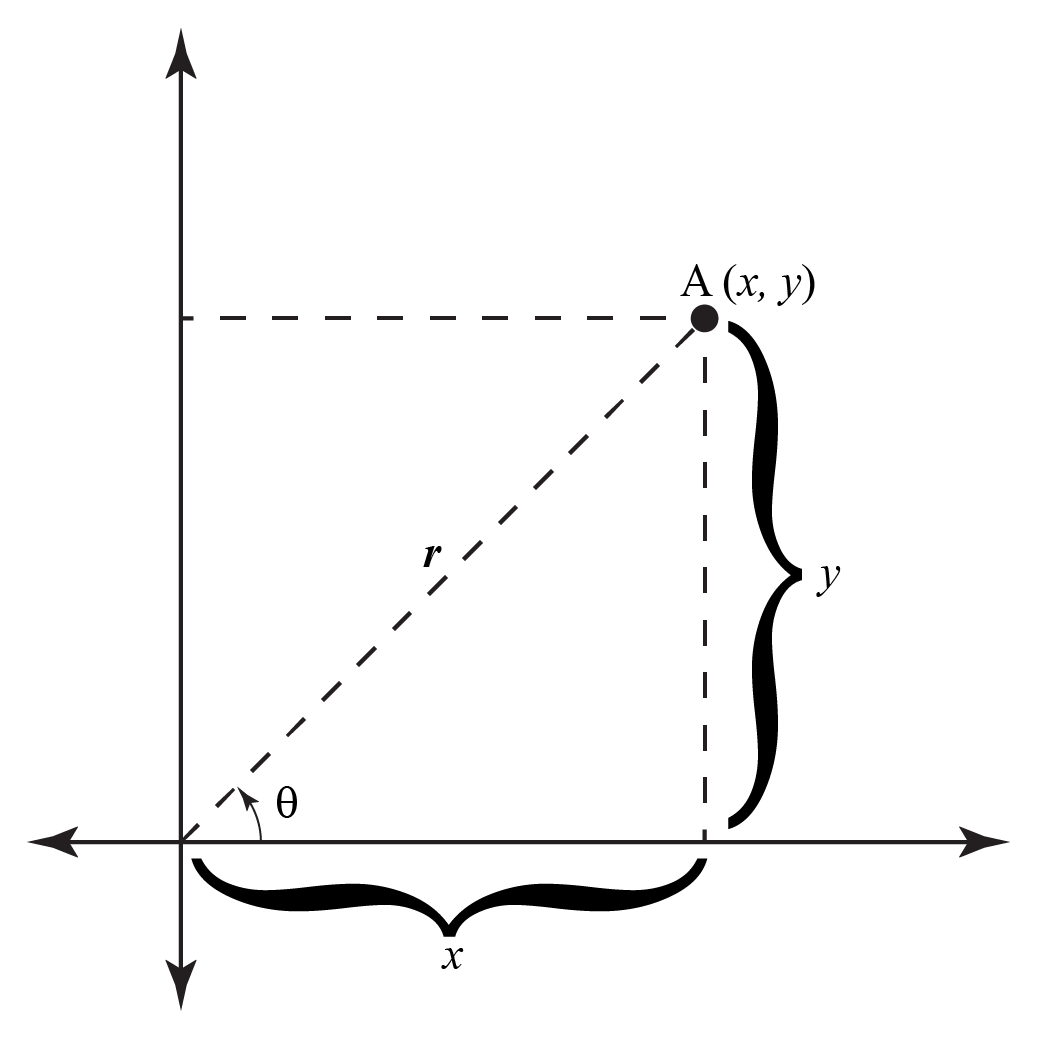 In the case of a complex number

How Do You Represent Complex Numbers in Polar Form?

We write complex numbers in terms of a distance from the origin and a direction (or angle) from the positive horizontal axis.

For a complex number z=a+bi

Polar form is given by:

How to Convert Complex Numbers to Polar Form?

Consider the complex number \(z =  - 2 + 2\sqrt 3 i\), and determine its magnitude and argument. We note that z lies in the second quadrant, as shown below: 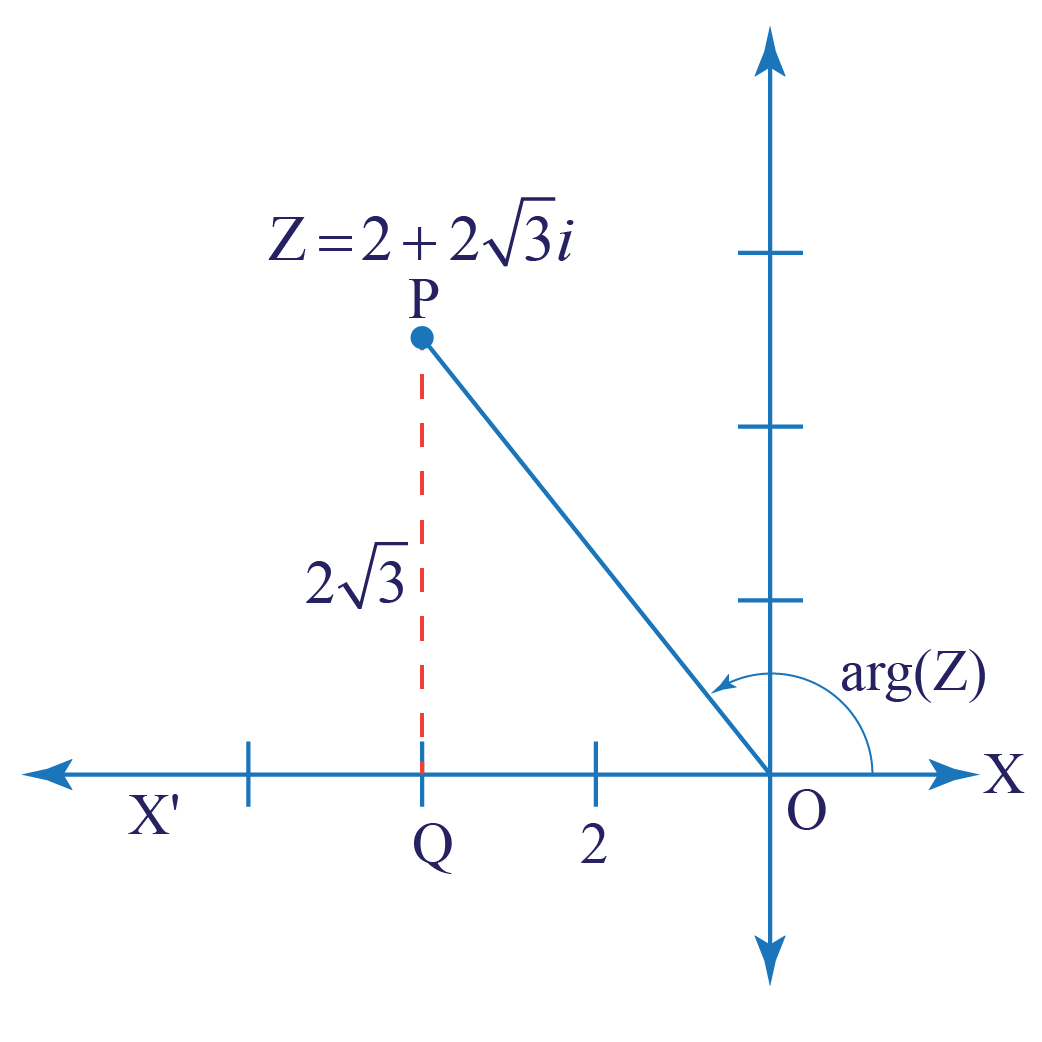 Using Pythagoras Theorem, the distance of z from the origin, or the magnitude of z, is

Now, let us calculate the angle between the line segment joining the origin to z (OP) and the positive real direction (ray OX).

Note that the angle POX' is

Thus, the argument of z (which is the angle POX) is

Find the polar coordinates of point \(B\).

Now, the plot below shows that z lies in the first quadrant: Clearly, the argument of z is given by

Now, we see from the plot below that z lies in the fourth quadrant: The significance of the minus sign is in the direction in which the angle needs to be measured.

1. How do you convert polar form of complex number to rectangular form?

The conversion formulas for polar to rectangular coordinates are given as:

2. What is the argument in polar form of complex number?

The angle formed between the positive x axis and the line joining a point with coordinates(x, y) to the origin is called the argument of the complex number.

3. What is polar and rectangular form?

The polar form of a complex number is z=r(cosθ+isinθ), whereas rectangular form is z=a+bi

4. What is the difference between argument and principal argument?

The argument is generally represented as (2nπ + θ), where n is an integer whereas, the value of principal argument is such that -π < θ < π.

5. Can argument of a complex number be negative?

Yes, the argument of a complex number can be negative, such as for -5+3i.

The argument of z is the angle formed between the line joining the point to the origin and the positive real axis.

Either undefined, or any real number is an argument of 0

8. Does magnitude and modulus mean the same?

The magnitude is also called the modulus.

9. How are magnitude and argument related?

The length of the line segment that is real axis is called the modulus of the complex number |z|.

The angle measured from the positive real axis to the line segment is called the argument of the complex number, arg(z).