The fractions and decimals are just two ways to represent the same numbers.

Let's convert the given fraction to a decimal. We will look into the two methods to write 5/8 as a decimal. 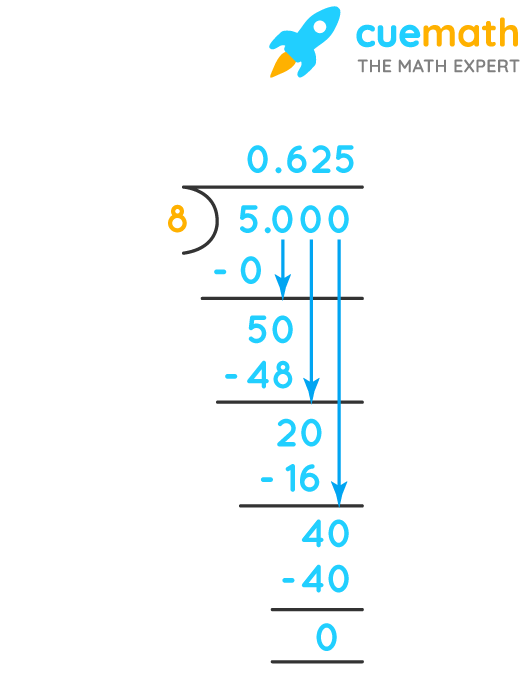 Method 2: Writing 5/8 as a decimal by converting the denominator to powers of 10

Step 2: Multiply both numerator and denominator by that number to convert it into it's an equivalent fraction.

Step 3: Then write down just the numerator, putting the decimal point in the correct place, that is, one space from the right-hand side for every zero in the denominator.

Irrespective of the methods used, the answer to 5/8 as a decimal will always remain the same.

You can also verify your answer using Cuemath's Fraction to Decimal Calculator.