A set is uncountable if it contains so many elements that they cannot be put in one-to-one correspondence with the set of natural numbers. In other words, there is no way that one can count off all elements in the set in such a way that, even though the counting will take forever, you will get to any particular element in a finite amount of time.

Uncountable is in contrast to countably infinite or countable.

No matter what kind of list you create, there will always be a number that is not in the list. This is found by using Cantor's diagonal argument, where you create a new number by taking the diagonal components of the list and adding 1 to each. So, you take the first place after the decimal in the first number and add one to it. You get \(1 + 1 = 2.\) Then you take the second place after the decimal in the second number and add 1 to it \((4 + 1 = 5).\) And so on to get your new number:

As we have already seen for countable sets, the concept of countability and cardinality will be explained through examples:

Properties of the Number Sets 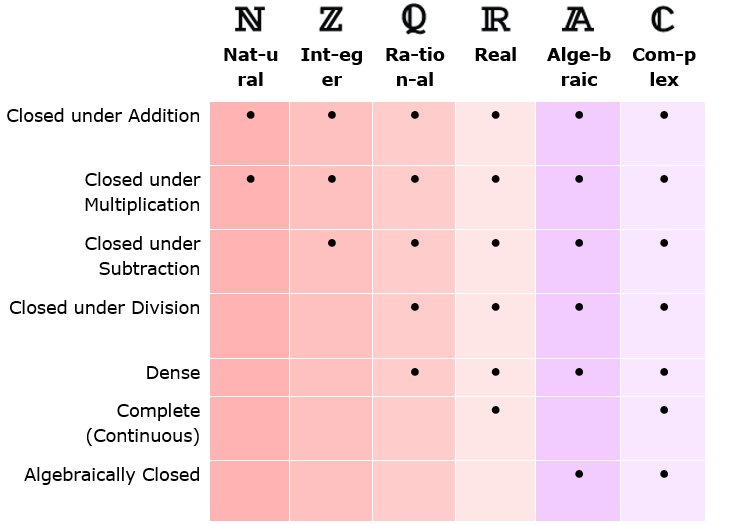 What is a countable set?

A countable set is a set of numbers that can have a one to one mapping with the set of natural numbers i.e. are either finite or countably infinite.

What is an uncountable set?

An uncountable set is a set of numbers that don’t have a one to one mapping with the set of natural numbers i.e. they consists of infinite numbers.

What are a few known examples of a countable set?

Examples of countable set include:

What are a few known examples of an uncountable set?

Examples of uncountable set include: