Let us learn more about GP sum formulas (for both finite and infinite series) along with examples.

What is GP Sum?

Multiply both sides by r:

Note that, here, r ≠ 1. This formula can also be written as: 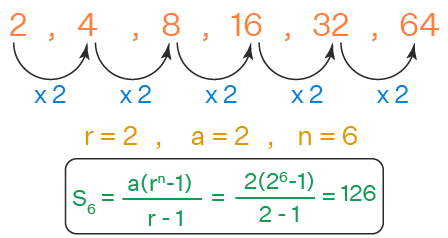 We have got the same answer using the GP sum formula also.

Multiplying both sides by r,

This is the formula for the sum of infinite gp. Note that for any infinite geometric series,

Example: A square is drawn by joining the midpoints of the sides of the original square. A third square is drawn inside the second square in the same way and this process is continued indefinitely. If a side of the first square is "s" units, determine the sum of areas of all the squares so formed? 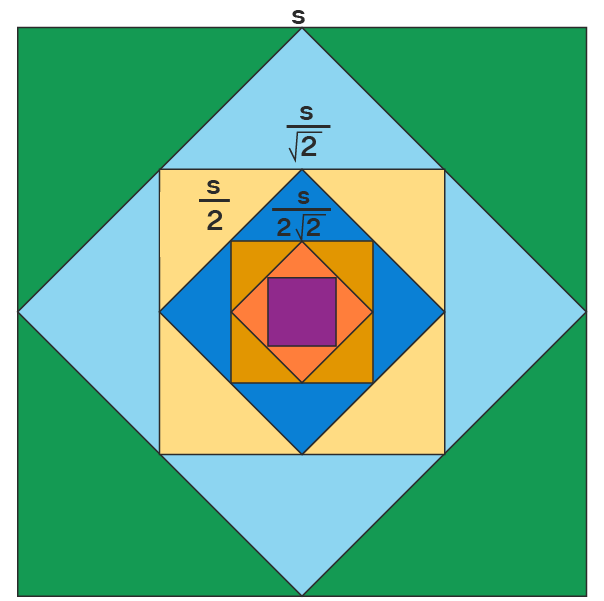 Let us summarize all formulas used for finding the sum of a GP.

These GP sum formulas are summarized in the flowchart below. 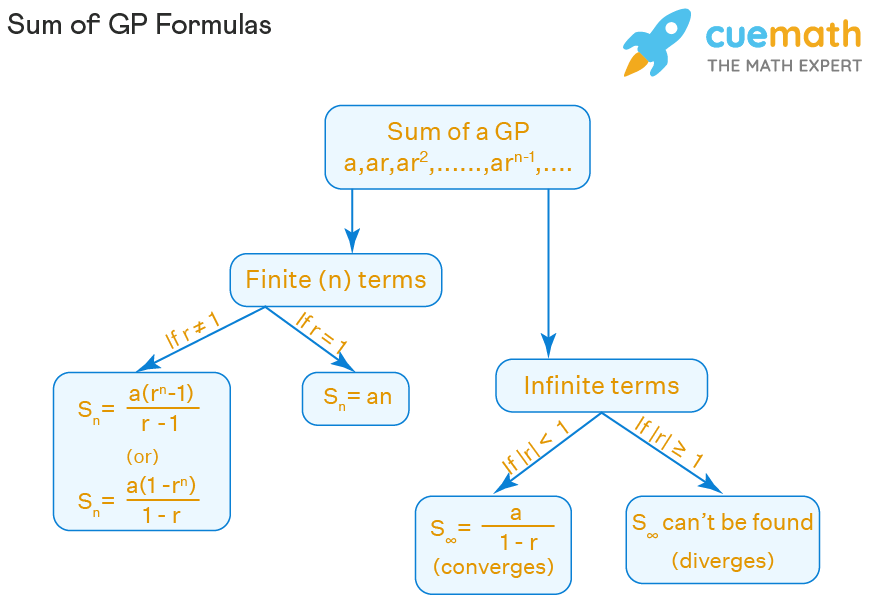 What is the Formula of Finding GP Sum for Finite Terms?

When Does the Sum of an Infinite GP Diverge?

The sum of an infinite GP diverges when the absolute value of the common ratio of GP is either equal to 1 or greater than 1. i.e., when |r| ≥ 1.

How to Find the Sum of n Terms in GP?

The sum of n terms in GP with 'a' to be its first term and 'r' to be its common ratio can be found using one of the formulas:

What is the Sum of Geometric Progression Formula for Infinite Terms?

When Does the Sum of an Infinite GP Converge?

The sum of an infinite GP converges when the absolute value of the common ratio of GP is less than 1. i.e., when |r| < 1.