Suppose that you drawn a tangent to a circle such that the point of contact is P, and through P, you draw a chord PQ, which is inclined to the tangent at an angle \(\alpha \). Also, suppose that PQ subtends an angle \(\beta \) at a point R anywhere on the circumference of the circle, as shown: 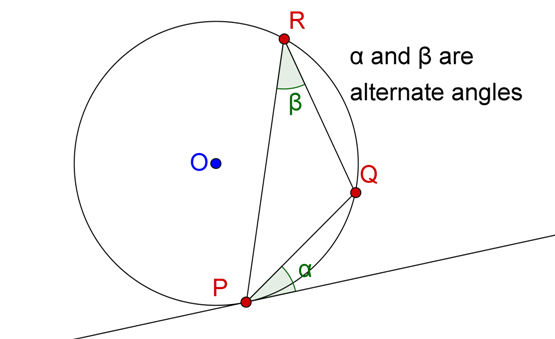 The following theorem is a very important result on alternate angles.

Theorem: For any circle, the angle between a tangent and a chord through the point of contact of the tangent is equal to the alternate segment.

Try to prove this on your own before proceeding further.

Proof: The proof is straightforward. Consider the following figure: 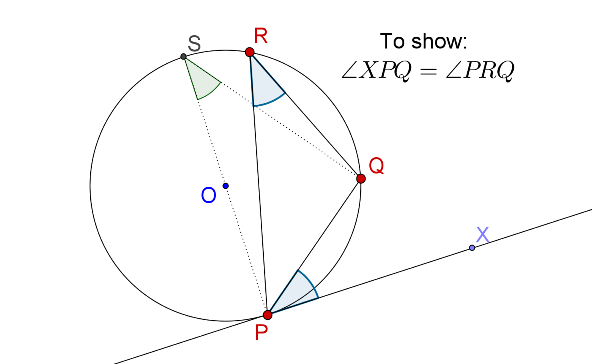 As an exercise, construct a circle, a tangent L to the circle at a point P on the circle, and a chord PQ through P. Confirm (by actually measuring angles) that the angle between L and PQ is the same as the angle which PQ subtends at a point anywhere in the alternate segment.