No matter what value we substitute for x, the value of y will always come out to be 0. Thus, all solutions of this two-variable linear equation are of the form \(\left( {k,2} \right)\), where k is some real number.

What will the graph of this linear equation look like? Well, we plot all points in the plane for which the y-coordinate is 2: 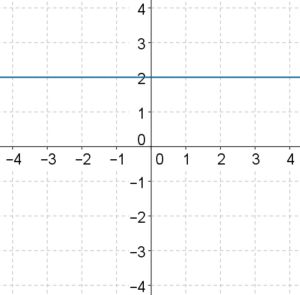 Now, consider the equation \(x = 3\). This can also be written as a two-variable linear equation, as follows:

Clearly, no matter what value we substitute for y, the value of x will always come out to be 3. Thus, the solutions of this equation are all of the form \(\left( {3,k} \right)\), where k is some real number. The graph of this equation will consist of all points whose x-coordinate is 3, that is, a line parallel to the ­y-axis, and passing through \(\left( {3,0} \right)\): 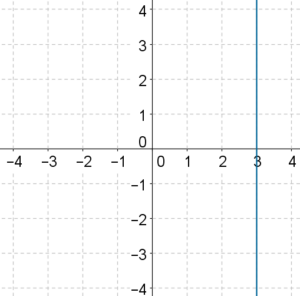 Solution: I. When considered as a linear equation in one variable, this equation simply gives us one (unique) solution for x, which is \(x =  - 2\). We can represent the solution on a (one-dimensional) number line as a single point:

II. However, when considered as a linear equation in two-variables, this represents a line parallel to the y-axis, as shown below: 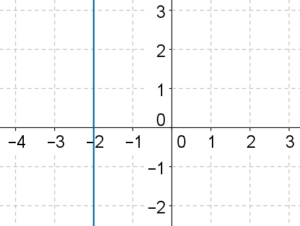 Example 2: The following figure shows four lines, each of which is parallel to one of the two axes. 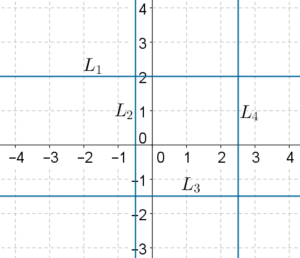 Determine the equation of each line.