Functions are the fundamental part of the calculus in mathematics. The functions are the special types of relations. A function in math is visualized as a rule, which gives a unique output for every input x. Mapping or transformation is used to denote a function in math. These functions are usually denoted by letters such as f, g, and h. The domain is defined as the set of all the values that the function can input while it can be defined. The range is all the values that come out as the output of the function involved. Co-domain is the set of values that have the potential of coming out as outputs of a function. Let us explore the world of functions in math.

Representation of Functions in Math

The rule which specifies a function can come in many different forms based on how it is defined. They can be defined as piecewise-defined-functions or as formulas. When we define f(x) = √x, for x ≥ 0, then the inputs are the numbers that we provide and the 'taking square root' function accepts all non-negative real numbers and gets the output as f(x). Most often it is a formula, as in

where the domain of g = all real numbers

A function in math can be represented as: 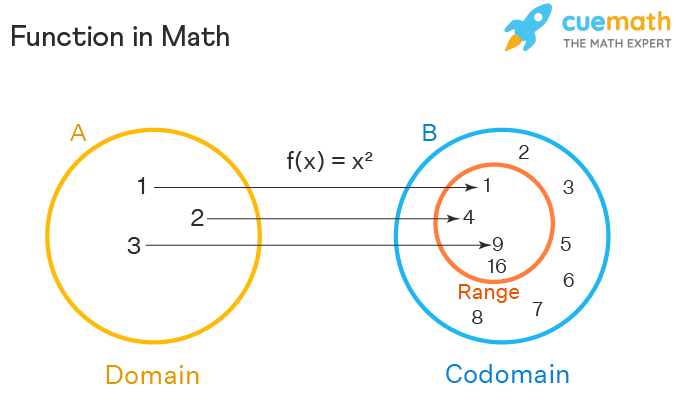 Identification of a Function in Math

In the example below, only 1 – 1 and many to one are examples of a function because no two ordered pairs have the same first component and all elements of the first set are linked in them. So we say that in a function one input can result in only one output. If we are given any x then there is one and only one y that can be paired with that x. A function cannot be associated with two outputs. A curve drawn in a graph is represented as a function, then every vertical line intersects the curve in at most one point. This vertical line test helps us in determining whether the curve is a function or not. 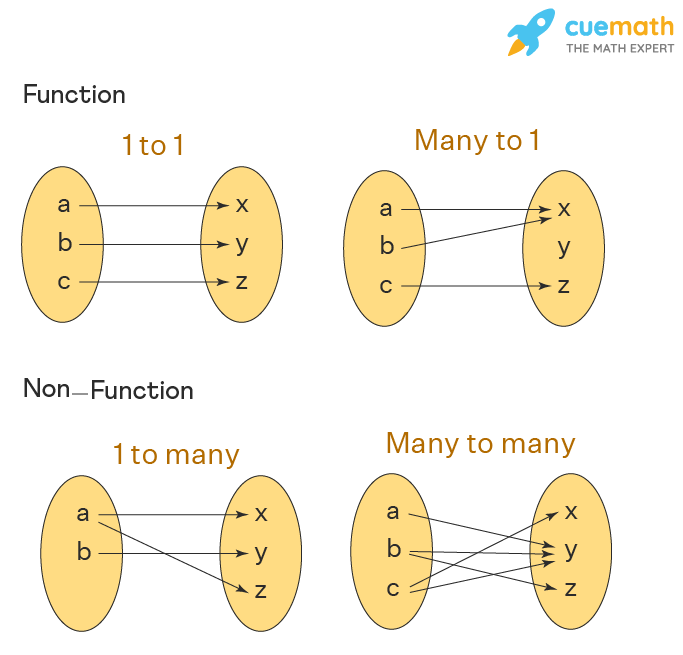 Functions in math have paramount importance and let us study different types of functions. We have four functions based on the mapping of elements from set A to set B.

Thus we can conclude that the composition of functions is not commutative. f \(\circ\) g ≠ g \(\circ\) f

The algebra of functions deals with the operations of functions. For the functions f(x) and g(x), where f: X → R and g: X → R, where x ϵ X, we have: 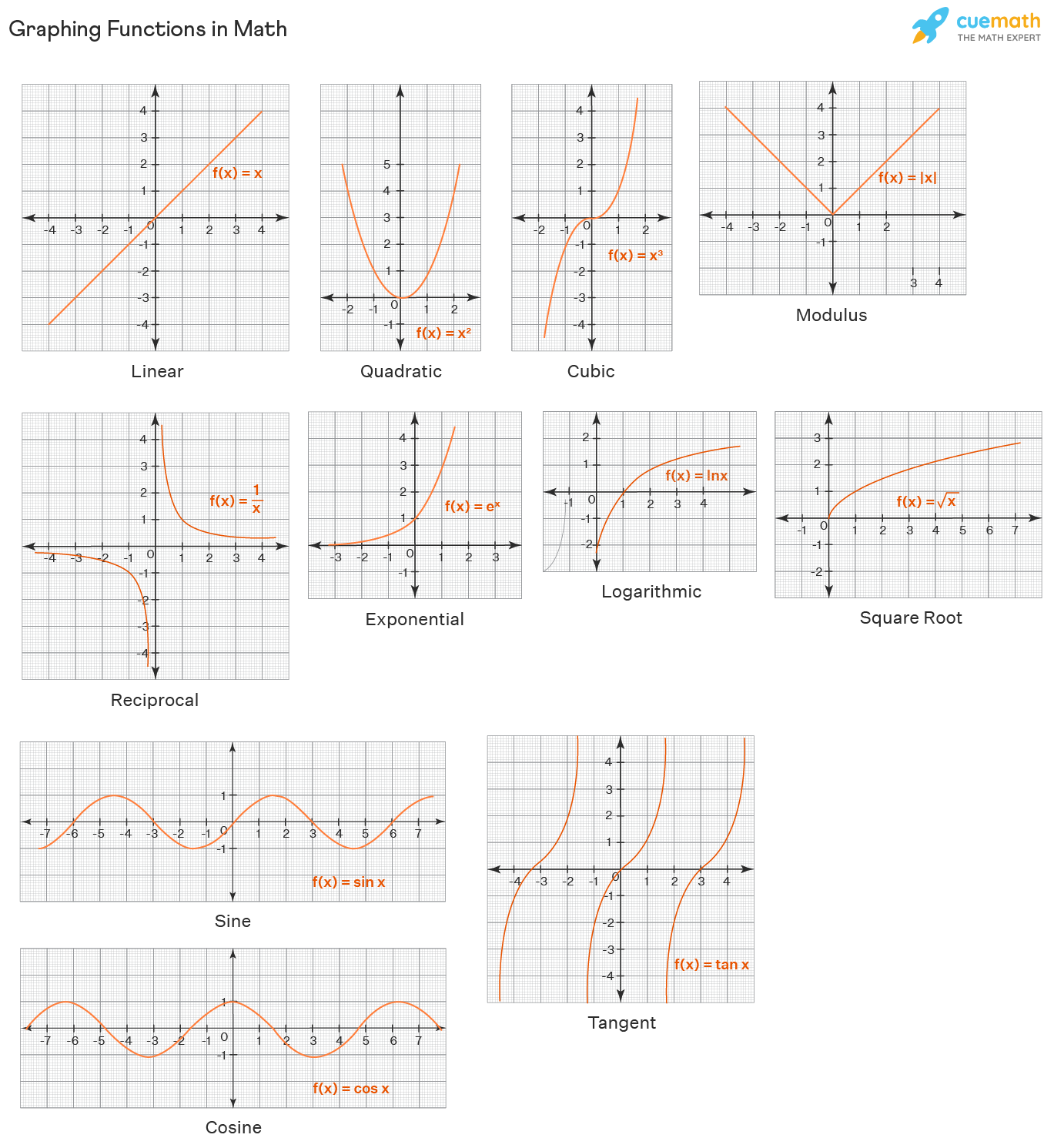 Let us have a look at solved examples to know what are functions in math.

FAQs on Functions in Math

What is a Function in Math?

What are Parts of a Function?

How Do You Write a Function in Math?

A function is a process or a relation that associates each element 'a' of a set A , to a single element 'b' of another set B. The function is represented as f: A → B. "f(x) = x2" is the general manner to represent a function. For every x as the input value, the function of squaring is done and the output gets generated.

What is The Basic Concept of Function in Math?

A relation is said to be a function if every element of set A has one and only one image in set B. The function must work for all the possible input values and with each input value, it must have one relationship only. A function is a relation from a non-empty set B such that the domain of a function is A and no two distinct ordered pairs in f have the same first element.

How to do Transformations of Functions?

How to Solve Cubic Functions Using the Factor Theorem?

What is a Rational Function?

How to Find the Domain of a Rational Function?

How do You Prove That a Function is Onto?

A function is onto function if and only if the range is equal to the co-domain.

What is the General Form of a Quadratic Function?

The general form of a quadratic function is f(x)=ax2+bx+c, where a ≠ 0.

What Are Some Examples of Functions in Math?