Graphing functions is the process of drawing the graph (curve) of the corresponding function. Graphing basic functions like linear, quadratic, cubic, etc is pretty simple, graphing functions that are complex like rational, logarithmic, etc, needs some skill and some mathematical concepts to understand.

Let us see the process of graphing functions along with examples.

What is Meant By Graphing Functions? 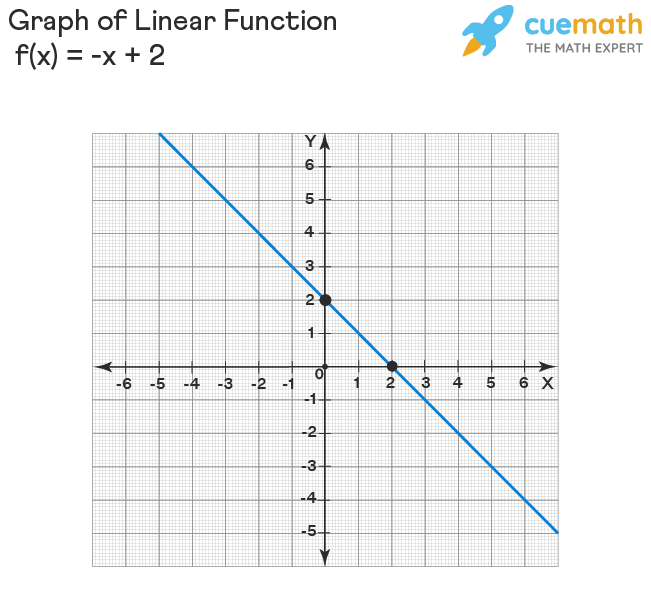 In the same way, you can try taking different points and checking whether they satisfy the function. Each and every point on the line (in general called "curve") satisfies the function. Drawing such curves representing the functions is known as graphing functions.

Here are some examples.

Let us graph the same linear function as mentioned in the previous section (f(x) = -x + 2). For this, we create a table of values by taking some random numbers for x say x = 0 and x = 1. Then substitute each of these in y = -x + 2 to compute y-values.

Thus, two points on the line are (0, 2) and (1, 1). If we plot them on a graph and join them by a straight line (extending the line on both sides), we get its graph as shown in the previous section.

For graphing quadratic function also, we can find some random points on it. But this may not give a perfect U-shaped curve. This is because, to get a perfect U-shaped curve, we need where the curve is turning. i.e., we have to find its vertex. After finding the vertex, we can find two or three random points on each side of the vertex and they would help in graphing the function.

We will take two random numbers on each side of 1 (which is the x-coordinate of the vertex) and frame a table. Then we can calculate the y-coordinates using the function. 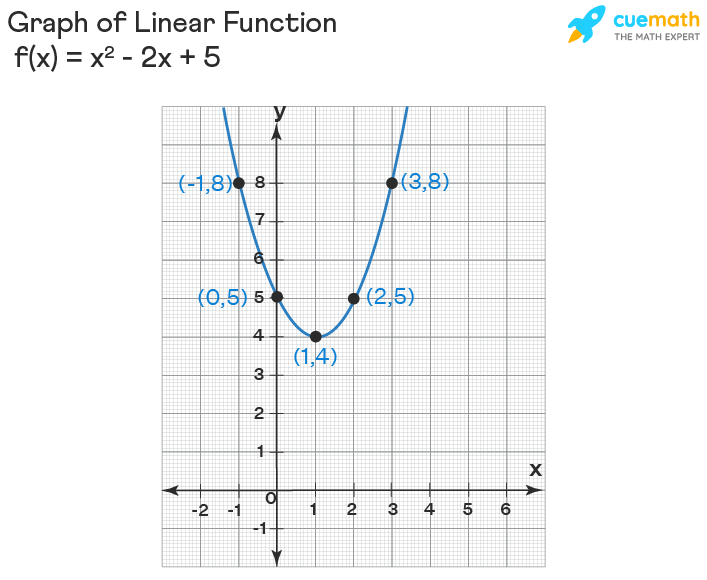 Graphing functions is comparably simple if each of their domain and range is the set of all real numbers. But it is NOT the case with all types of functions. There are some complex functions for which domain, range, asymptotes, and holes have to be taken care of while graphing them. The most popular such functions are:

Just have an idea of what the graphs of parent functions of each of these functions look like. 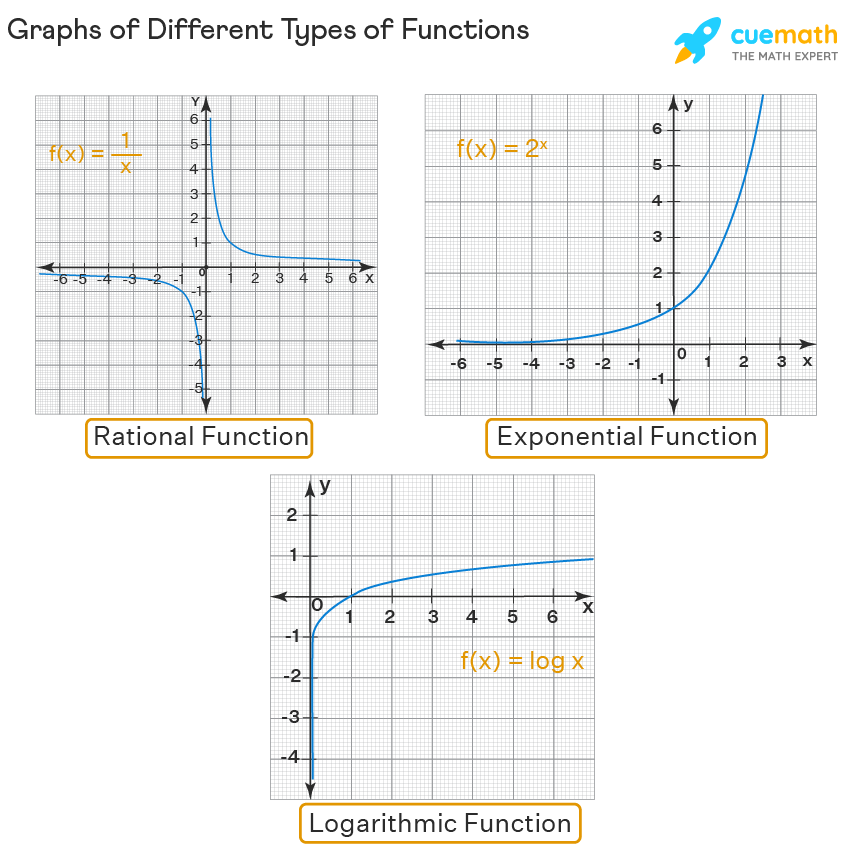 In each of these cases, for graphing functions, we follow the following steps:

Let us see how to graph a function in different cases using the above steps.

Consider an exponential function f(x) = 2-x + 2. We will graph it using the same steps as mentioned above.

We will graph a logarithmic function, say f(x) = 2 log2 x - 2. We will graph it now by following the steps as explained earlier.

We need to have an idea about how the graph of each of these parent functions looks like (by clicking on the respective links). Then we can apply the following transformations to graph the given function.

To understand how to graph the functions by using transformations in detail, click here.

How to Graph Functions?

For graphing functions, we need to plot its asymptotes, its x and y-intercepts, holes, and a few points on it by constructing a table of values. Then just join the point by not touching the asymptotes and keeping a note of the domain and range of the function.

What are the Steps in Graphing a Linear Function?

The steps to graph a linear function are given as follows:

Any two points on a line determine the line. So to graph a linear function, we just need two points on it. To graph it, just construct a table of values with two columns x and y, take some random numbers for x, and calculate the corresponding values of y by substituting each of them in the function. Then just plot the points on a graph, join them by a line, and extend the line on both sides infinitely.

How Do You Graph a Piecewise Function?

Here are a few tricks to identify the functions from graphs:

How Do You Know If the Graph is a Function?

A function always passes the vertical line test. To use this test, just take a vertical line (or just a vertical stick) and make it pass through the graph from left to right horizontally. At no point in time, the line shouldn't intersect the graph at more than one point for the graph to represent a function.

How do you Use a Graph to Solve an Equation?

How do you Sketch a Graph of an Equation?

To sketch a graph of an equation of a function, do the following: