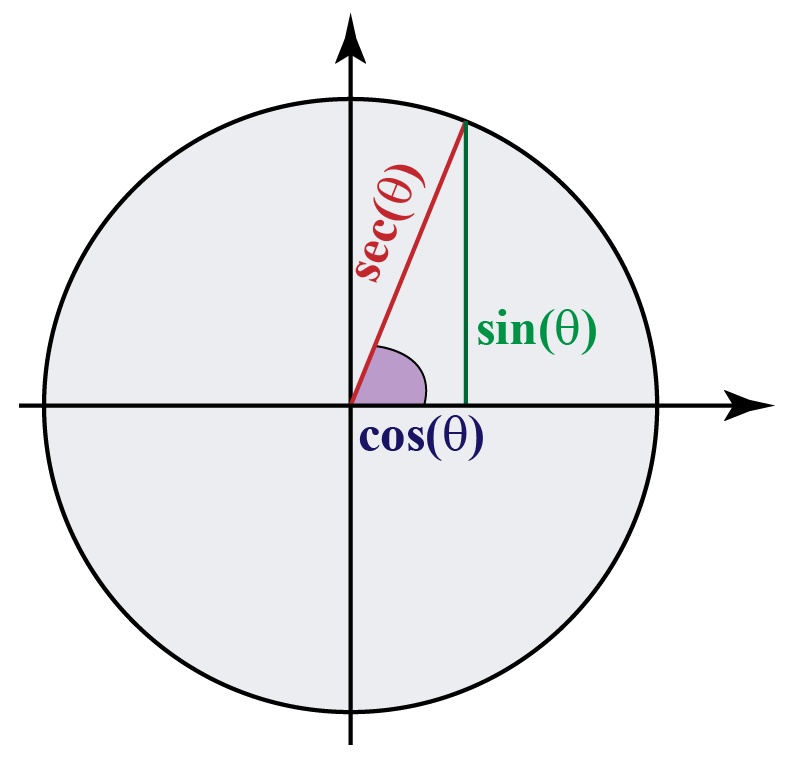 In this mini-lesson, we will explore the world of the secant function. The journey will take us through secant function, unit circle, and angles, how to use them, and their various applications.

You can check out the interactive calculator to know more about the lesson and try your hand at solving a few interesting practice questions at the end of the page.

What Do You Mean By Secant Function?

The secant function is a periodic function in trigonometry.

Let us try to understand the concept of secant function by analyzing the four quadrants of the coordinate axis system. 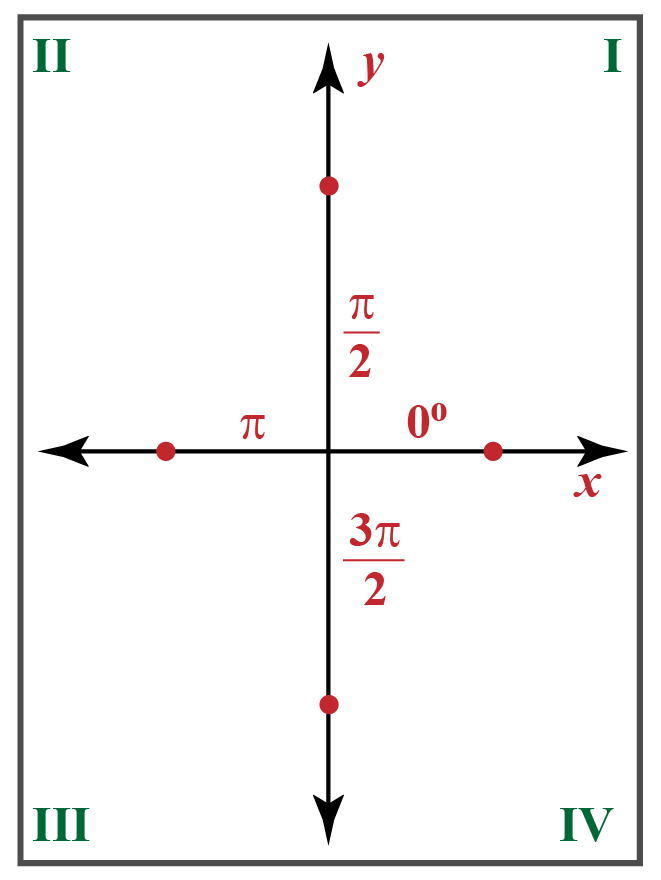 Now, consider a unit circle centered at the origin of the coordinate plane. 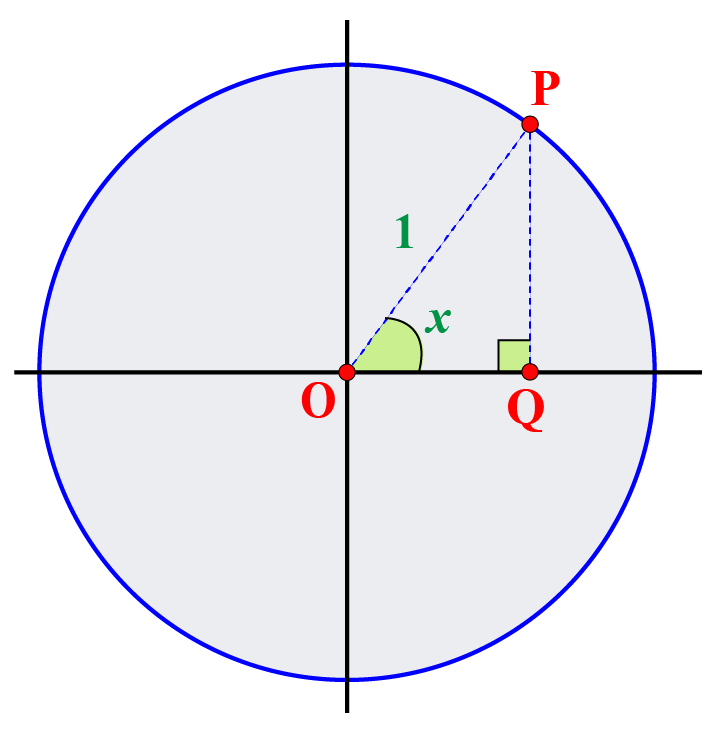 \(PQ\) is the perpendicular dropped from \(P\) (a point on the circumference) on to the x-axis.

The triangle is thus formed by joining the points O, P, and Q as shown in the figure, where OQ is the base, and PQ is the height of the triangle.

Hence, the sec function for the above case can be mathematically written as:

Here, x is the acute angle formed between the hypotenuse and the base of a right-angled triangle.

How to Plot a Graph for Secant Function?

The following figure shows a unit circle with center \(O\) at the origin, and a point \(P\) moving along the circumference of this circle. 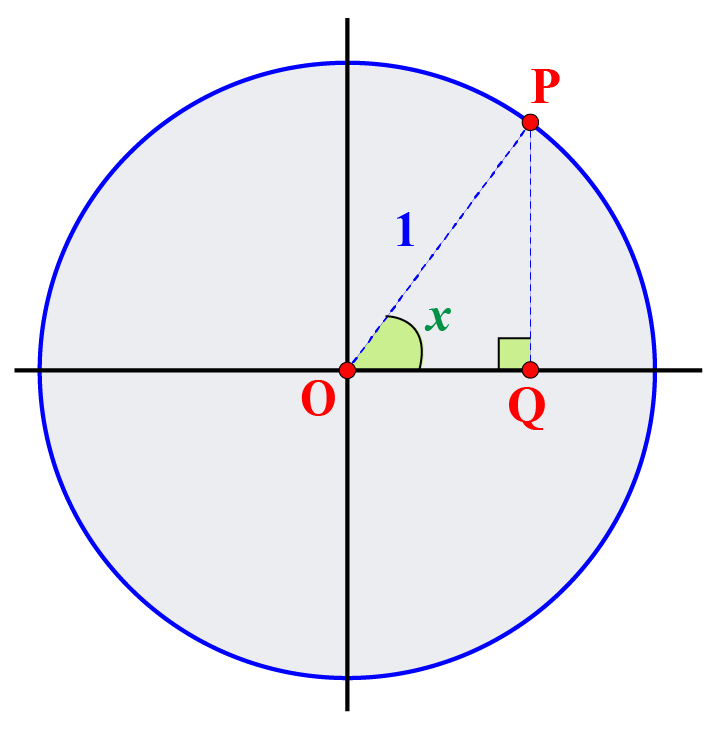 \(PQ\) is the perpendicular dropped from \(P\) to the horizontal axis.

The secant function is the reciprocal of the cosine function.

It is also considered as the secant formula.

Graphing secant becomes very easy since we already know the cosine graph, so we can easily derive the graph for \(\sec x\) by finding the reciprocal of each cosine value.

The table below shows some angles in radians:

First, we plot the graph for the cosine function.

Thus, we obtain the following graph of sec x: 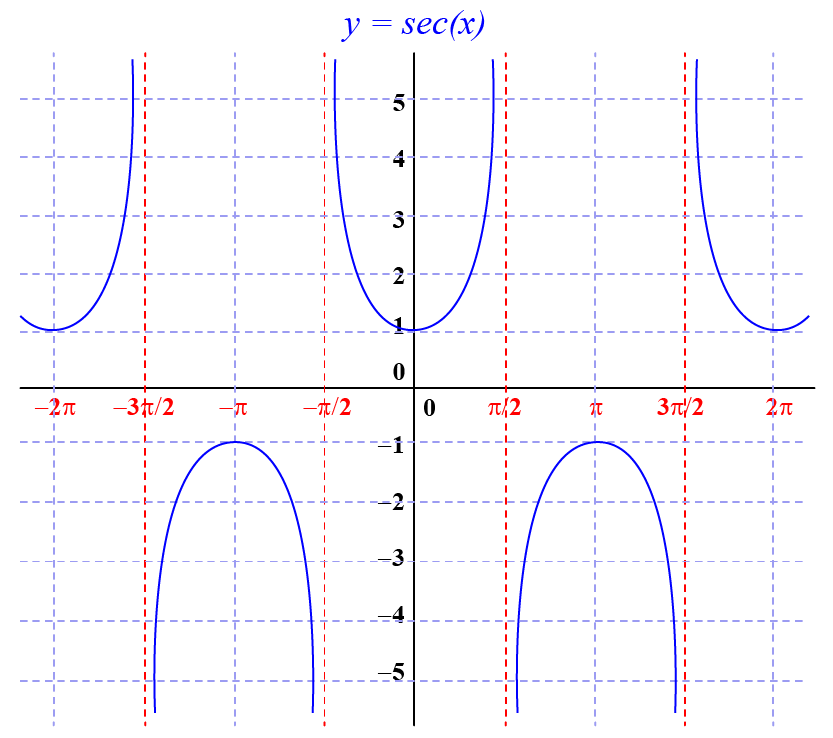 Now, on comparing both the graphs of cosine and secant function, we see that they are reciprocal of each other.

Properties of the secant function depend upon the quadrant in which the angle lies. 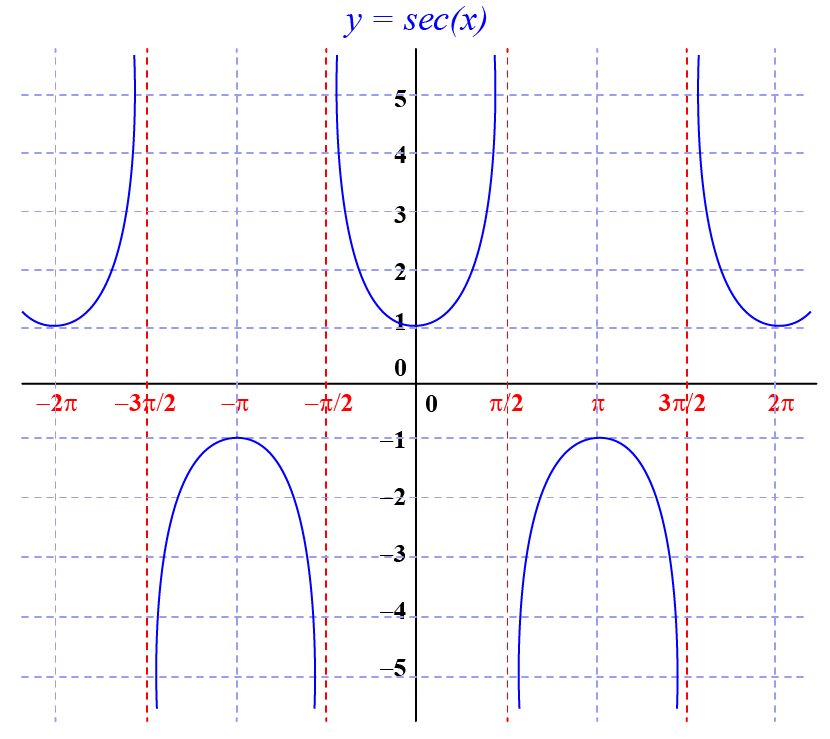 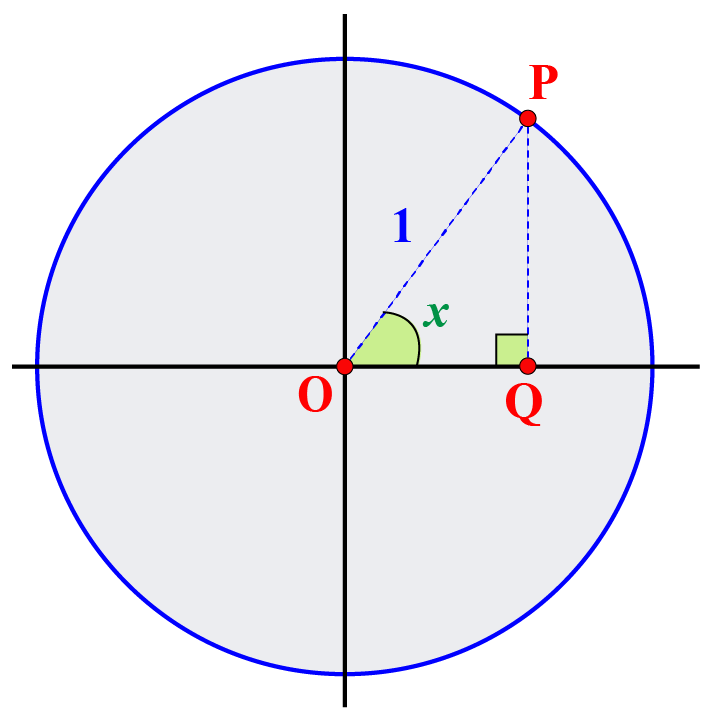 From the above secant graph and circle relation, we can see that value of the secant function is positive in the first and fourth quadrant whereas, in the second and third quadrant, it bears a negative value.

This can also be observed for a few values of the sec function at different quadrants as shown in the table below:

What Do You Interpret From the Graph of Secant Function?

Range and Domain of Secant Function 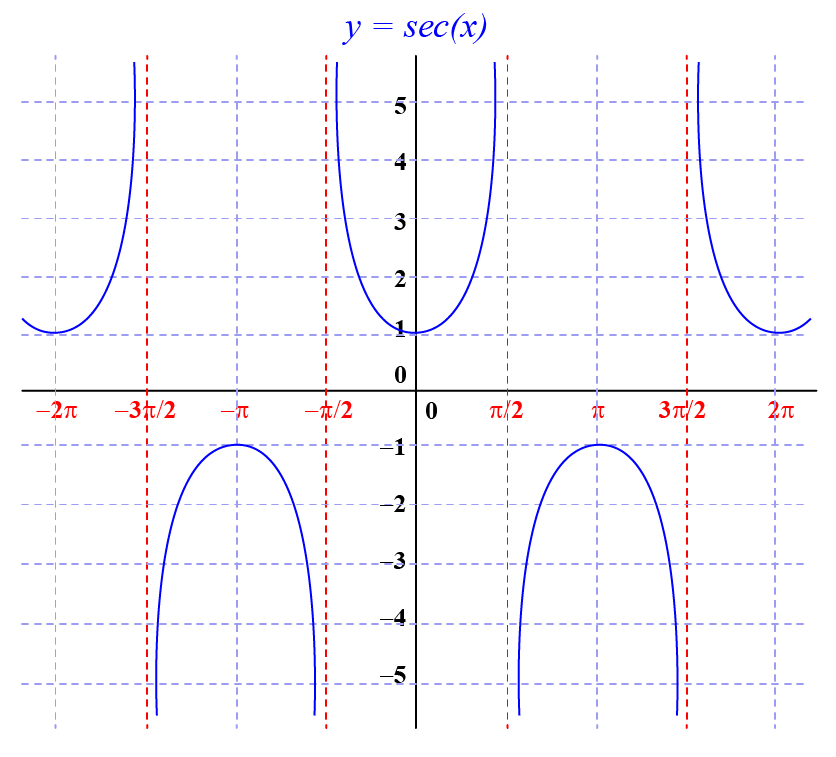 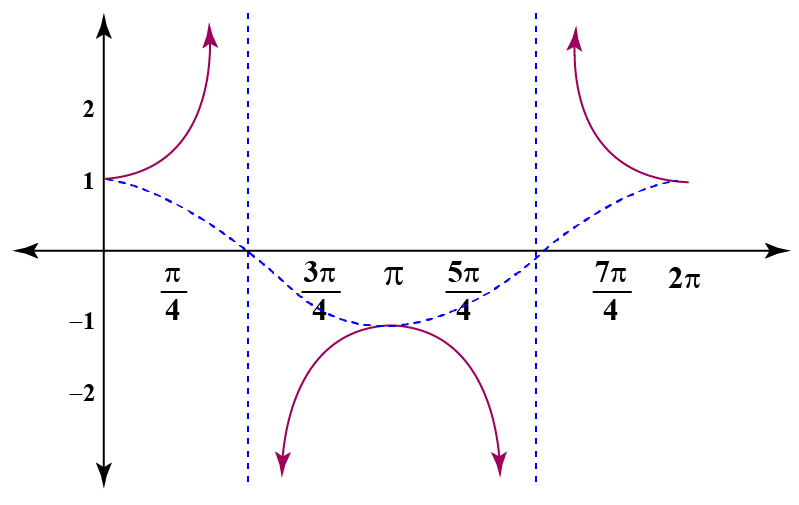 Find the values of: 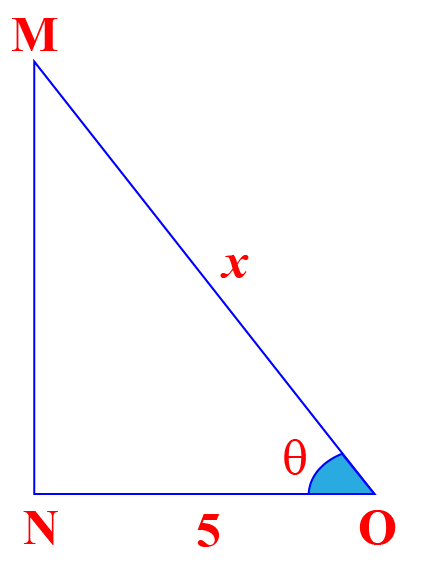 We hope you enjoyed learning about the secant function with the simulations and interactive questions. Now you will be able to easily solve problems on all secant functions.

1. How do you write a secant function?

2. What is the definition of secant?

4. Where is the secant function undefined?

When the value of cosine is 0, the secant is undefined.

5. In what quadrant is secant negative?

Secant function is negative in the second and third quadrant.

6. What is the reciprocal of the secant function.

Secant function is the reciprocal of the cosine function,

7. What is the function of sec?

The sine function is equal to the ratio of the hypotenuse and the base of a right-angled triangle.

8. Which trigonometric functions are even?

Cosine and secant are the trigonometric functions that are even.