Trigonometry deals with the measurement of angles and problems related to angles. The term trigonometry is derived from a Latin word. Trigonometry makes use of the relationship between the angles and sides of a triangle.

Trigonometry deals with the relationship between the sides of a triangle (right-angled triangle) and its angles. The trigonometric value is a collective term for values of different ratios, such as sine, cosine, tangent, secant, cotangent, and cosecant.  All the trigonometric functions are related to the sides of a right-angle triangle and their values are found using the following ratios. 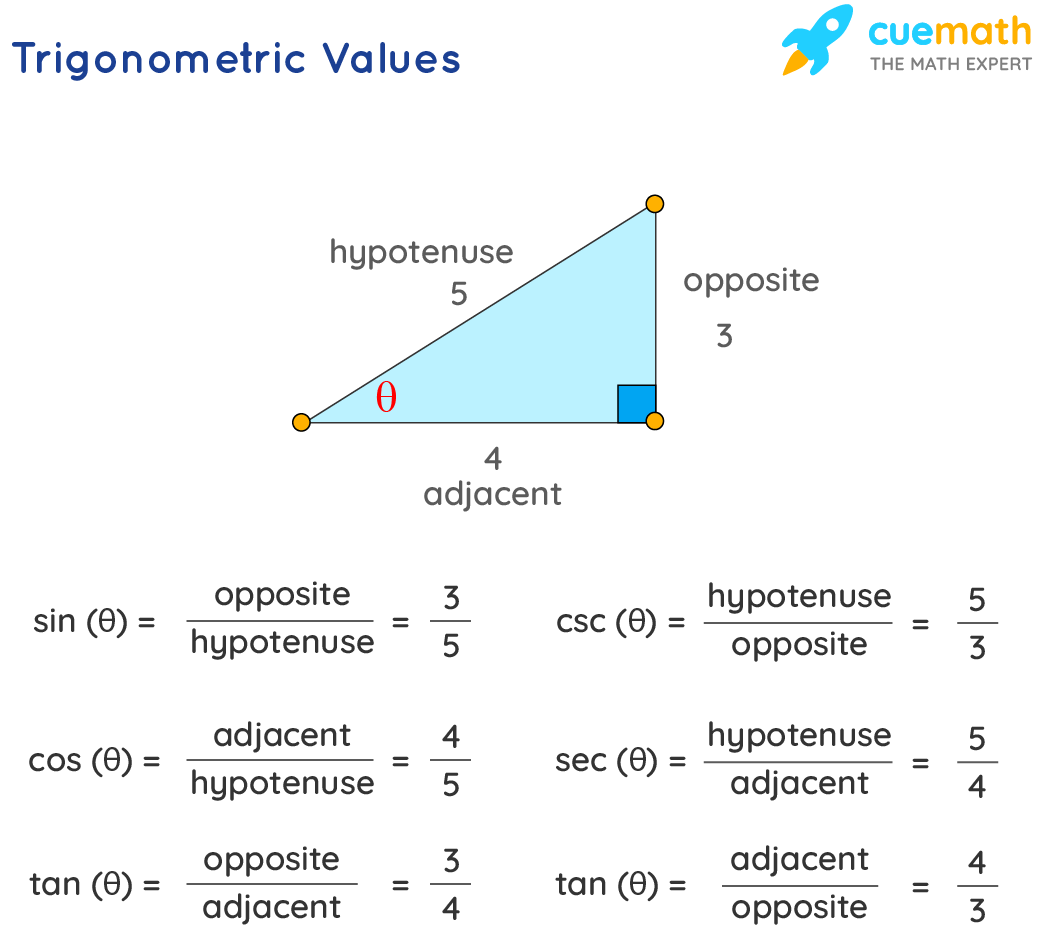 The trigonometry table is simply a collection of values of trigonometric functions of various standard angles including 0°, 30°, 45°, 60°, 90°, along with with other angles like 180°, 270°, and 360° included, in a tabular format. It is easy to predict the values of the table and to use the table as a reference to calculate trigonometric values for various other angles, due to the patterns existing within trigonometric ratios and even between angles, 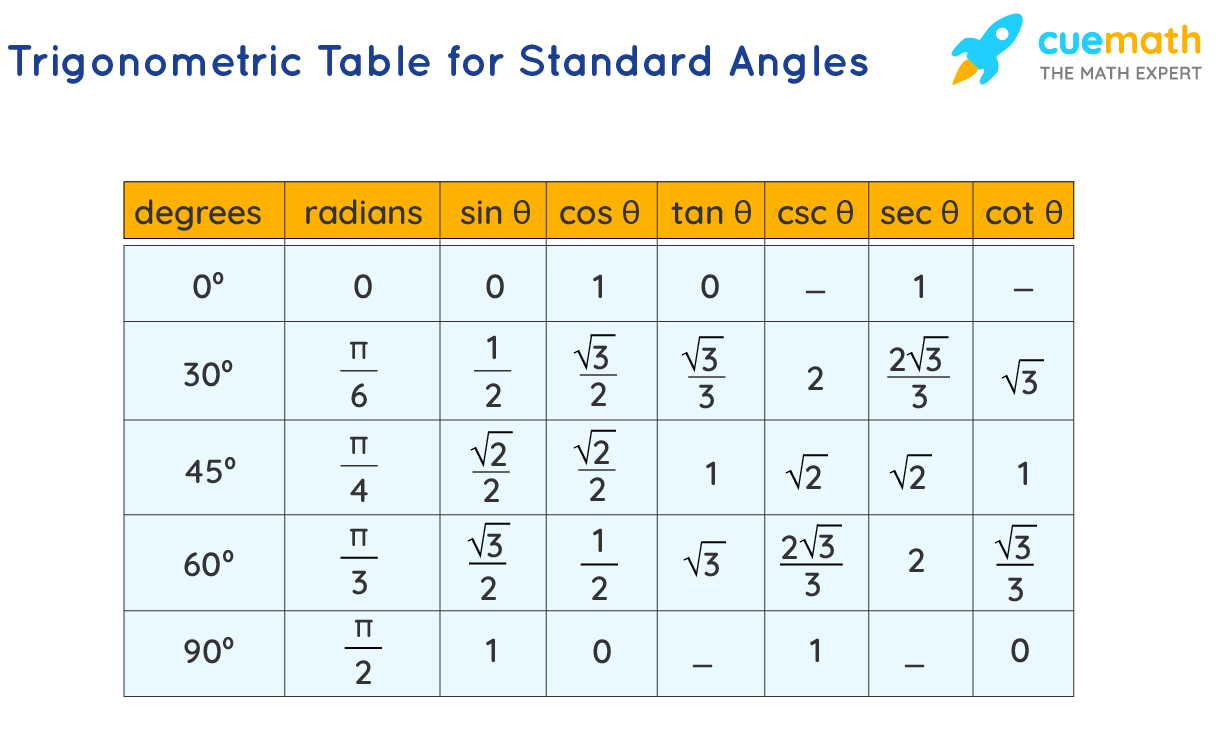 A few key points that can be noted in the trigonometric table are,

The trigonometric table might seem complex at first, but it can be learned easily by only the values of sine for the 8 standard angles. Before generating the table, there are few formulas that must be followed as given below,

Given below are the steps to create and remember a trigonometric table.

The following table covers the value of trigonometric ratios for all basic angles ranging from 0º to 360º. 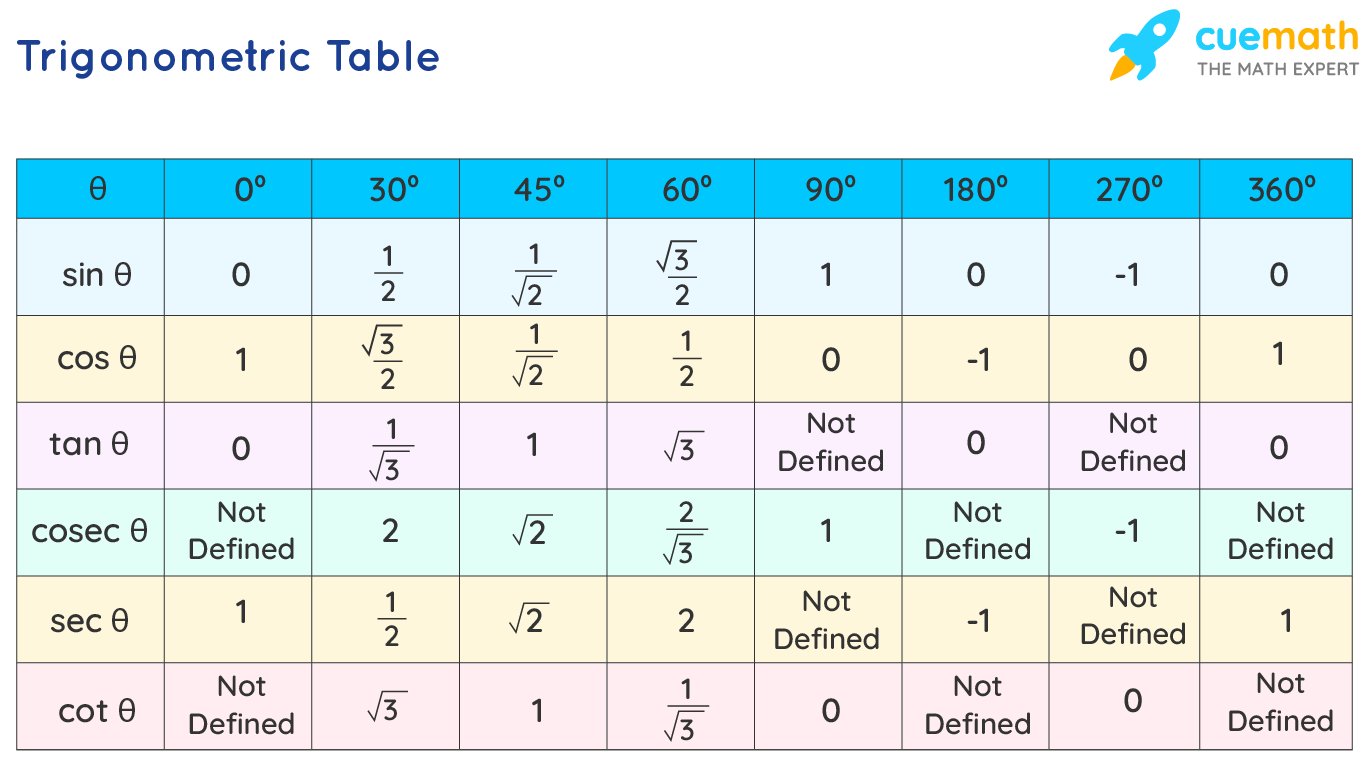 Let us learn the one-hand trick for remembering the trigonometry table easily! Designate each finger the standard angles as shown in the image. For filling the sine table we will include counting of the fingers, while for the cos table we will simply fill the values in reverse order. 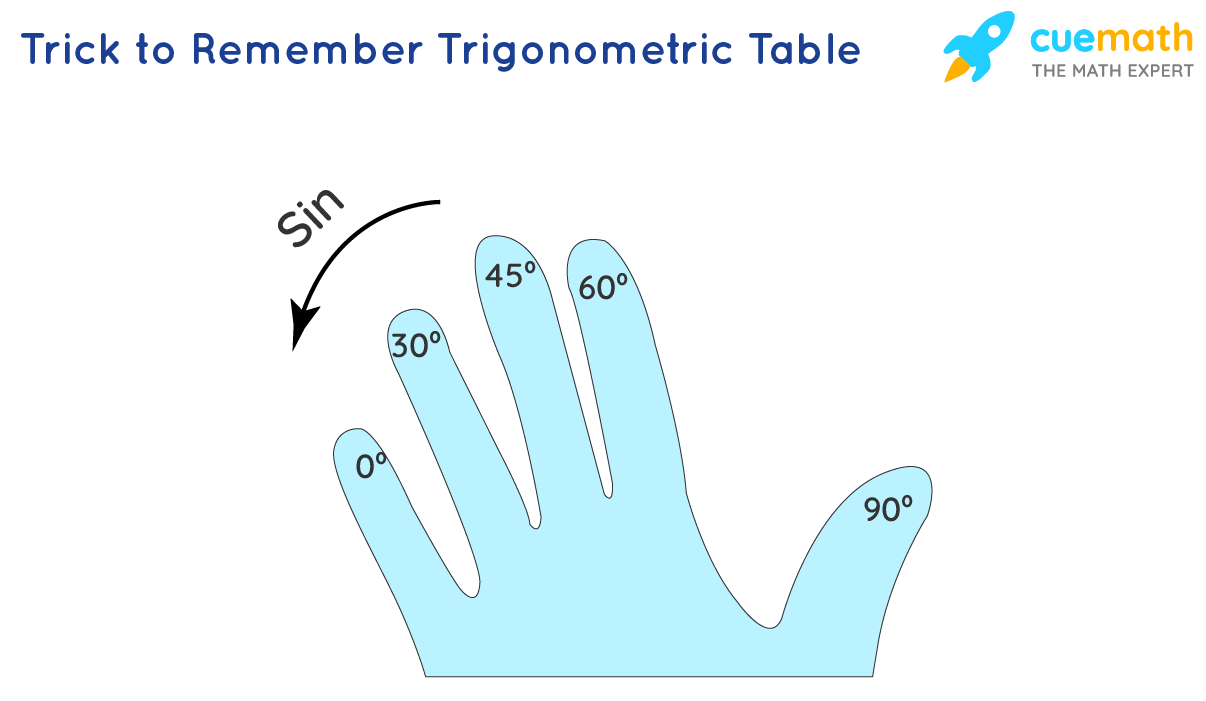 Example 1: For sin 0°, there are no fingers on the left-hand side, therefore we will take 0. Dividing the zero by 4 we get 0. Taking the square root of the ratio we would get the value of sin 0° = 0 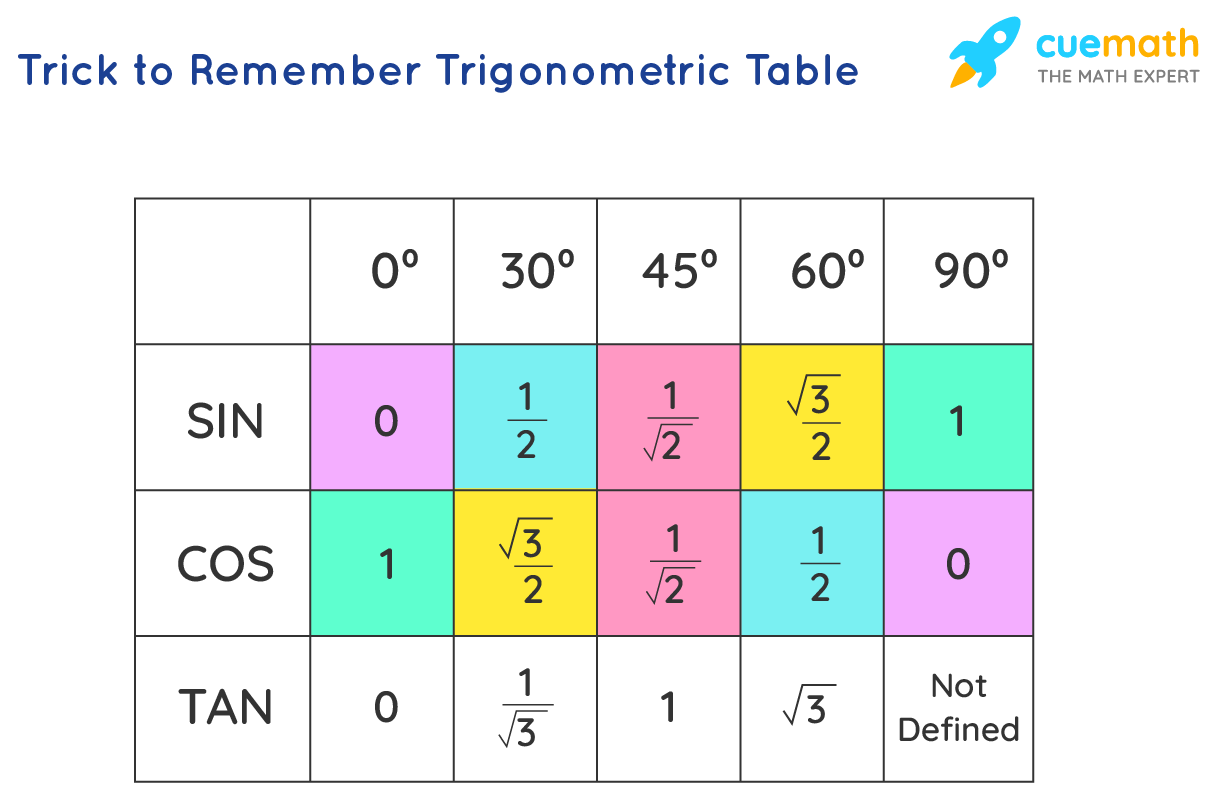 In order to complete the cos table, simply fill in the values of sine in a reverse manner. For tan values, create the ratios by taking numerators of sine and cos values of the corresponding angle as indicated by the arrows in the above picture.

What Is the Trigonometric Table?

Trigonometric ratios table or sin cos table gives the values of trigonometric functions for the standard angles such as 0°, 30°, 45°, 60°, and 90°, in a tabulated manner.

What Are the Standard Angles in a Trigonometric Table?

What Does the Infinity Value of the Trigonometric Ratio Mean?

Undefined values are often given an infinity \((\infty )\) value because the value is such large that there is no definite value to assign them at this point.

Trigonometry is the branch of mathematics that deals with the study of the relationship between the sides of a triangle (Right-angled triangle) and its angles.

What Are Trigonometric Functions and their Types?

How to Find the Value of Trigonometric Functions?

All the trigonometric functions are related to the ratios of sides of the triangle and their values can be easily found by using the following relations:

What Are the Six Basic Trigonometric Functions?