How to Find Median

How to Find Median?

Median Definition: The value of the middle-most observation obtained after arranging the data in ascending order is called the median of the data. Many an instance it is difficult to consider the complete data for representation, and here median is useful. Among the statistical summary metrics, the median is an easy metric to calculate. Median is also called the Place Average, as the data placed in the middle of a sequence is taken as the median. Do you know how to find the median of data? Let's consider an example to figure out how to find the median. 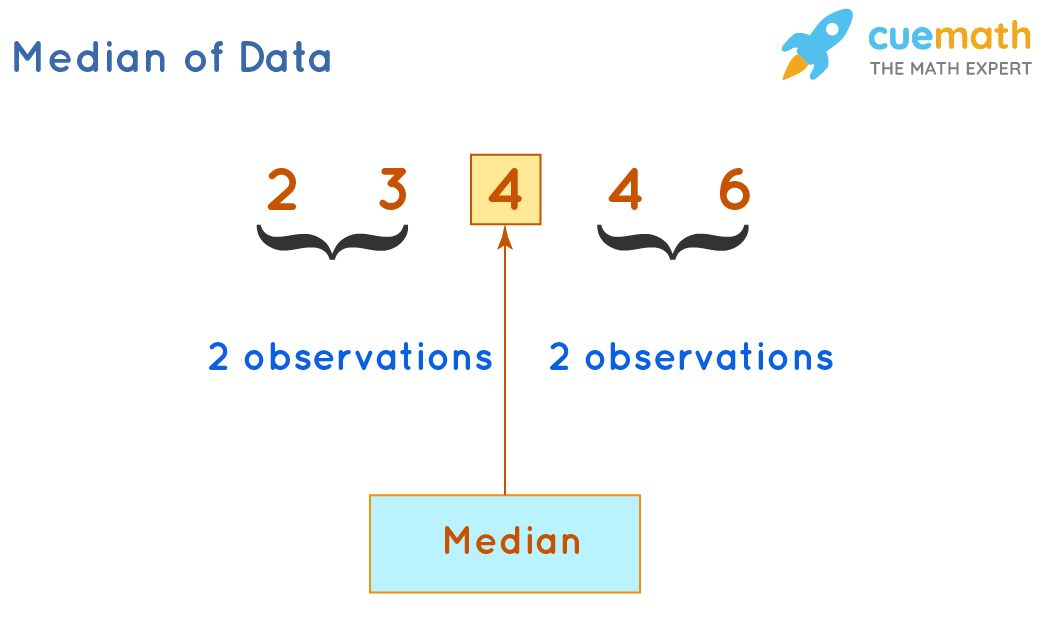 How to Find the Median of Two Numbers?

The formula to find the median depends on the kind of data and the amount of data. The following set of formulae would help in finding the median of the given data.

The following steps are helpful to find the median of ungrouped data.

If n is odd, then use the formula:

And If n is even, then use the formula:

When the data is continuous and in the form of a frequency distribution, the median is calculated through the following sequence of steps.

Now, use the following formula to find the median value.

The above content to find the median has been summarized in the form of the following points.

Now it's time to apply the learned concepts of the median. Here's a question for you!

Solved Examples on How to Find Median

Practice Questions on How to Find Median

FAQs on How to Find Median

What is the Difference Between Mean, Median, Mode, and Range?

How to Find Mean, Mode, and Range?

The mode refers to the most repetitive number in the given dataset. The mean is the average of all numbers: Add all the values and divide the sum by the number of values. The range is the difference between the highest and the lowest values.

How To Calculate Median?

The median of a dataset is calculated by following two simple steps. First, arrange the given data in ascending order. Next, we need to pick the middlemost data.

What is Mean vs Median?

Is the Median Same as the Average?

What are the Application of Median?

Median is an important statistical measure that helps in representing a single value for a large number of data points. As an example, the data of height or the age of the students in a class is represented by a single median value of the data.

How to Arrange Data in Ascending Order?

For arranging the data in ascending order we need to write the data starting with the smallest values and further include the data points with increasing order of their value.

Why Median is Called Positional Average?