A convex shape is a shape where all of its parts "point outwards."

In other words, no part of it points inwards.

For example, a full pizza is a convex shape as its full outline (circumference) points outwards. 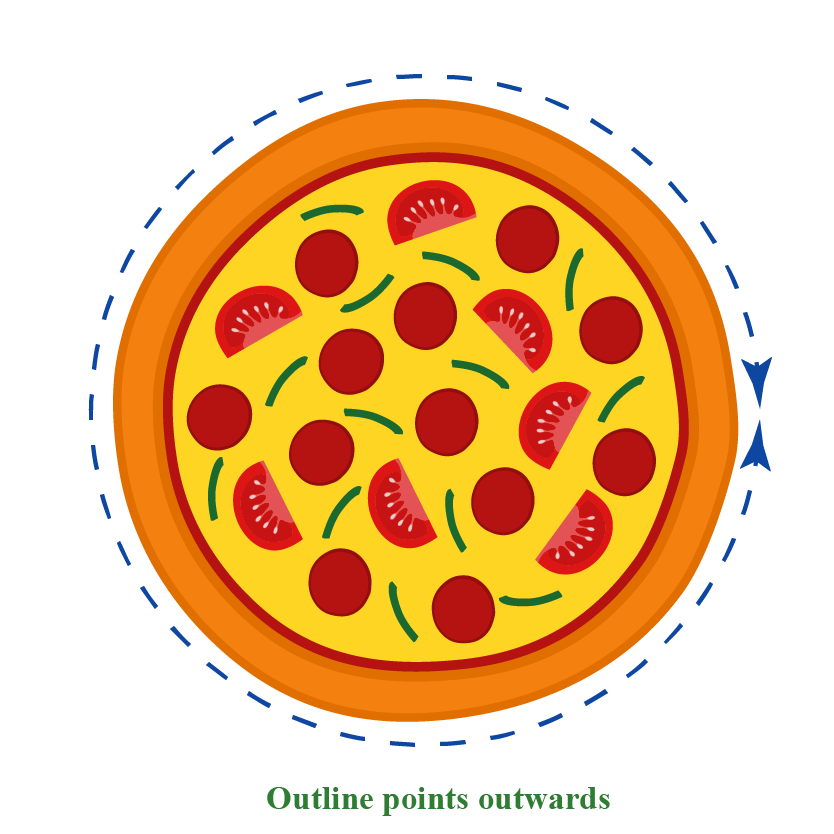 Some other convex shapes are as follows: 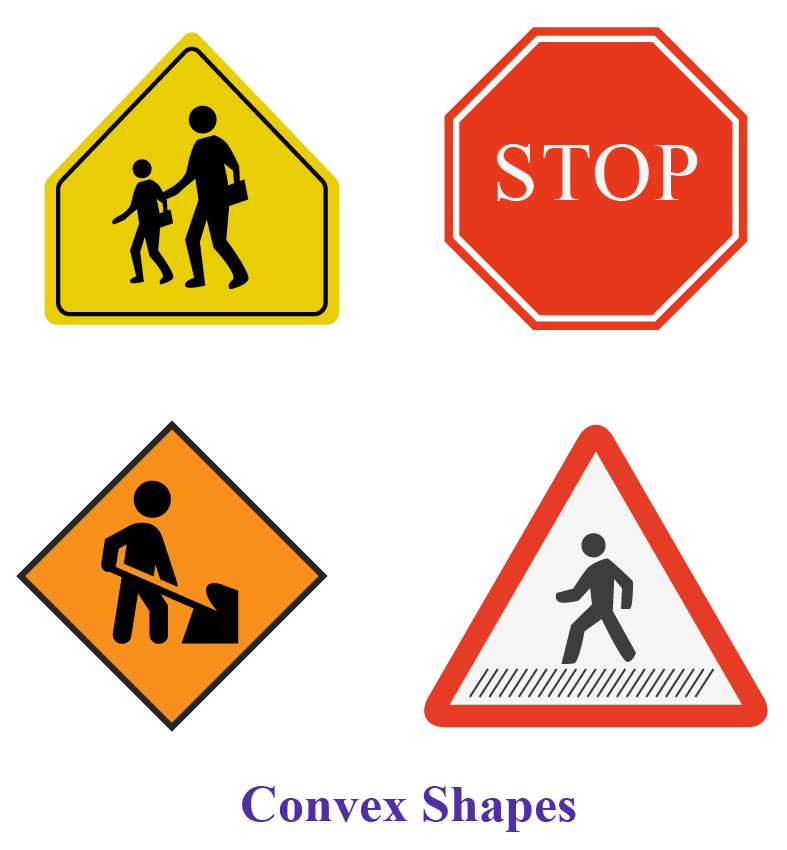 A convex shape in Geometry is a shape where the line joining every two points of the shape lies completely inside the shape. 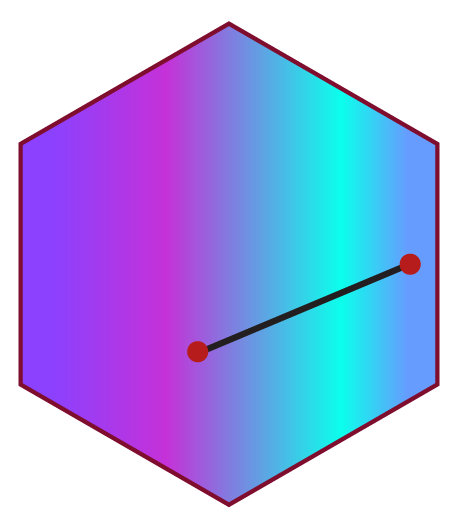 A convex lens, as its name suggests, points outwards.

A convex lens is also known as "converging lens." 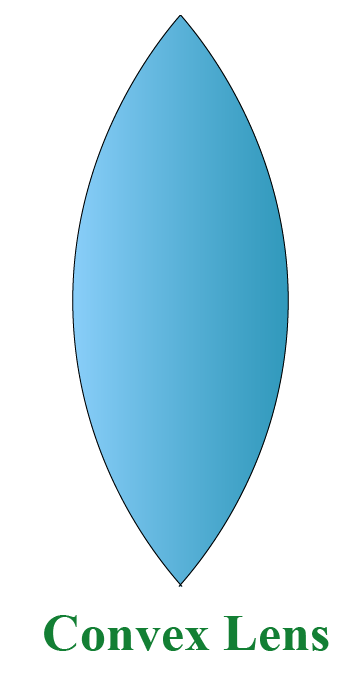 A convex polygon can be defined in three ways.

Some examples of convex polygons are as follows: 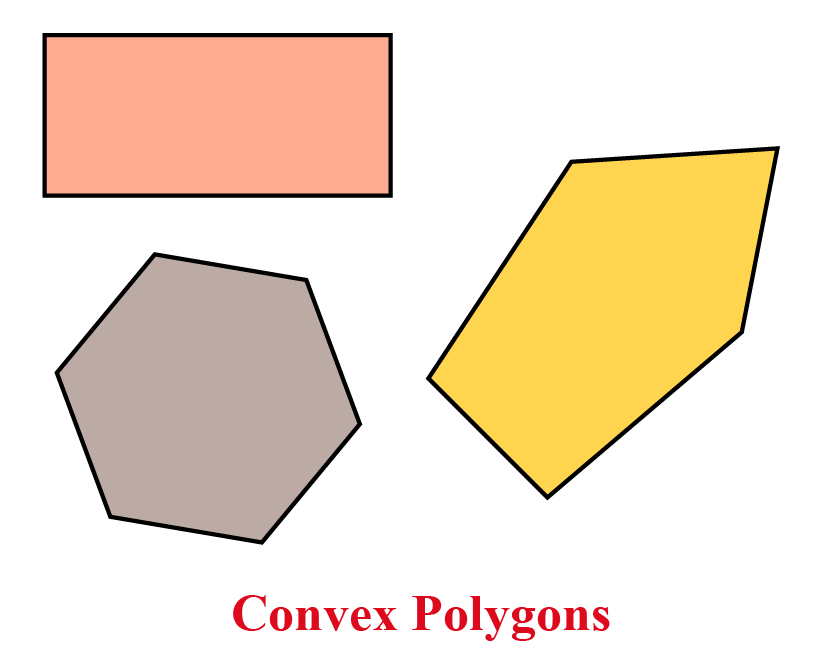 In a convex polygon of \(n\) sides, the formula for the sum of interior angles is as follows

In a convex polygon of \(n\) sides, the formula for the sum of exterior angles is as follows:

A concave shape is a shape where at least some portion of it "points inwards."

If we remove a slice of a pizza, it will look like this: 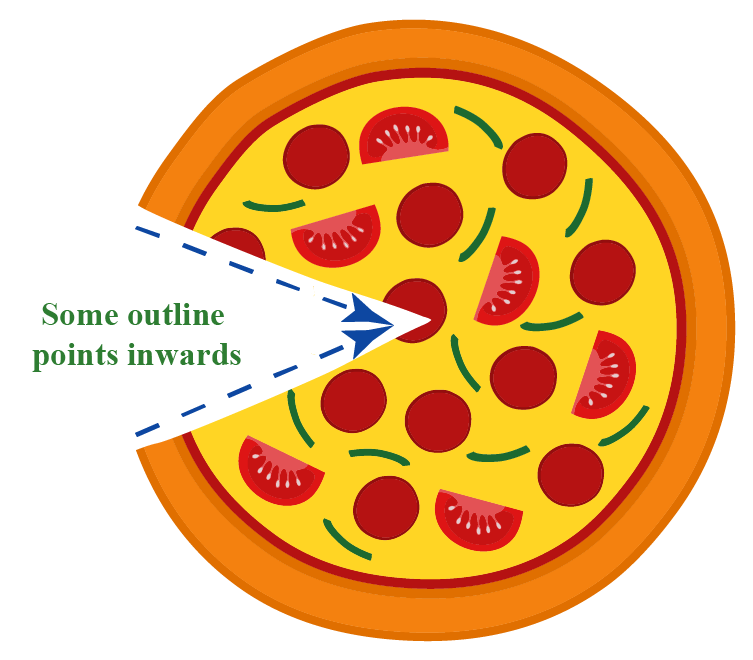 In the image, some parts of the pizza's outline points inwards.

Hence, it is a concave shape.

Some other examples of concave shapes are as follows: 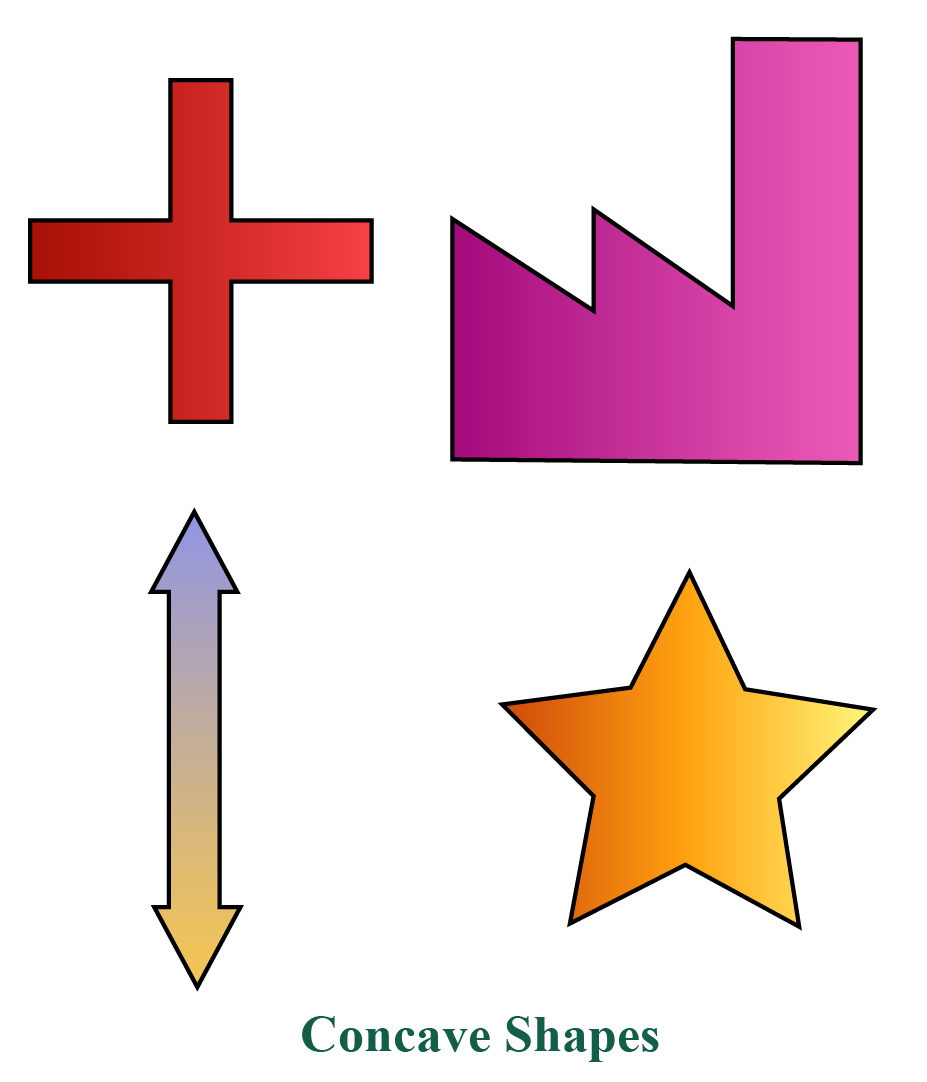 CLUEless in Math? Check out how CUEMATH Teachers will explain Convex Shapes to your kid using interactive simulations & worksheets so they never have to memorise anything in Math again!

Differences Between Convex and Concave Shapes (With Illustration)

The differences between convex and concave shapes are as follows.

You can identify the difference between the convex and the concave shapes by using the following illustration.

Here, you can drag the vertices of any polygon and see how it changes from "convex to concave" or vice versa.

What is the measure of an interior angle of a regular pentagon?

Hence, the sum of the interior angles of the pentagon is:

Since the given pentagon is regular, all \(5\) interior angles measure the same.

Therefore, the measure of each interior angle is:

Identify the convex shapes among the following. 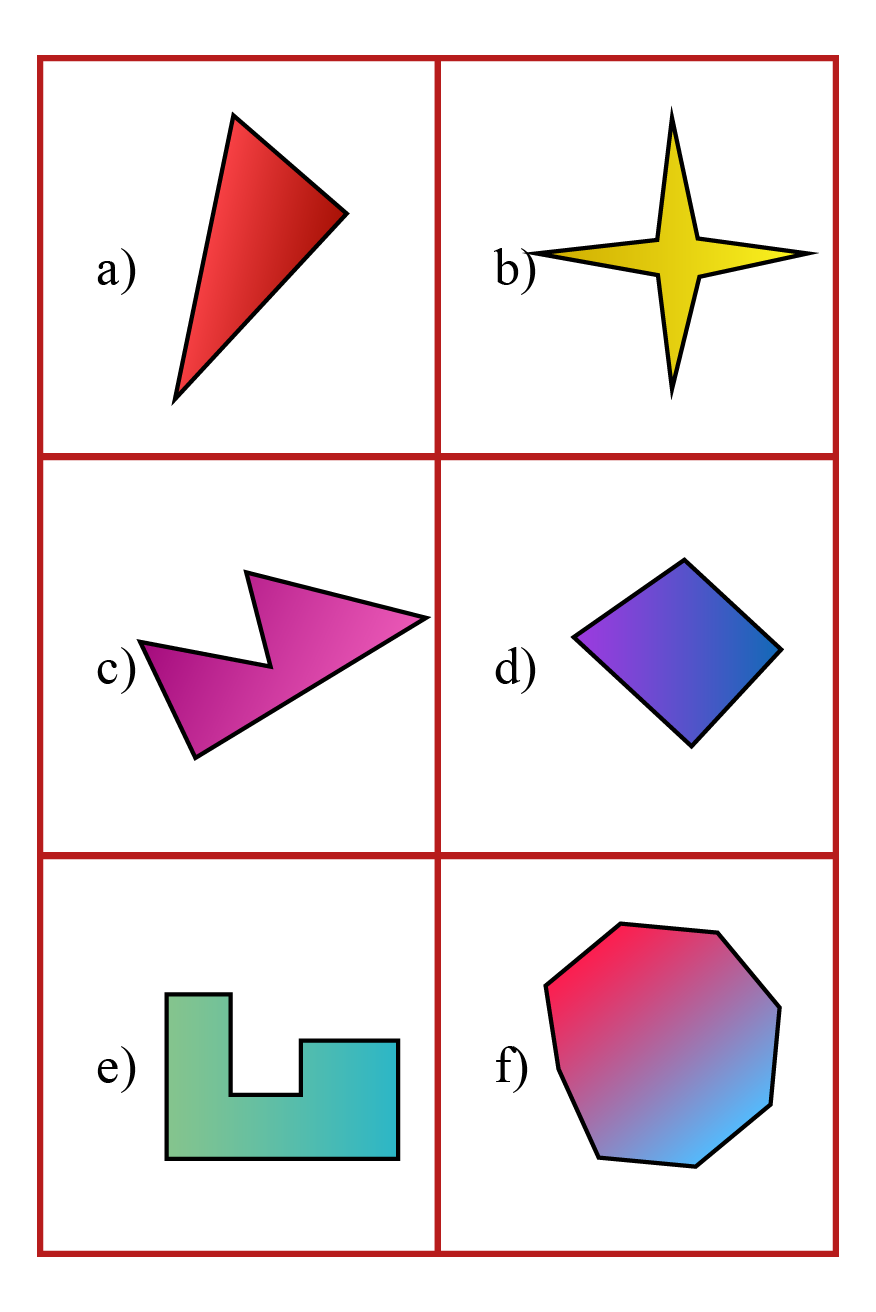 Among the given shapes, (a), (d), and (f) have all their vertices pointing outwards.

Therefore, these are the only convex shapes among the given shapes.

Find the measure of each exterior angle of a regular nonagon.

We know that the sum of all exterior angles of any convex polygon is \(360^\circ\).

Since the given nonagon is regular, all the exterior angles measure the same.

Thus, each exterior angle of a regular nonagon is:

1. What is the convex set? Give an example.

The convex set is a set in which the line joining any two points \(A\) and \(B\) in that set, lies completely in it.

A convex shape is a shape where all of its parts "point outwards."

In other words, no part of it points inwards.

For more details, you can refer to the "Convex Definition" section of this page.