In this interesting mini-lesson, we will learn how to convert 3/8 as a decimal. While doing so, we will also explore other fraction to decimal conversions such as 3/2 as a decimal and 1/10 as a decimal.

You can check out the interactive questions to know more about the lesson and try your hand at solving a few interesting practice questions at the end of the lesson.

Before we get started, let's see what Mr. Mike is confused about.

John is clueless as both the numbers do not have the same form.

He can answer the question with ease if he could represent both in the same form i.e. either both in decimal or in fraction. 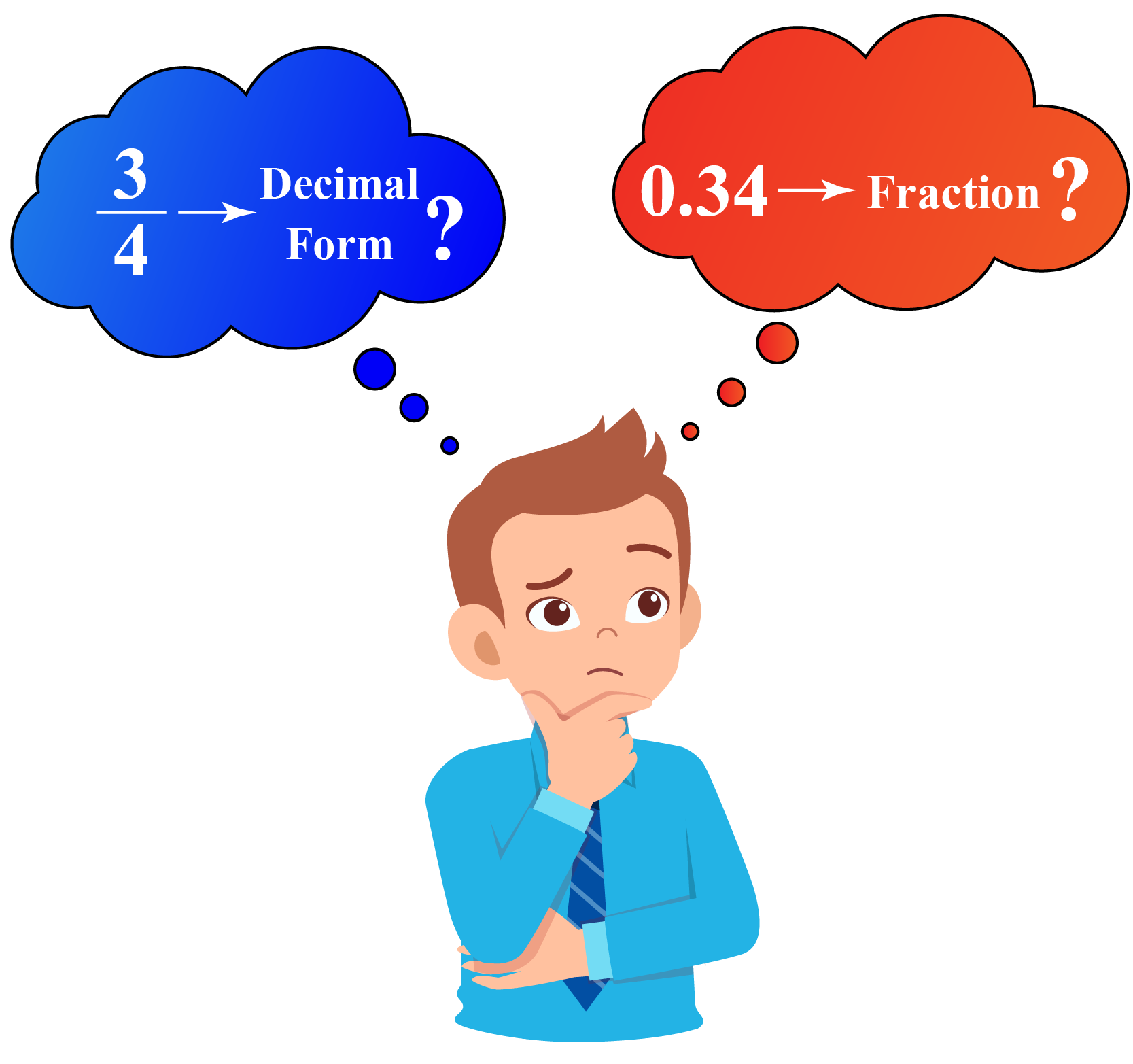 Let's see how to do that.

The word "Decimal" is derived from the Latin word Decimus which means one-tenth. The decimal system has base 10 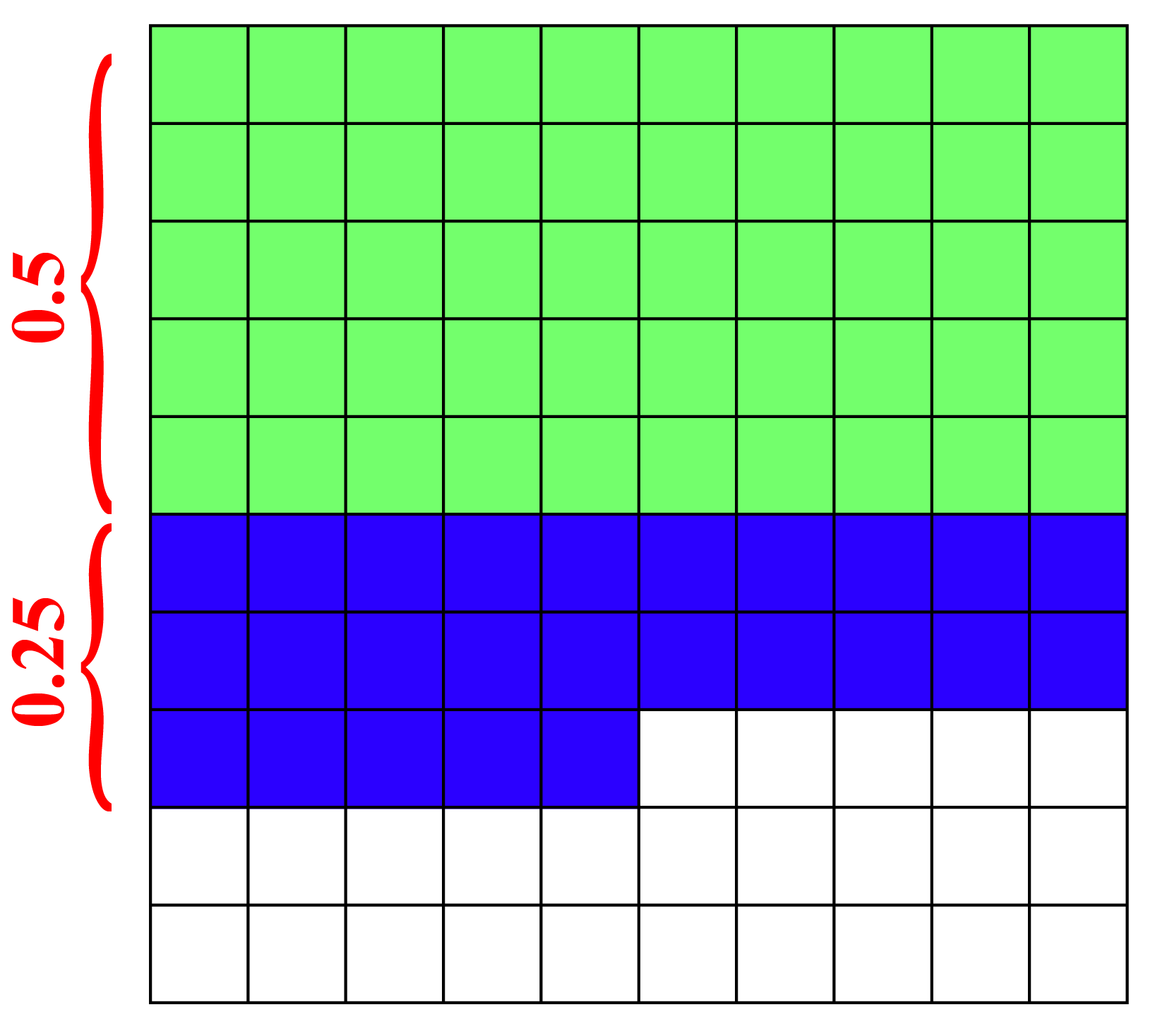 Let's proceed to learn the methods to convert 3/4 into decimal form.

The fraction \(\dfrac{3}{4}\,\)can be converted to a form with denominator 1 by finding its decimal form.

In this method, we use long division.

We obtain the remainder 3 on division. So, we continue the division till we get remainder 0 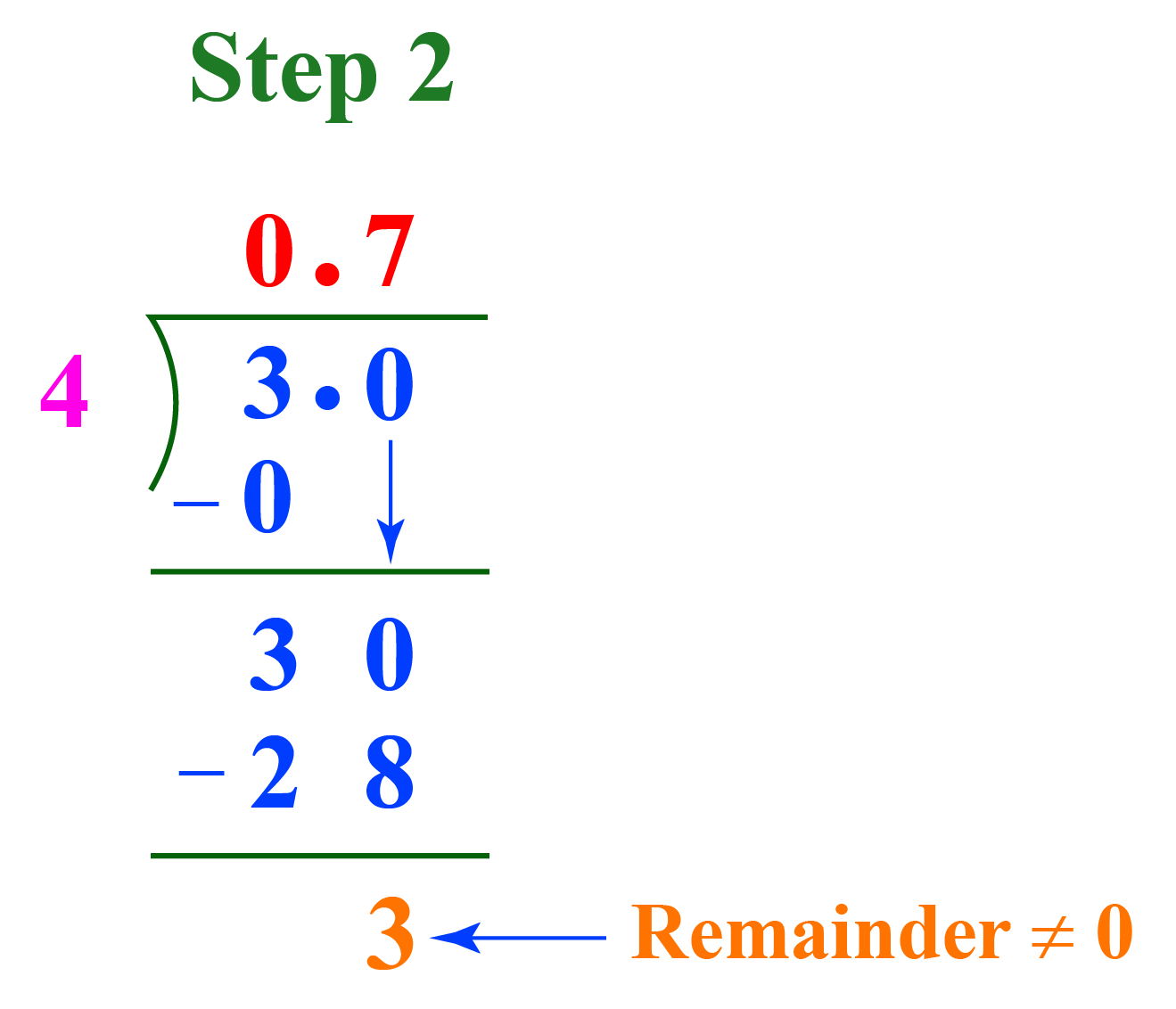 A decimal point is put after 3 and we add a 0 to continue division. This also introduces a decimal point in the quotient after 0. Now, we have the remainder 30

Remainder = 2. So, we continue dividing.

Put one more 0 after the decimal in the dividend and bring it down to make the remainder 20 now. 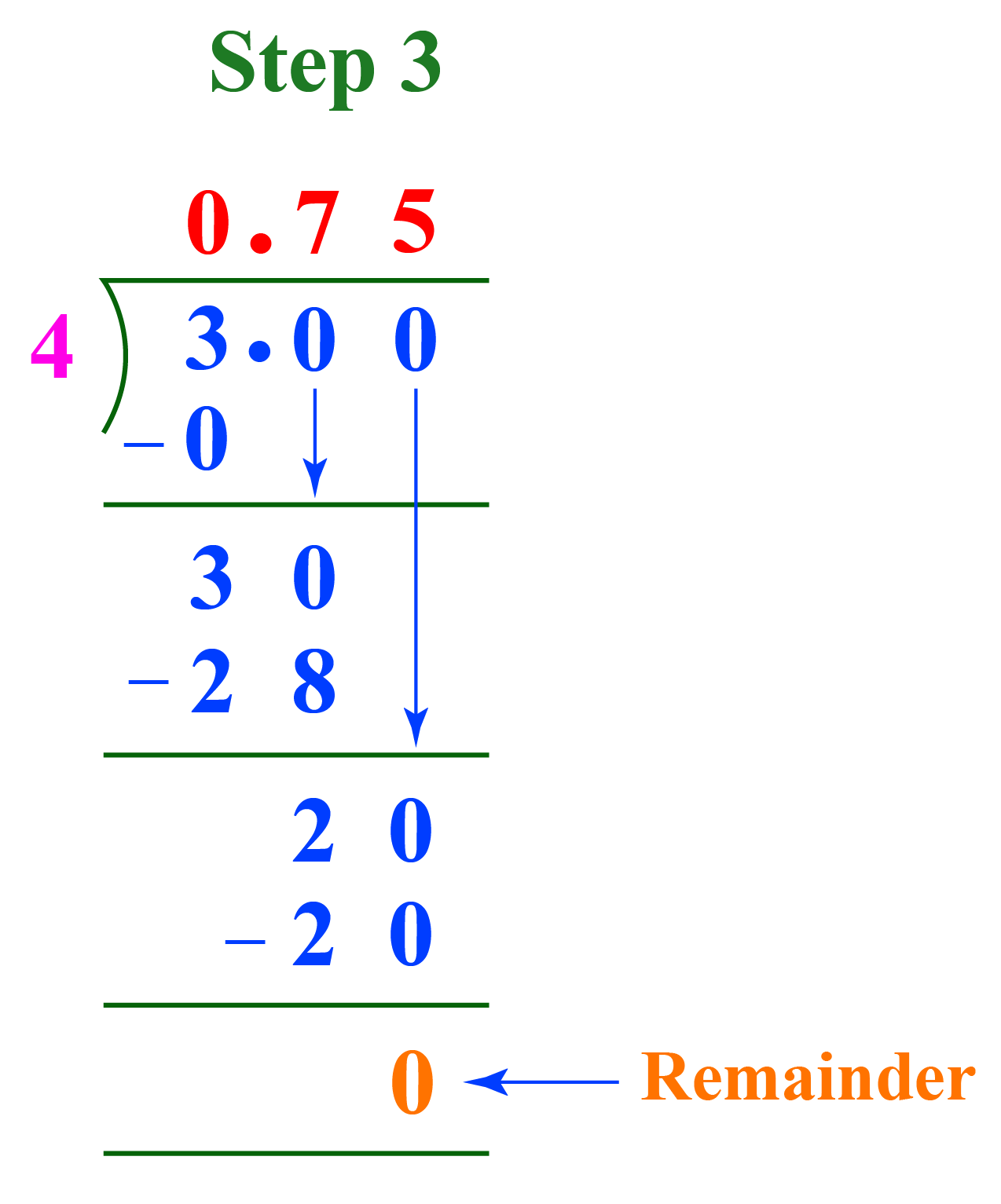 We can use this method for converting any fraction to decimal form.

Example: Let's try representing the fraction 3/8 as a decimal.

Example: Consider  \(\dfrac{3}{2}\), we can express 3/2 as a decimal by converting it into its equivalent fraction with denominator 10 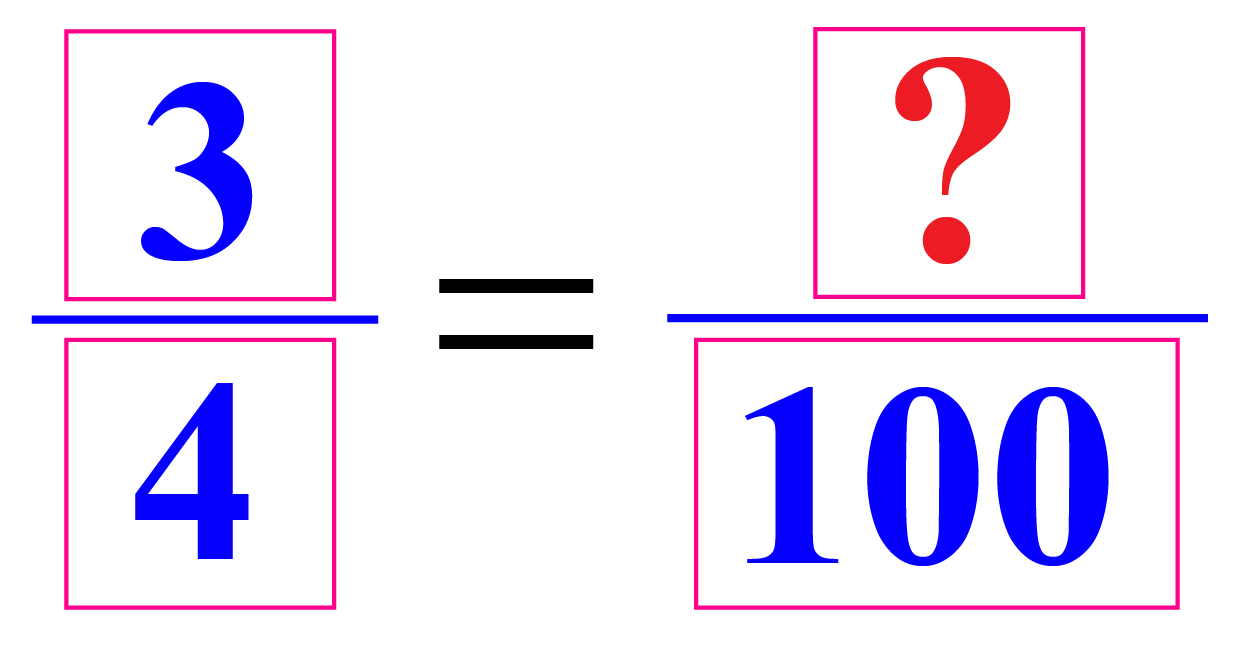 Now, observe that there are 2 zeros in the denominator.

So, there will be two digits after decimal in the numerator.

We can even convert a decimal to a fraction. For this, we consider the number of digits after the decimal.

Example: Take 0.15, there are two digits after the decimal.

Henry wants to express \(\dfrac{3}{2}\,\) as decimal. Can you help him by using the long division method to convert a fraction to decimal?

Let's use the long division method. 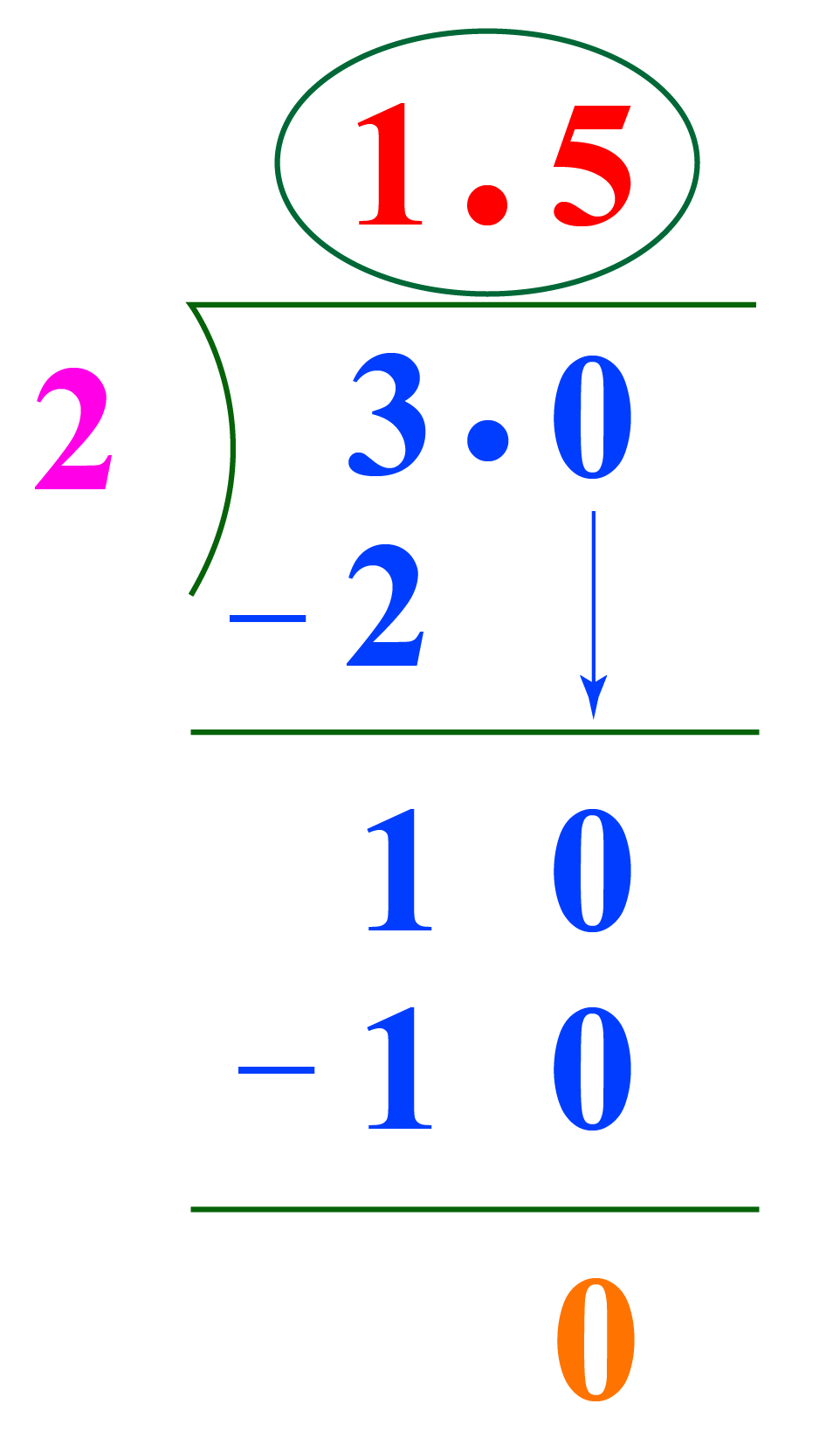 To answer this question, lets write 3/4 in its decimal form and then compare it with 0.34

We hope you enjoyed learning about fractions to decimal with the simulations and practice questions. Now, you will be able to easily solve problems on 3/4 as a decimal, fraction to decimal, 1/10 as a decimal, and other similar conversions.