The measure of one angle is 130°. What is true regarding the 130° angle and angle 3 in the given figure? 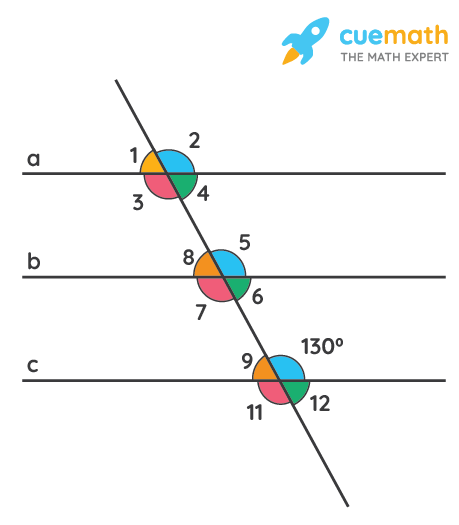 Parallel lines have many interesting properties which are very important geometrical concepts. Among them are the property of alternate and corresponding angles.

Let's understand the solution in detail.

Given in the figure are a set of three parallel lines.

In the given figure a is parallel to c, hence we can say that angle 3 = 130° by the alternate interior angles property.