Sequence and Series Formulas relate to the simple number series in math. 1, 2, 3, .... is the simplest example of arithmetic number series. This series has a regular pattern and it relates one term to the subsequent terms in the series. An example of geometric series is 2, 4, 8, 16, 32, ..... A harmonic series is of the form of 1, 1/2, 1/3, 1/4,....... Here the sequence and series formulas define the number relationship across each of the terms of these series.

What is the List of Sequences and Series Formulas?

Formula 1:
The nth term of an Arithmetic Series is as follows. Here a is the first term and d is the common difference between two consecutive terms. The number of d's in each term is one lesser than the term. There are (n - 1) d's in the nth term of the series.

Formula 3:
The nth term of a geometric series is as follows. Here a is the first term and r is the common ratio. The power of r is one lesser than the term of the geometric series. 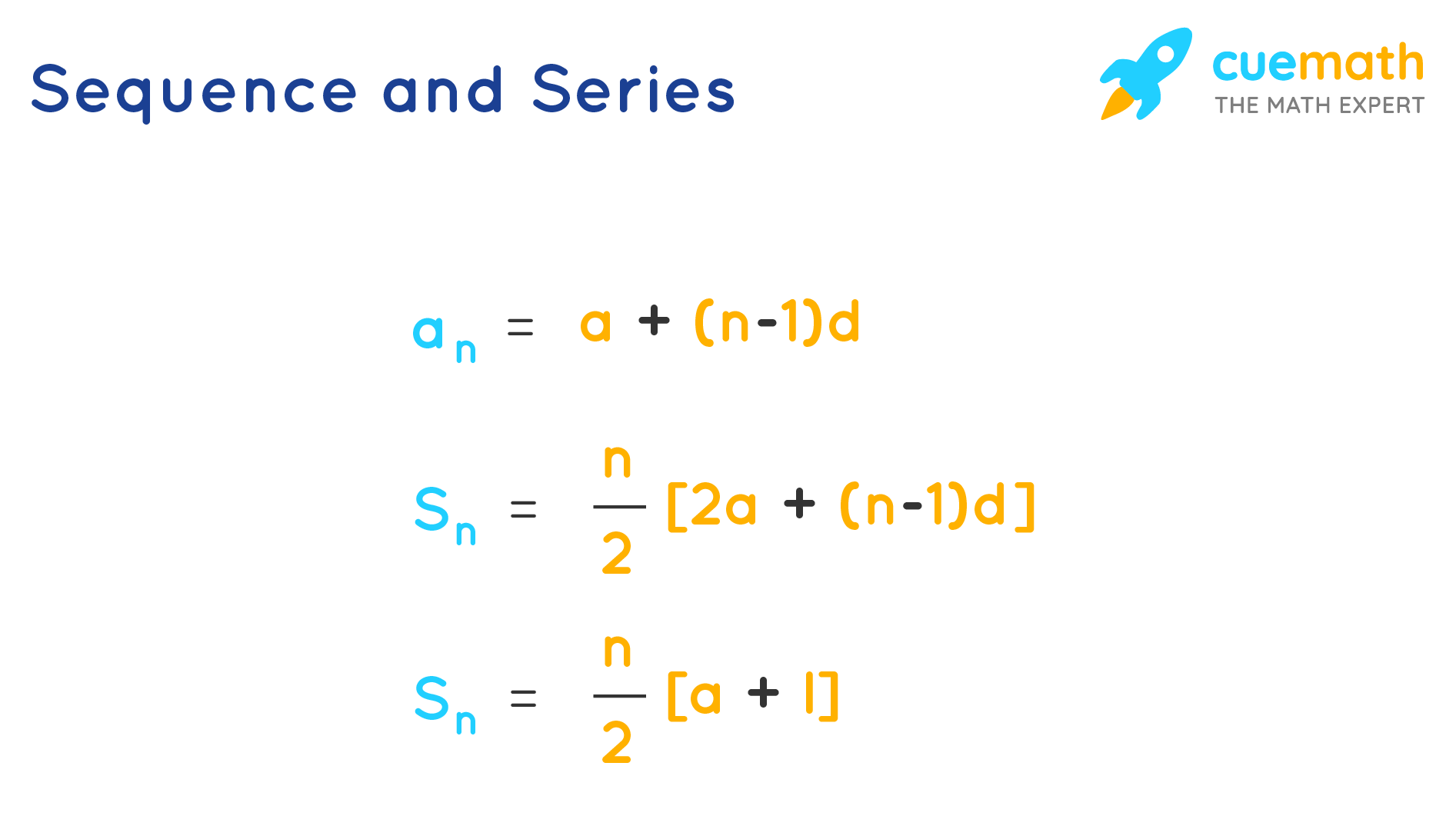 Let us check a few examples to explore the different sequences and series formulas.