Integration is a way of uniting the part to find a whole. In the integral calculus, we find a function whose differential is given. Thus integration is the inverse of differentiation. Integration is used to define and calculate the area of the region bounded by the graph of functions. The area of the curved shape is approximated by tracing the number of sides of the polygon inscribed in it. This process known as the method of exhaustion was later adopted as integration. We obtain two forms of integrals, indefinite and definite integrals. Differentiation and integration are the fundamental tools in calculus that are used to solve problems in math and physics. The principles of integration were formulated by Leibniz. Let's move further and learn about integration, its properties, and some of its powerful techniques.

Integration is the process of finding the area of the region under the curve. This is done by drawing as many small rectangles covering up the area and summing up their areas. The sum approaches a limit that is equal to the region under the curve of a function. Integration is the process of finding the antiderivative of a function. If a function is integrable and if its integral over the domain is finite, with the limits specified, then it is the definite integration. 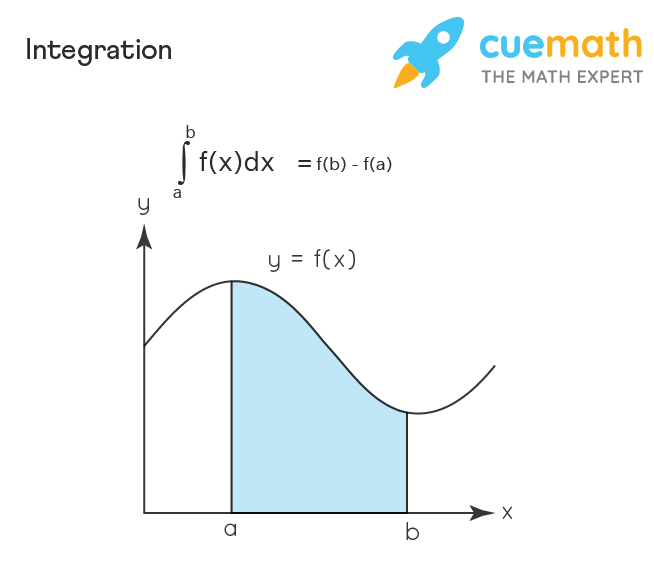 Thus we find that the derivatives of F(x) = f(x), however, the anti-derivatives of f(x) are not unique. The anti-derivative of f(x) is a family of infinitely many functions. In fact, there exist infinite integrals of this function because the derivative of any real constant C is zero and we can write as ∫ cos x. dx = sin x + C. It is the rule of integration to add an arbitrary constant C from the set of real numbers. Thus we conclude that, If \(\dfrac{dy}{dx}=f(x)\), then we write \(y=\int f(x) dx\) which is read as "Integral of f with respect to x." 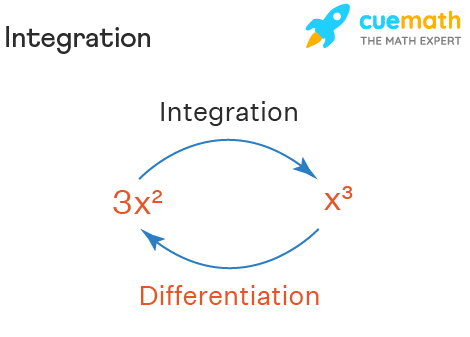 Integration an Inverse Process of Differentiation

We already know the formulas of derivatives of some important functions. Here are derivatives and their corresponding standard integrals of a few functions given as integration formulas. 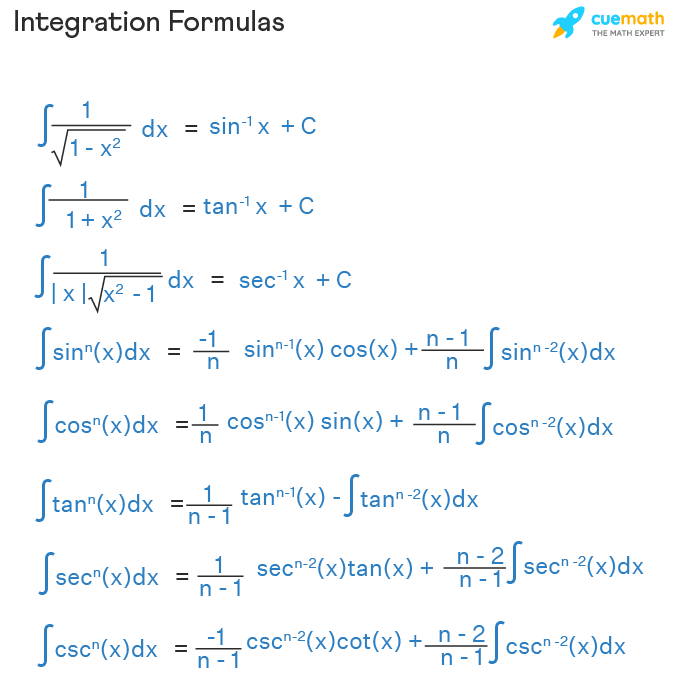 There are certain rules defined for finding integrals. They include:

A few properties of indefinite integrals are:

Sometimes, the inspection is not enough to find the integral of some functions. There are additional methods to reduce the function in the standard form to find its integral. Prominent methods are discussed below.

The methods of integration are:

The functions can be decomposed into a sum or difference of functions, whose individual integrals are known. The given integrand will be algebraic, trigonometric or exponential or a combination of these functions.

Applying the reciprocal rule and the power rule, we get

The integration by substitution method lets us change the variable of integration so that the integrand is integrated in an easy manner.

Note: The substitution for the variable of integration can also use trignonometric identities. A few important standard results are: 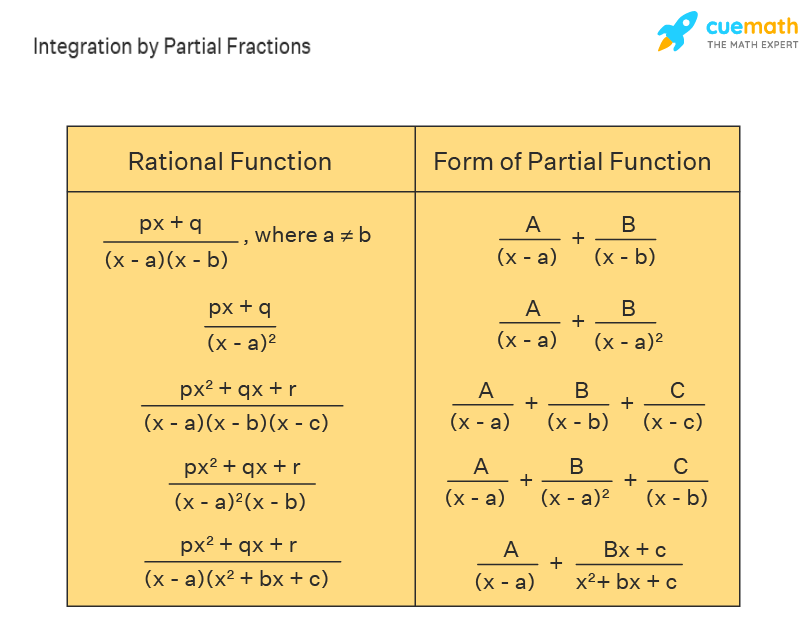 We will determine the values of A and B.

From this, we have a set of two linear equations.

This Integration rule is used to find the integral of two functions.

For example, let's find the integral of \(xe^{x}\) using integration by parts.

To integrate the rational algebraic functions whose numerator and denominator contain some positive integral powers of x with the constant coefficients, we use integration by partial fractions and arrive at a few standard results that could be directly applied as integration formulas.

The process of finding the antiderivatives of functions also known as integrals is called integration. It is the technique of finding a function, g(x), the derivative of which d/dx(g(x)), is equal to the function f(x). It is represented as ∫ f(x) and it is called the indefinite integral of the function.∫ f(x)dx is the summation of the product of the function and its displacement along x.

What is the Use of Integration?

What is The Integration of 1?

What are The Methods of Integration of a Function?

There are many methods to integrate a function. A few standard integrals are just finding the antiderivatives, for which the basic integration formulas are used. There are a few methods to be followed like substitution method, integration by parts, and integration using partial fractions. These are discussed here in this article.

What Are The Rules of Integration?

What is The Integration of √x?

How Integration is Used in Real Life?

The applications of integration in real life are mentioned below.

Why is integration important?

Calculus is centered on the concepts of derivatives and integration. In mathematics, we use integration to find the areas, volumes, displacement, etc. In fact, the concept of integration in calculus gave birth to integral calculus.