In the 19th century, Felix Klein proposed a new perspective on geometry known as transformational geometry. Most of the proofs in geometry are based on the transformations of objects. There are four types of transformations possible for a graph of a function (and translation in math is one of them). They are:

What is Translation in Math?

A translation in math moves a shape left or right and/or up or down. The translated shapes look exactly the same size as the original shape, and hence the shapes are congruent to each other. They just have been shifted in one or more directions. Since it is just moving of the shape from one place to other, there is no change in the shape.

Translation is one of the transformations in math. When a shape has been transformed, the original shape is called the preimage and the vertices are usually labeled using uppercase letters (Example: ABCD). The translated shape is called the image and the vertices are labeled using uppercase letters with a “prime” next to each (Example: A′B′C′D′, and is pronounced “A-prime, B-prime, C-prime, D-prime”).

In the below figure, the preimage is ABC and its image is A'B'C'. Here, ABC is translated in the following two ways (one after the other) to form A'B'C'. 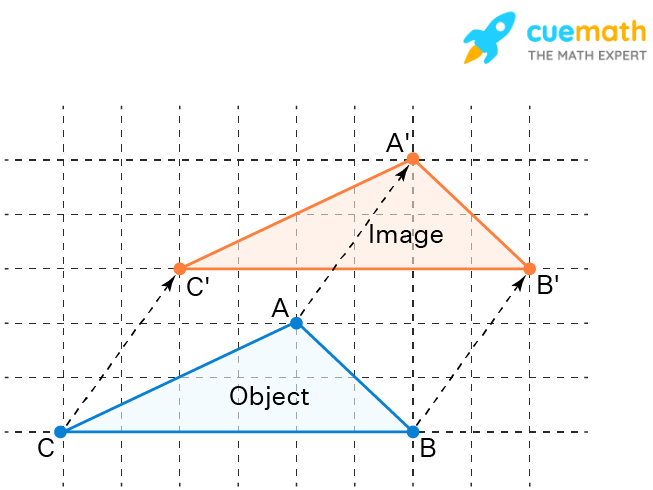 Note that while translating the triangle to the left/right/up/down, we moved all the points of the triangle by an equal number of units in the same direction.

Preimages and Images of Translation

Look at the following figure where ABCD is the preimage and A'B'C'D' is the image of ABC. 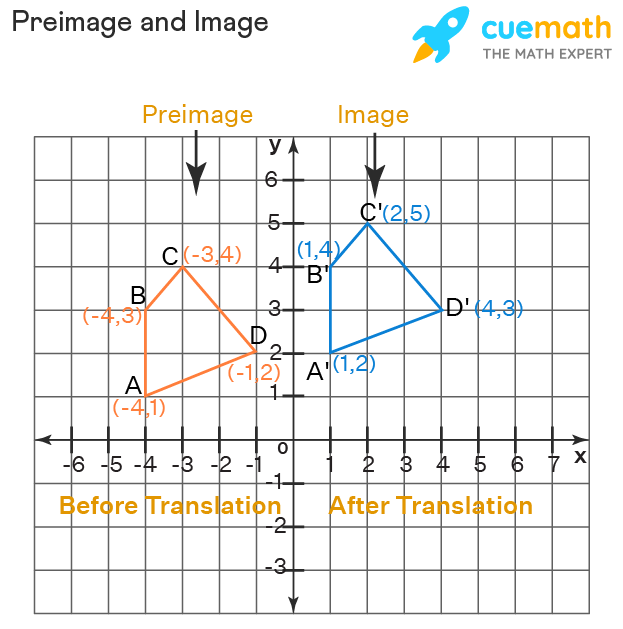 Translations on the Coordinate Plane

The coordinates of old point (preimage) are (x, y) = (2, 5). Now, applying the given transoformation to this point,

Thus, the coordinates of the translated point (image) are (0, 8).

How to Graph Translations in Math?

To graph the translation of a shape, we follow the steps below:

Let us compute the new coordinates of each of the given vertices.

Let us just plot the preimage and the image. 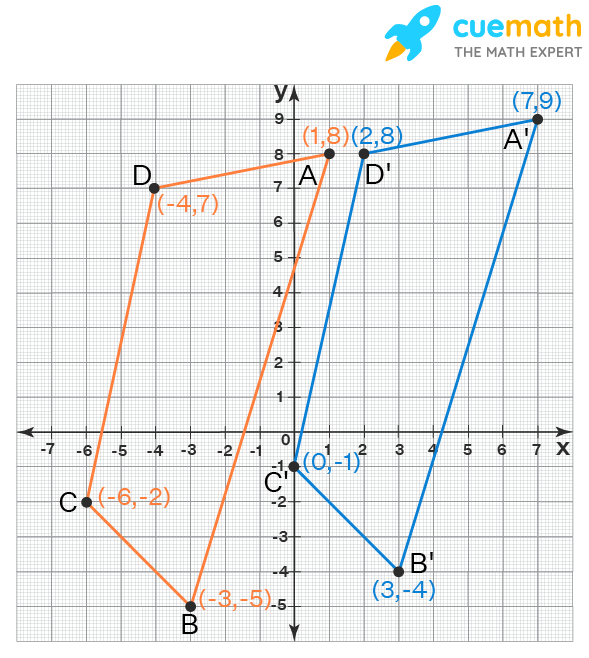 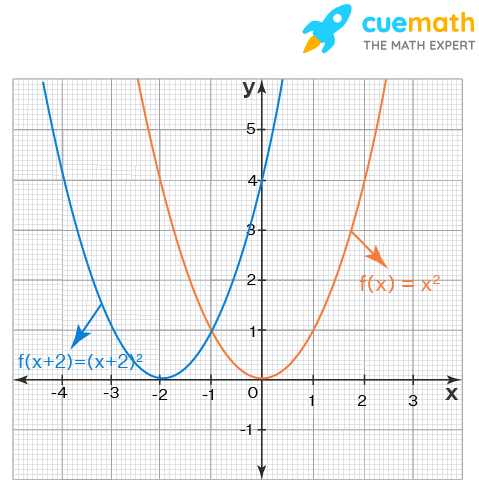 Rules of Translation of Functions

By the above observation, the rules for writing the translated functions can be summarized as follows:

Here are some examples:

To graph the translated graphs, we can move the given graph left/right/up/down using the above rules. Instead of this, we can translate a graph using the coordinates of some points on it. To graph a function translation f(x + k) + C when the graph of the function f(x) is given, just take some important points of the graph (where the shape is changing or taking turns) and find the new x and y coordinates of each point as follows.

After finding all the new points, just plot them and join them. This would give the translated graph. You can find an example of this process in the "Examples" section below.

Translation Represented by a Column Vector or Matrix

The translation of any object can be represented by a column vector or column matrix as: \(\left(\begin{array}{l}
a \\ \\
b
\end{array}\right)\),

In the following figure, triangle ABC is being translated to triangle A’B’C': 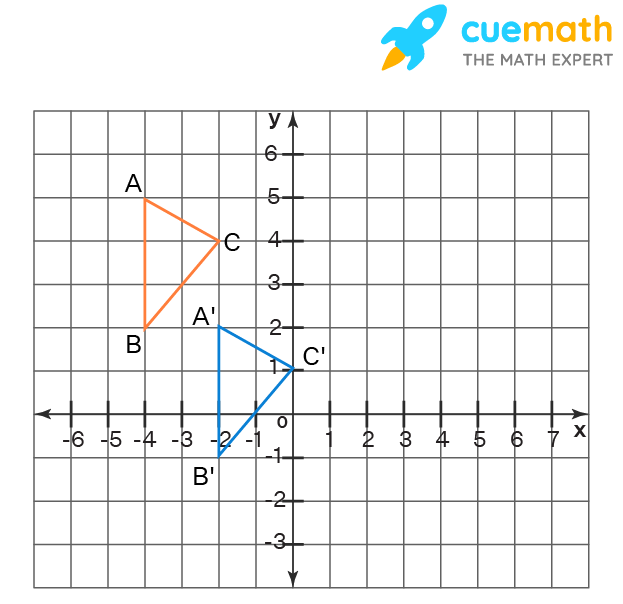 What are Translations Math?

A translation in math (also called an isometry) is a transformation of a shape in a plane that preserves length, which means that the object is transformed without getting its dimensions affected. i.e., it may just be shifted to left/right/up/down.

What is the Process of Graphing Translations?

To graph translations, take care of the following things:

Just take care of the above things and move the shape accordingly while graphing translation.

How Do You Solve Translations?

Translation for any object can be solved in two sections, depending on whether the object is translated horizontally, vertically, or both. A function, f(x), after translation can be represented in the general form as f(x) = f(x + k) + C, where

What are Translations Rules in Math?

The basic rules to be followed while translating an object are as follows:

How to Graph Functions Translations?

To graph the translation f(x + k) + C of a function f(x) in math, follow the steps below.

How Do You Translate a Shape in Math?

Translation of an object in the coordinate plane involves alteration in the position of the shape by a given number of units in the given direction. The size and shape remain unaffected after the translation. While translating, all the points will shift by the same number of units. If one point on the shape shifts by 4 units to the left, then all the points also will move 4 units to the left.