Go back to  'Commercial Math'

Proportion is a mathematical comparison between two numbers.

Let's say, your friend has invited you to a birthday party.

Your friend has also invited other children from your school and tuition.

You are excited because you are good friends with some children from school and some from the tuition, and you can't wait to play with all of them at the party.

We can do this comparison in the form of proportions.

By counting the numbers under each group, you will get an idea of how many of those attendees are your friends from each group.

This is how we use proportions.

So, what is a proportion?

According to the proportion definition, we say that two ratios are equivalent, then it is called a proportion.

A proportion means two ratios which have been set equal to each other.

A proportion formula is an equation that can be solved to get the comparison values.

There are two types of proportions.

There are many situations in our daily lives that involve using direct proportion.

How long will she take to run 2 meters?

Let's see how to solve this example using proportions.

In this example, meters (distance) is in proportion to seconds (time taken). 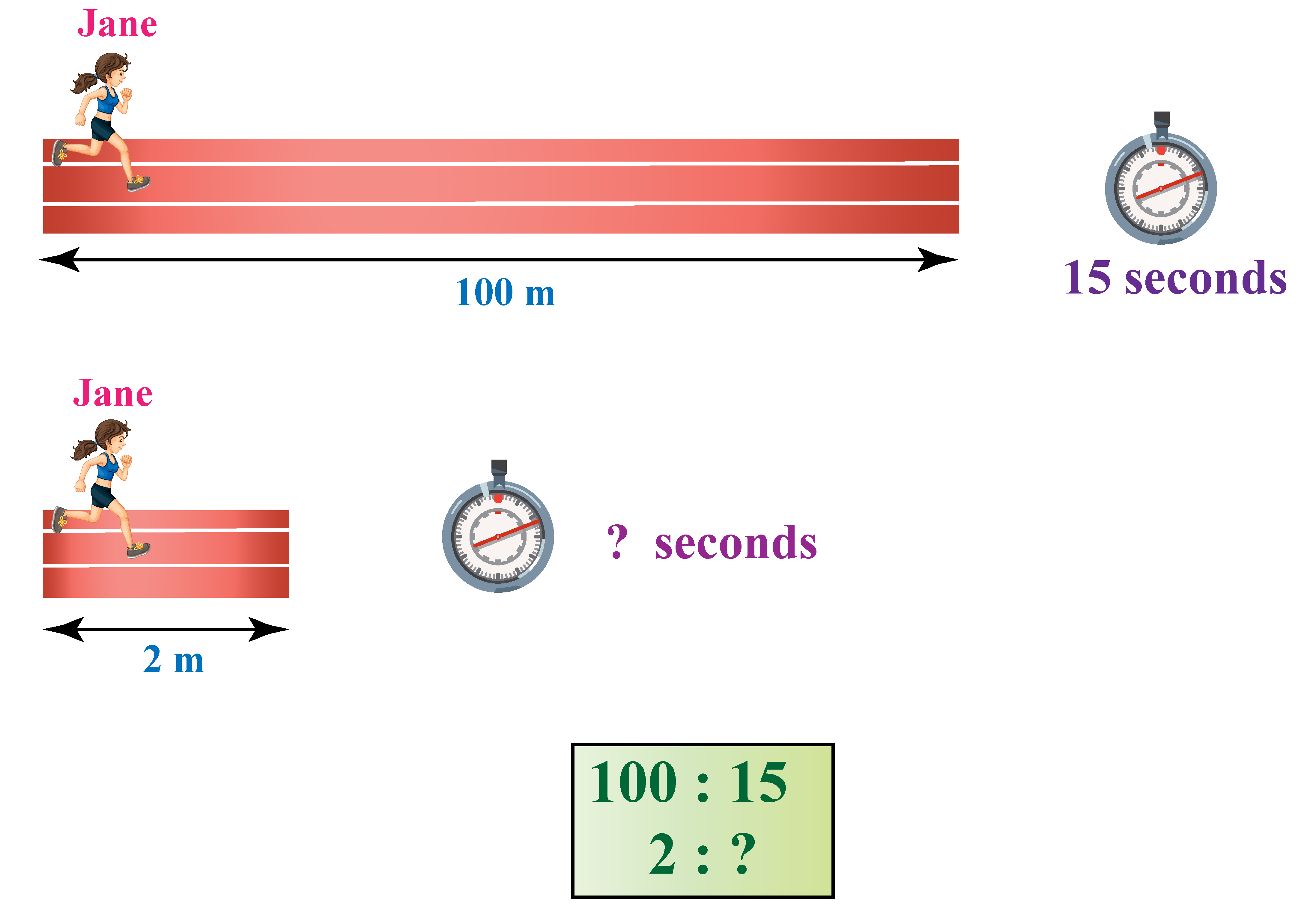 We can say that:

Here, the distance covered is directly proportional to the time taken.

There are many situations in our daily lives that involve inverse proportion.

You can visualize this example using the simulation below.

The two quantities, the number of workers \(x\) and the number of days \(y\) required are related in such a way that when one quantity increases, the other decreases.

In notation, inverse proportion is written as: In the figure above,

In this section, you will learn about the important properties of proportion which will help you in proportion calculations.

If two ratios are equal, then their reciprocals must also be equal as long as they exist. 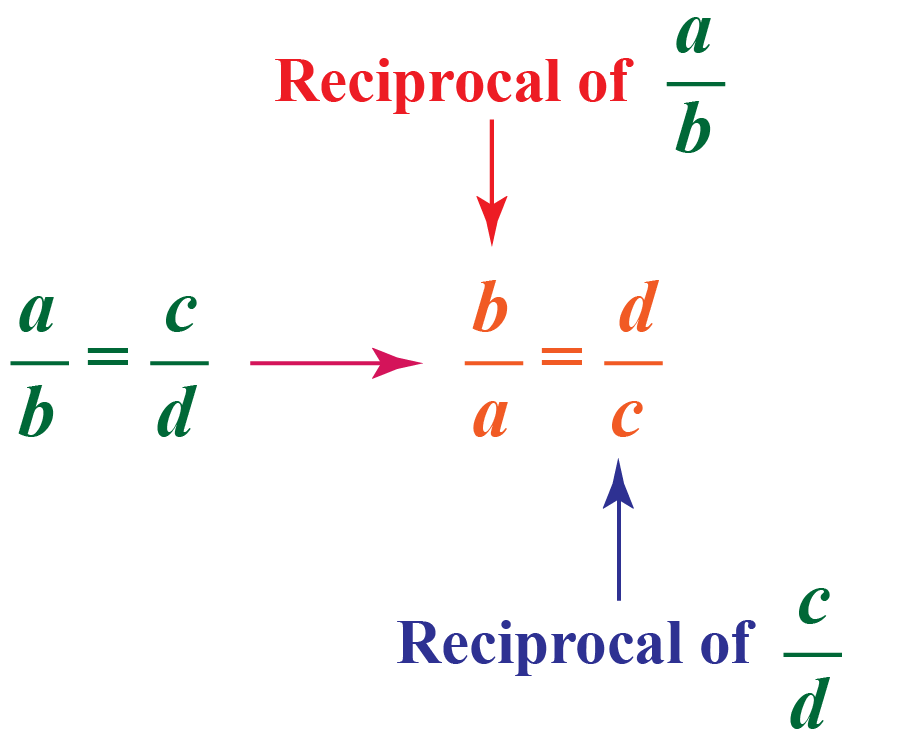 The properties of proportion are summarized in the table below.

My mother's recipe to make pancakes says, "to make 20 pancakes, you have to use 2 eggs."

How many eggs will I need to make 100 pancakes?

Will I need a dozen eggs or half a dozen?

If we write the unknown number in the numerator, then we can solve this as any other equation.

At this rate, how far could she run in 45 minutes?

Hence, if we do the proportion math, we get :

Finding the cross products and setting them equal, we get:

Dividing both sides by 30, we get:

In an apartment, nine taps can fill a full tank in four hours.

How long do you think it will take if twelve taps of similar flowrate are used to fill the same tank?

Does it fill the tank faster or does it slow the process? It takes nine taps to fill the tank in 4 hours.

This is inverse proportion problem, so,

Let's assume that the time taken to fill the same tank using 12 taps is \(x\).

Therefore, as the number of taps increases, inversely the time taken to fill the tank decreases.

So, 12 taps fill the tank much faster than 9 taps. Scale factor implies that the perimeters are in proportion to this ratio.

The proportion will be as follows:

Cross multiply and solve for \(x\).

I want to make a nice fluffy cake on my mother's birthday.

To bake a perfect cake, I need to use sugar and flour in the proportion of 1:1

If I have 3 kg of sugar available to make a 6 kg cake, how many kilograms of flour is required?

The simulation below will show you the right mixing proportions for the cake.

Let the quantity of flour required be \(x\) kg.

We need to find the quantity of flour required for a 6 kg cake.

The proportion will be:

Want to understand the “Why” behind the “What”? Explore Proportion with our Math Experts in Cuemath’s LIVE, Personalised and Interactive Online Classes.

2. What is the proportion formula?

3. What is proportion and ratio?

Ratio: The relative size of two quantities expressed as the quotient of one divided by the other; the ratio of a to b is written as a:b or a/b.

Proportion: An equality between two ratios.

4. What is direct proportion? Give an example.

When two variables \(x\) and \(y\) are such that the ratio remains a constant, we say that y is directly proportional to x.

5. What are the 3 kinds of proportion?