The circumcircle of a polygon is defined as the circle that passes through all of its vertices or corners of a shape and all these polygons are known as cyclic polygons. However, not all polygons come under this criteria but only regular polygons, triangles, rectangles, and right-kites have circumcircles. The center of this circle is called the circumcenter i.e. the center or origin of the circle and its radius is called the circumradius i.e. the radius of the polygon's circumcircle. Look at the image below to understand it better. 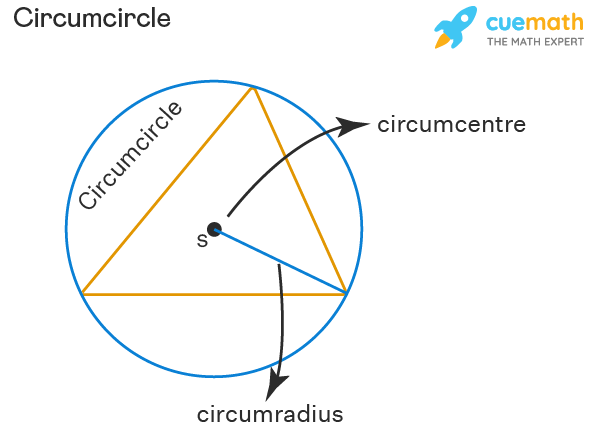 A circumcircle can also be referred to as circumscribing a polygon or circumscribed circle. Circumscribe or circumscribing is to construct or be constructed around a geometrical figure or polygon so as to touch as many points of the vertex as possible. Any figure is said to be circumscribed when one shape is drawn outside another shape touching the corners. For example, if a circle circumscribes a pentagon, it must touch all the 5 vertices of the pentagon. 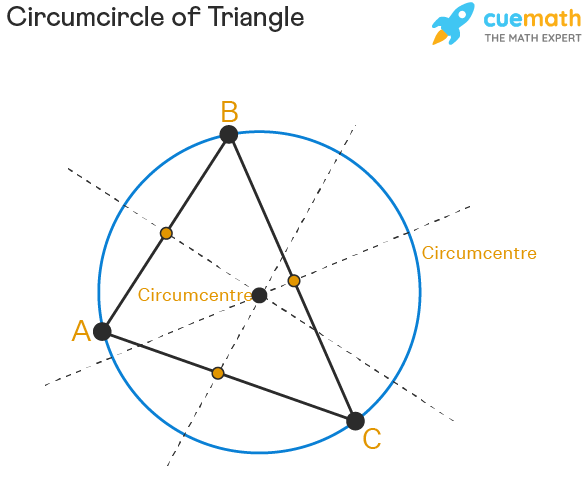 Steps to Construct a Circumcircle

For constructing a circumcircle of a triangle, we need to find construct perpendicular bisectors on either side of the triangle that intersects at a point called the circumcenter of the circumcircle. The three simple steps of construction are: 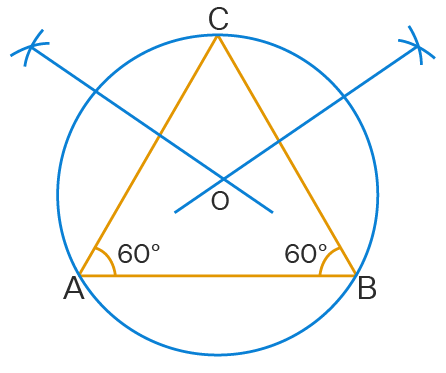 Any shape can circumscribe any other shape. Here are a few circumscribed shapes or circumcircles with their illustrations:

What is a Circumcircle?

A circumcircle is a circle that passes all the vertices of a regular polygon.

What is the Difference Between Circumscribed and Inscribed?

How Do You Find the Radius of a Circumscribed Circle?

What is an Inscribed Circle?

An inscribed circle is the circle that is drawn inside any other figure.