Data Handling is a  process of gathering, recording, and presenting information in a way that is helpful to others in using (read or fetch information) for instance, in graphs or charts. It is sometimes also known as statistics.

It is also used for comparing data and taking out mean, median, and mode. Which is useful for both maths and science.

Data is often organized in graphs or charts for analysis and may include facts, numbers, or measurements.

Data handling is a set of skills, which includes, collecting data, keeping records of data, analysis of data, and sharing data. Data handling may be as simple as orderly recording on a sheet of paper or the completion of entry forms on a computer screen.

Download the PDF below to understand the types of data used in Mathematics and its applications.

Data can be represented in different types, for eg:

We will discuss here Bar Graphs and Line Graphs as they are the most common methods of data representation.

Example: The given bar graph represents Demand and Production for five companies A, B, C, D, and E. On the basis of the graph, answer the following questions. 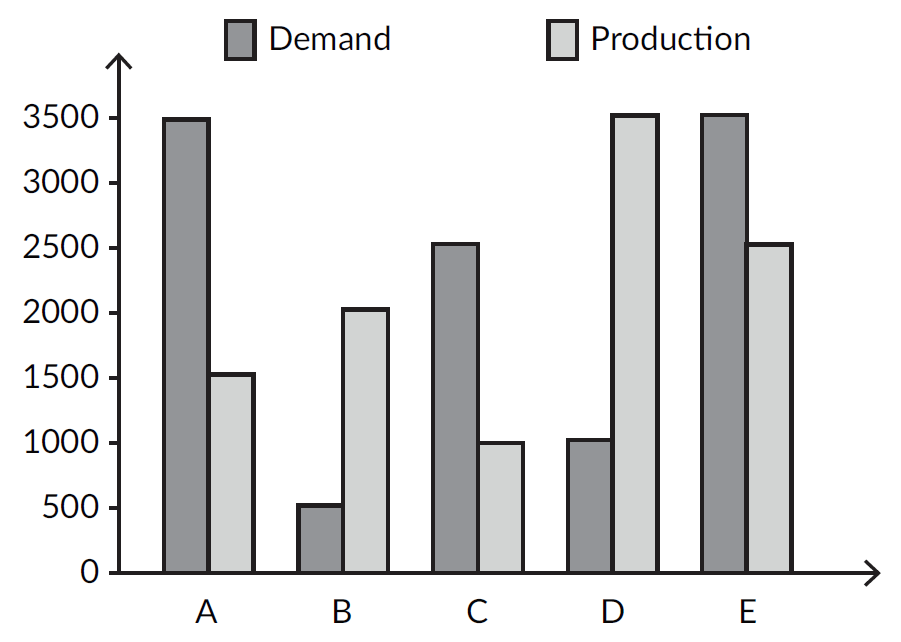 Example: The given line graph shows the number of cameras sold by a ship from July to December. 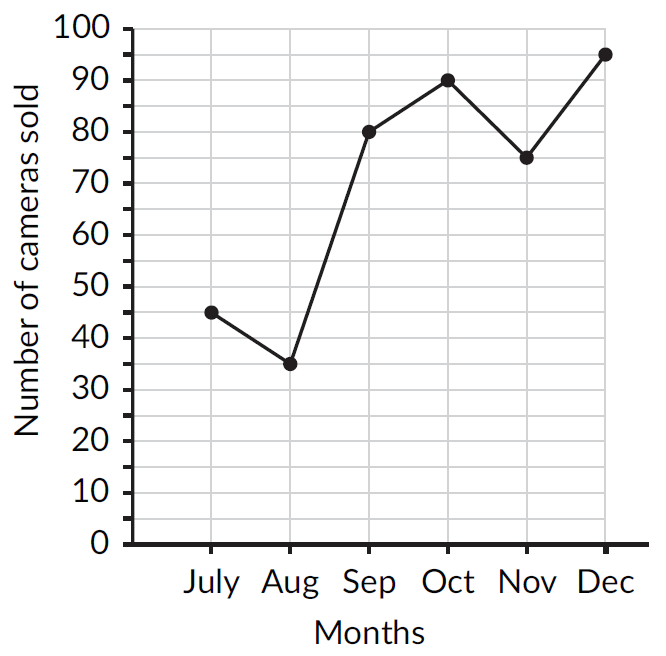 Calculation of Mean, Median, and Mode

Mean means average. To calculate the mean, add together all of the numbers or data points (values) in your data set. Then divide that sum by the number of values in the data set.

Median is the middle number when listed in either ascending (least to greatest) or descending (greatest to least)  order.

The mode tells us the number that occurred the most often in the data set.

The Range is the difference between the highest and lowest values in the data set.

Mode=9; the number that occurs most often

Range=13-1=12; the difference between the highest and the lowest values in the data set.

What we learned in the above article, we can summarise in below points.

Data handling is used for organizing ur data properly

Importance --
1)In libraries -To keep a record of books.
2)Doctors keep records of patients
3)Meteorologists take records of the weather
4)Astrologists record the movement of stars
5)For recording water levels in rivers.
6)For recording the economical income of each household.
7)For recording on a graph, the progress you have made in your studies

Cuemath, a student-friendly mathematics platform, conducts regular Online Classes for academics and skill-development, and their Mental Math App, on both iOS and Android, is a one-stop solution for kids to develop multiple skills. Understand the Cuemath Fee structure and sign up for a free trial.

How to find mean in data handling?

Mean is nothing but the average of the set of data given. To calculate the mean, add together all of the numbers in your data set. Then divide that sum by the number of values in the data set.

What is class size in data handling?

Class size is nothing but called range, which is the difference between the upper limit and the lower limit.

What is data handling?

A collection of data represented in a particular manner, to take out some valuable information.