97 is a prime number. This means it appears only in the multiplication tables of 1 and 97, No other number can divide it completely. Let us learn more about the number 97 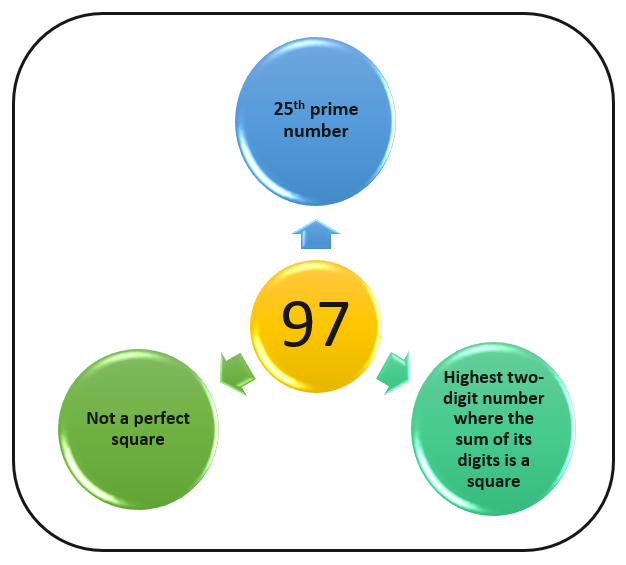 Check out the interactive solved examples to know more about the lesson and try your hand at solving a few interesting practice questions at the end of the page.

What is a Prime Number?

A whole number that cannot be written as the product of small numbers is called the prime number.

The numbers which have only two factors either 1 or the number itself are known as prime numbers.

Prime numbers from 1 to 100 are color-coded in the picture given below. 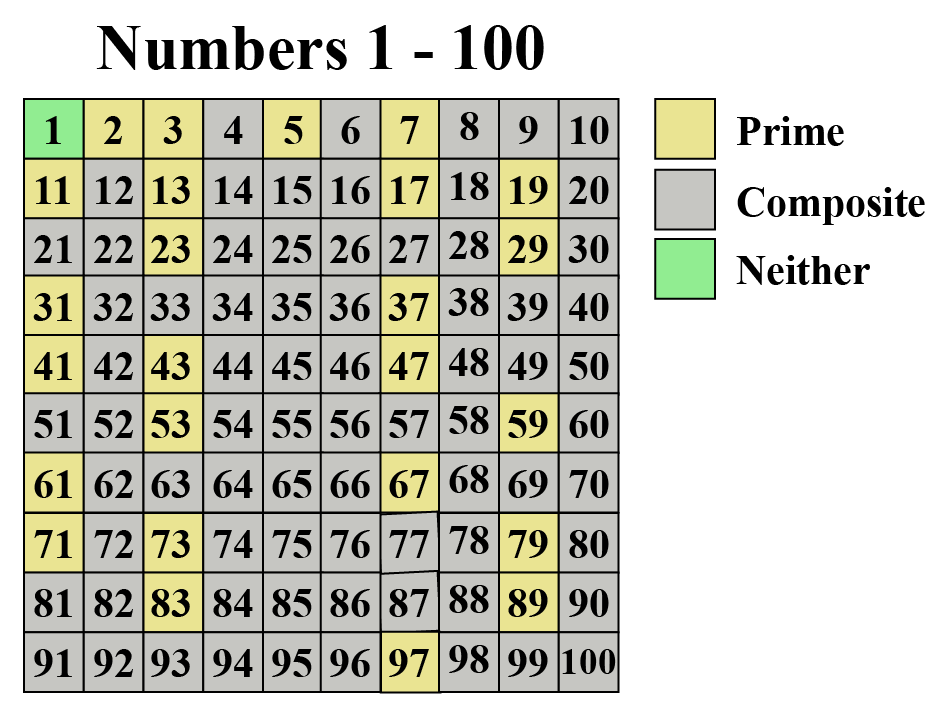 The numbers which have more than two factors are known as composite numbers.

The numbers which are not highlighted in the above picture are composite numbers.

The number 97 has only two factors one is number 1 and the other is 97 itself. 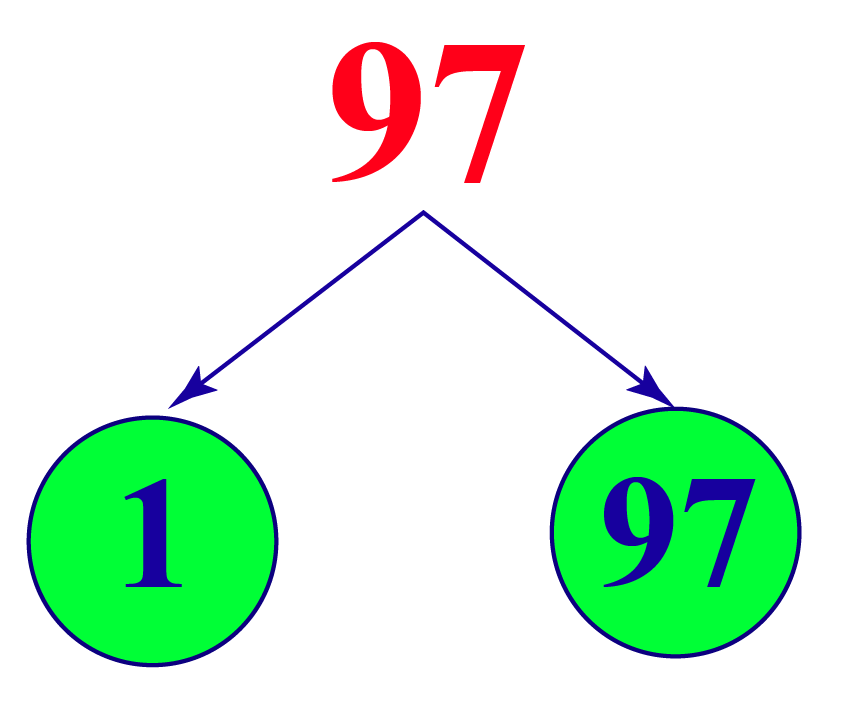 No other integer number divide 97 completely, hence 97 is a prime number.

Is 97 a Composite Number?

A number either can be a prime number or a composite number it can not be both at a time.

Which number on multiplying with (-1) gives 97?

Yes, all the above-given numbers are prime numbers since they only have two factors 1 and the number itself.

So, Ron is correct.

Ashley challenges her friends and asks them to find the nearest number to 97 which is a perfect square. What is the number on her mind?

Interactive Questions on Is 97 a Prime Number

1. What is the prime factorization of 97?

97 is a prime number that has only two factors 1 and 97. It cannot be factored.