What is the Direct Variation Formula?

Let's consider two variables x and y. If the quantity y is directly varying with respect to the quantity x i.e, y ∝ x,  then the direct variation formula is given by,

k is the constant of proportionality.

Since the variables y and x are in a directly proportional relationship, their ratio is always a constant number i.e, k.

Below is the graph is shown for the direct variation relationship between x and y. 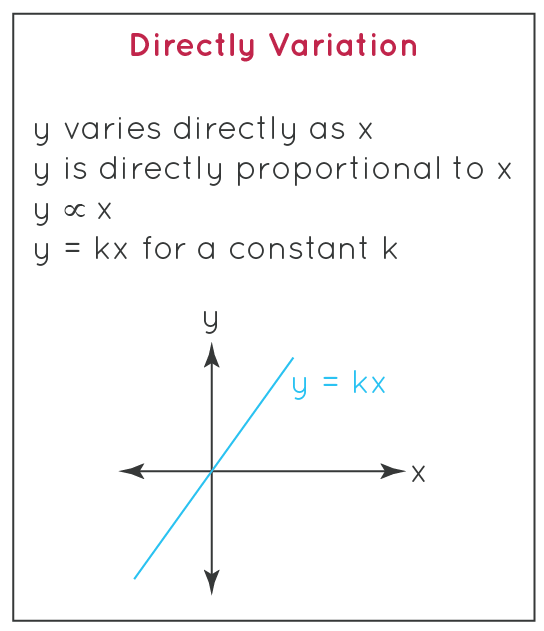 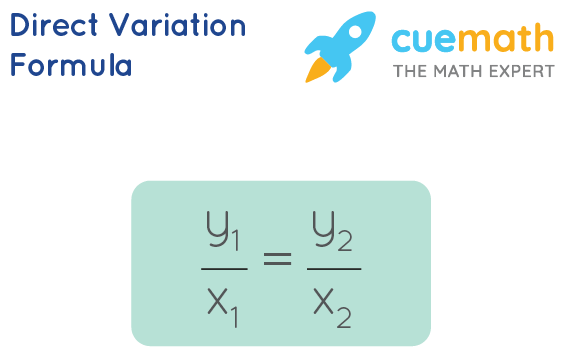